For the first time, the Manipur cabinet met on July 14 outside state capital Imphal. Chief minister N. Biren Singh strategically thought of holding the meeting with his cabinet ministers in Churachandpur town, the site of the violent protest in 2015 against the passage of three controversial bills in the assembly, which were shepherded by the former Congress government.

Local media reports stated that the chief minister and his council of ministers were accompanied by the parliamentary secretaries to Churachandpur, situated about 70 kms from Imphal. The entourage stopped at a couple of places on the way where villagers accorded them a warm welcome. It was Biren’s first visit to those areas after taking over the reins of the BJP-led government in March.

Later, the meeting took place at the Churachandpur district headquarters, where local people were reported to have appreciated the move. Biren called it “a historic day” and a “remarkable step”, adding, “It is just the beginning of the new government which has committed itself to uplift the hill areas of the state.”

“In just 100 days my government has tried to deliver good and inclusive governance,” he said.

On May 24, after a deadlock of 632 days, the bodies of eight people who allegedly died in police firing in 2015 in Churachandpur town were buried after the chief minister held a few rounds of talks with the joint action committee (JAC) spearheading the protest, demanding that the then Okram Ibobi Singh government keep aside the three bills, which they felt was against the hill people.

Later, they also began demanding “a state within a state”, alleging “step motherly” treatment by the majority Meitei community. Biren is a Meitei.

On July 16, a delegation of the JAC led by its convener H. Mancenkhup was joined by several organisations from Mizoram to meet R. N. Ravi, the interlocutor for the Naga talks, at the home ministry in New Delhi to urge him for “a separate administration set up for the tribal people of outer Manipur including the Zo descendants of southern Manipur.” The term ‘Zo’ includes tribes of Chin, Kuki and Mizo descents.

Though two days before the March 6 assembly polls home minister Rajnath Singh had assured the people of Churachandpur a CBI investigation into the 2015 police firing, nothing has progressed on that front yet.

The new executive council will bring an end to an impasse that has continued since March after NPP council member Boston Marak, serving as the council chairman, rebelled against his party and moved to the Congress. The Congress, which won seven seats in the September 2015 elections, thereafter moved a no confidence motion against the NPP-led alliance. While the strength of NPP, without Marak, stood at nine, BJP and NCP each had one seat and the GNC had three. 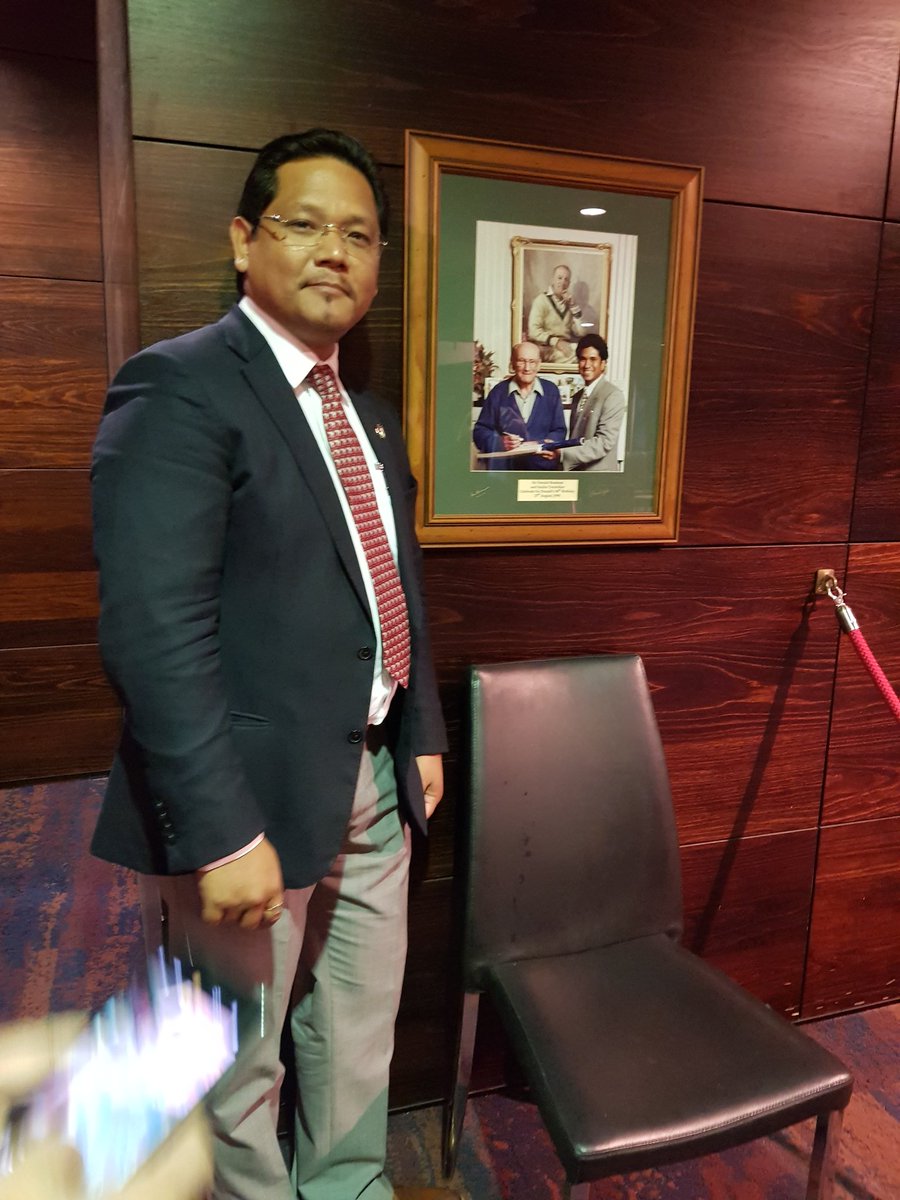 NPP’s Denang T. Sangma, who headed the council as its chief executive member (CEM), resigned on March 31 before facing the motion. Denang’s resignation stalled the presentation of this year’s budget. Thereafter, the council was brought under the state governor’s rule.

In early July, Marak, a close relative of NPP chief Conrad Sangma, finally resigned from the post of council chairman, thus paving way for fresh elections for the post of CEM. Supported by members who defected to the Congress (Congress tally is now 16) and following cross voting by an NPP member, Marak won the polls defeating Sukaram K. Sangma of NPP. He cornered 17 of the 29 votes.

NPP, a constitutent of the National Democratic Alliance, is in government with BJP in Manipur. With headquarters in Tura, the Garo Autonomous District Council, one of the 14 autonomous regions of the country, administers Meghalaya’s East, West, North and South Garo Hills districts.

In a span of three days, the Assam State Zoo, situated in Guwahati, lost two of its distinctive residents to old age – Swathi, the country’s oldest tiger in captivity, and Mohan, the only two-horned African rhino living in the state known for its one-horned variety.

When Swathi died on July 15, her age was 21 years, much more than the usual life span of a tiger. The Royal Bengal tigress was brought to Guwahati in 2005 from the Mysore zoo, where she gave birth to five cubs. In the Guwahati zoo, she gave birth to six more cubs, one of which, a tigress, is in the Guwahati zoo. According to local media reports, because of old age, the tigress was unable to move much for the last two years, which led the zoo authorities to keep her away from public view.

Mohan, the lone African white rhino at the zoo, officials said, died on the night of July 18. Aged 47, the rhino was said to have been brought from the US in 1974 at the cost of Rs 50,000. He was a big crowd puller in the zoo because of his two horns.