The actor-turned-politician has been critical of the party leadership for quite some time now. 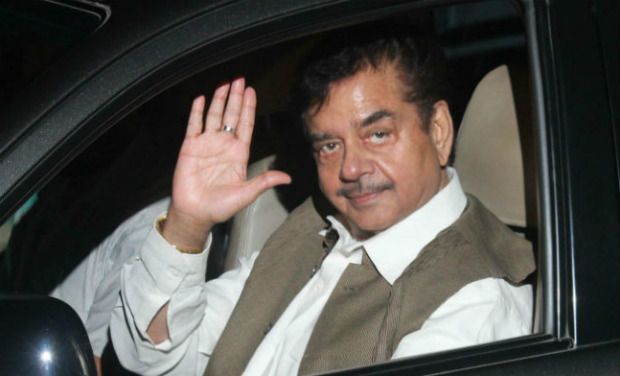 Patna: Firing a fresh salvo at the BJP leadership and the Narendra Modi government at the Centre, disgruntled party leader Shatrughan Sinha on Sunday said the rally at Kolkata where he shared the stage with a host of opposition leaders was aimed at “saving Indian democracy from being ruined”.

The actor-turned-politician and Patna Sahib MP, who had rankled the party by his presence at the rally and speaking about “tanashahi” (dictatorship) prevailing under the leadership of Modi and Amit Shah as against “lokshahi” (democracy) that characterised the Atal-Advani era, sought to reinforce his point with a couple of tweets.

“What an amazing gathering and what a mammoth audience that came together in Bengal in lakhsto listen to and support this spontaneous show of solidarity in favour of a change parivartan!” exclaimed Sinha in his first tweet about the public meet which was organised by West Bengal chief minister and Trinamool Congress supremo Mamata Banerjee.

Leaders of 22 opposition parties came together at a mega rally on Saturday and declared they will put up a united fight to oust the Narendra Modi government which has “passed its expiry date”.

“Kudos to our sister, the great lady of Bengal, the fiery Mamata di, who needs to be roundly complimented for bringing together one of the largest congregations of the strongest and most influential political minds and leaders from all corners of the country on the same stage under a common cause of saving the Indian democracy from being ruined,” Sinha said in the second tweet.

Top leaders of anti-NDA parties in addition to former Union ministers Yashwant Sinha and Arun Shourie attacked the Modi government on issues like demonetisation, faulty implementation of GST and the controversy surrounding the Rafale deal at the rally.

At a press conference in the national capital, BJP national spokesperson Rajiv Pratap Rudy said the party has taken “cognisance” of Sinha’s presence at the opposition meet.

The actor-turned-politician has been critical of the party leadership for quite some time, terming it as a “one-man show and two-man army” besides sharing the stage with people opposed to the regime on a number of occasions.

Party insiders say the leadership has refrained from taking any disciplinary action against the disgruntled MP – who has slim chances of being reconsidered for a ticket in the upcoming Lok Sabha polls – since it could benefit the outspoken actor-turned-politician, who is known for his gift of the gab.