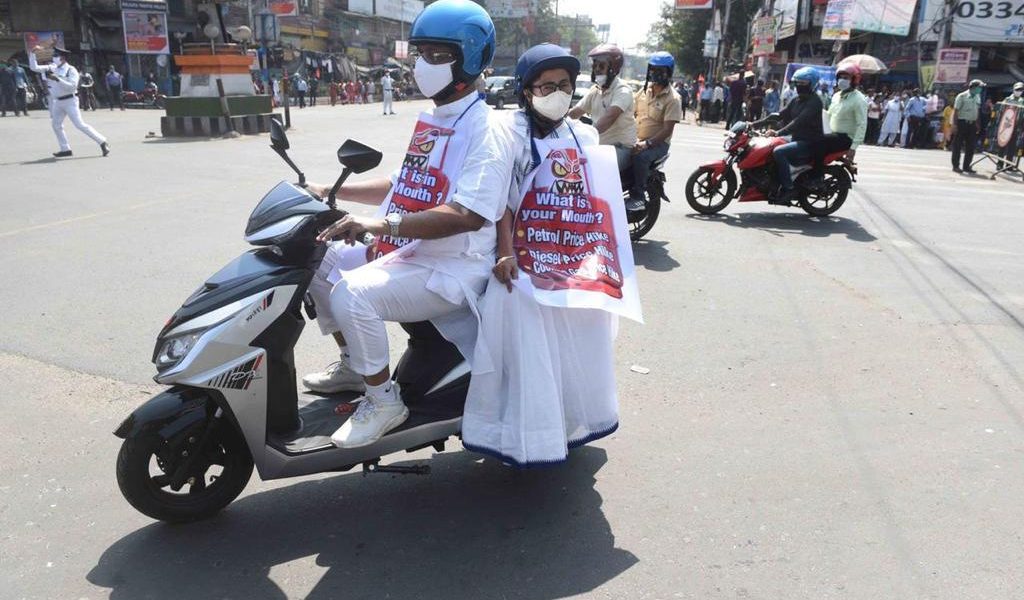 With a placard protesting against the petrol price hike hanging around her neck, helmet-clad Banerjee waved at people on both sides of the road during the five-km-long journey from Hazra More to the state secretariat.

After reaching Nabanna, Banerjee slammed the BJP-led government at the Centre, saying, “We are protesting against the fuel price hike. The Modi government only makes false promises. They have done nothing to bring down fuel prices. You can see the difference in petrol prices when the Modi government came to power and now.” She added, “Modi and Shah are selling the country. This is an anti-people’s government.”