Banerjee said she plans to write a letter to the chief ministers of all non-BJP states to support the farmers in this movement. 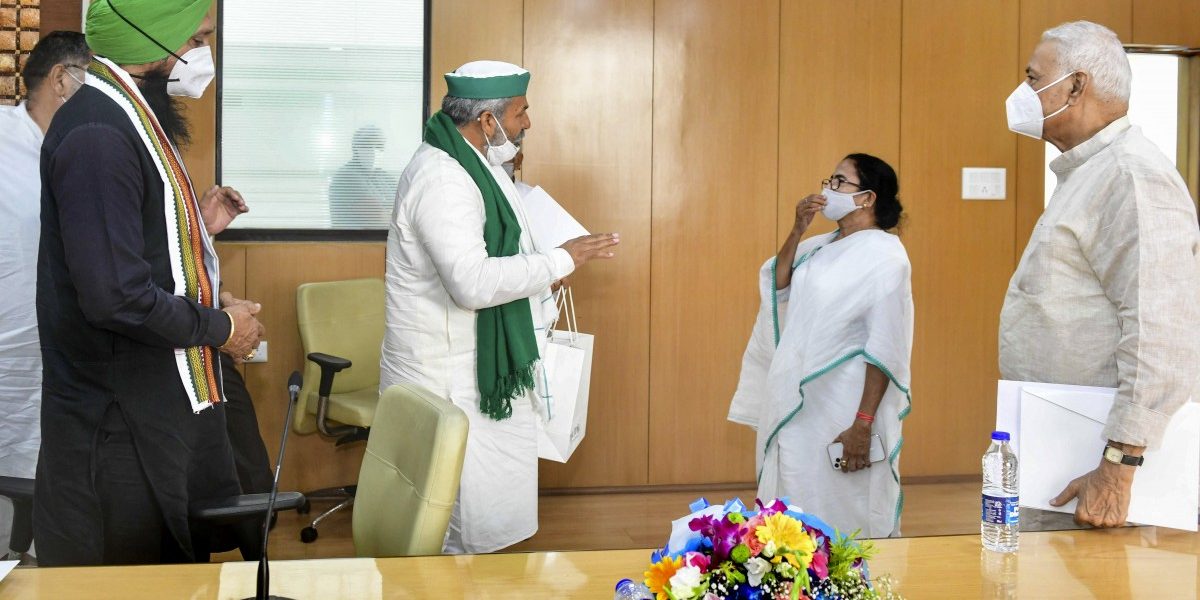 Mohali: Bharatiya Kisan Union president Rakesh Tikait, who is at the forefront of the farmers’ movement against the three agri-marketing laws, met with newly re-elected West Bengal chief minister Mamata Banerjee on Wednesday.

Speaking to The Wire, Yudhvir Singh, the general secretary of Tikait’s BKU, said that the motive of their meeting with chief minister Banerjee was to congratulate her for her recent victory.

“We have come to congratulate her. We hope to garner her support for the farmers’ movement,” he said. “We hope that leaders like Banerjee will help us in this fight against privatisation of agriculture and develop pro-farmer policies for Indian peasants.”

After meeting Tikait, Banerjee told the media that she plans to write a letter to the chief ministers of all non-BJP states to support the farmers in this movement.

“Once the Covid situation stabilises, I’ve agreed to try and write a jointly signed letter to the Centre over the issue. Chief ministers of non-BJP states can come together in support of this movement. The farmer leaders intend to form a platform. I will be there,” she said.

Reportedly, Banerjee also said that she will fully support the farmers’ movement until their demands are met.

Speaking to the media after their meeting, Tikait said that they’ve urged Banerjee to turn West Bengal into a model state for farmers.

“We hope that a new model will be put in place in Bengal where farmers will get maximum benefits by doing away with middlemen who siphon off all the profits. Other states may also follow the model. Farmers have been hit hard during the pandemic,” he said.

During the election campaign in Bengal, Tikait was seen campaigning for Banerjee’s Trinamool Congress in Nandigram which became a fierce battleground for TMC candidate Banerjee and BJP’s Suvendu Adhikari. Banerjee ultimately lost the seat.