The chief minister said several tracts of land are still submerged, and it will take time to drain out the water. 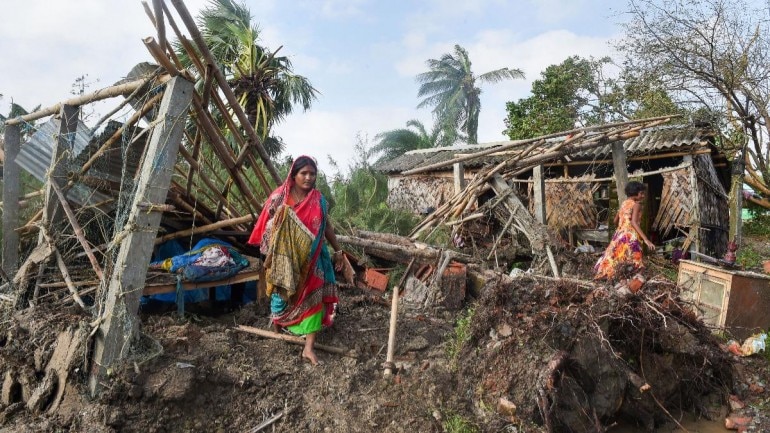 New Delhi: West Bengal chief minister Mamata Banerjee on Monday said the state is yet to receive a “single paisa” as financial help from the Centre for Cyclone Bulbul-affected areas, despite the prime minister’s assurances.

An estimate of Rs 23,000 crore was given to a Central team which visited three coastal districts – North 24 Parganas, South 24 Parganas and East Midnapore districts – to review the extent of loss, but no amount has been received from the Union government, Banerjee said in the assembly.

“We have not received a single paisa till today from the central government. We hope that they will help because the day after cyclone ‘Bulbul’ made landfall, PM Narendra Modi had tweeted about helping the state. But, we have not got anything,” she said during the Question Hour.

The chief minister said several tracts of land are still submerged, and it will take time to drain out the water.

“Bulbul came at a time when the three districts were full of paddy which were ready for harvest. The storm left behind a trail of destruction, damaging houses, road, paddy cultivation and betel-leaf farming,” Banerjee said.

“Though not many lives were lost, thanks to the precautionary measures taken by the police and administration, we had to shift 1.78 lakh people to shelter camps,” she said.

Over 15 lakh hectare of agricultural land was devastated, five lakh houses destroyed and 15 people lost their lives in the natural calamity, the chief minister said, adding, her government would rebuild the houses under Bangla Awas Yojana.

Farmers covered under the state’s crop insurance scheme will get 100 per cent compensation from the government, Banerjee said.

The state has already provided Rs 2.4 lakh each to the families of those killed in the cyclone, she said.

“An amount of Rs 1,200 crore was released from the state finance department to help the farmers,” Banerjee said and added that it would also disburse Rs 5,000 each to betel leaf farmers who faced huge losses.

This is not the first time the Centre has been accused of withholding disaster relief funds from a non-BJP-ruled state. After calamitous Kerala rains and floods of 2018, the Centre gave the state Rs 500 crore (this too after being criticised for first offering much less) – which experts said was a far cry from what the state needed to rebuild. The Modi government also rejected the state’s plea for free rice for the flood-affected, and did not allow foreign governments to help Kerala out.