Amidst Talk of Mamata-Nephew Rift, TMC Dissolves All Posts in the Party

The meeting happened less than a week after Abhishek spoke of his differences with his aunt on certain issues and elaborated on what he would and would not allow as long as he was the general secretary. 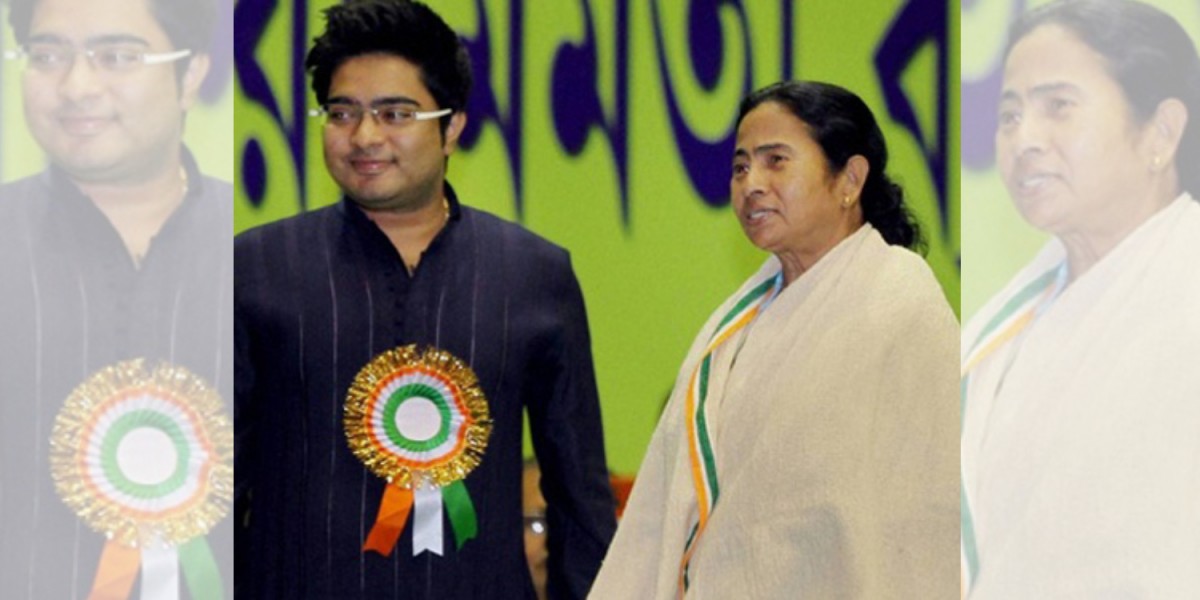 Kolkata: Amidst speculation of a widening rift between Trinamool Congress (TMC) chief Mamata Banerjee and her heir apparent, nephew Abhishek Banerjee, the senior Banerjee on Saturday, February 12, dissolved all posts in the party and formed a 20-member national executive that would look after the party’s work collectively.

This means, Abhishek, who was appointed as the party’s all-India general secretary in June 2021, a month after the party’s landmark victory in the assembly election, no longer holds the post.

There is no office-bearer in the party at all at present, except for the chairperson.

“A national executive committee has been formed with 20 members and Mamata Banerjee as the chairperson. She will nominate the office-bearers and the list would accordingly be communicated to the Election Commission,” Partha Chatterjee, who had been serving as the secretary-general of the party from 2011 till Saturday evening, announced after the meeting.

This was decided during a meeting of a few of the party’s top leaders that took place at Mamata Banerjee’s Kalighat residence on Saturday evening. The meeting was called on quite urgently, with the West Bengal chief minister deciding on it only on Thursday evening.

Abhishek – who had been in Goa since February 8, leading the party’s assembly election campaign there – returned to attend it.

This move came amidst speculation that Abhishek, who was reportedly miffed at how his choice of candidates were not accepted by the party in the recent municipal elections could resign from the all-India general secretary’s post. The actions of some of Abhishek’s loyalists are also believed to have irked the party chief.

The speculations grew after Aditi Gayen, a niece of the chief minister who is also a close aide of Abhishek, wrote in a tweet on Friday, “Don’t be afraid to start over again. This time, You’re not starting from scratch, You’re starting from EXPERIENCE.”

A senior TMC leader told this correspondent on Saturday evening, “Gayen’s tweet gave a strong signal that Abhishek could, indeed, step down to put pressure on the party chief. However, if someone doesn’t have a post, there is no question of stepping down. Since, no one has a post, you can’t say he has been stripped of his portfolio.”

Significantly, Saturday’s development happened less than a week after Abhishek spoke of his differences with his aunt on certain issues and elaborated on what he would and would not allow as long as he was the general secretary.

According to a veteran TMC leader, the way Abhishek ‘highlighted himself’ did not go down well with the party chief and a section of the party’s old guards. “Indicating that he would ensure the likes of Partha Chatterjee and Firhad Hakim have only one responsibility was, naturally, seen as arrogant. The party chief thought he was crossing his limits,” said a TMC Lok Sabha MP, requesting anonymity.

“She was installing him as her heir step by step but she is not yet ready to allow him to take over,” said another TMC leader who has been close to the party chief for over two decades.

Curiously, the meeting was called on Thursday within hours of Firhad Hakim issuing a statement on behalf of the party disapproving of a social media campaign which was being carried out by a section of Abhishek’s supporters, demanding the implementation of ‘one person, one post’ in the party.

Abhishek has been vocal about implementing this policy in the party to accommodate more persons in the leadership. Though Mamata Banerjee initially accepted the policy, she later made some exceptions, including transport minister Firhad Hakim to also become Kolkata’s mayor and keeping Partha Chatterjee responsible for important ministerial work and organisation work as the party’s secretary-general.

It remains to be seen how the TMC chief distributes the posts in future and what portfolio her nephew gets.

However, even though the recent trouble between Mamata and Abhishek is believed to have had something to do with political strategist Prashant Kishor’s organisation, the Indian Political Action Committee (I-PAC) – with which the TMC may prematurely snap its ties – this issue was not discussed during Saturday’s meeting.

“She prepared the committee without discussing it with anyone. It’s all her choice. Except for Yashwant Sinha and Rajesh Tripathy, everyone else are her old, trusted soldiers. It’s her team,” said a veteran Bengal minister.

The CPI(M)’s Sujan Chakraborty, too, said they had no interest in this trouble because they thought it was natural for “a private limited committee.”