Why Maharashtra's Unopposed Panchayat Seats Shouldn't Be Touted as Ideal

The Election Commission received complaints about auctions being held for certain panchayat seats. 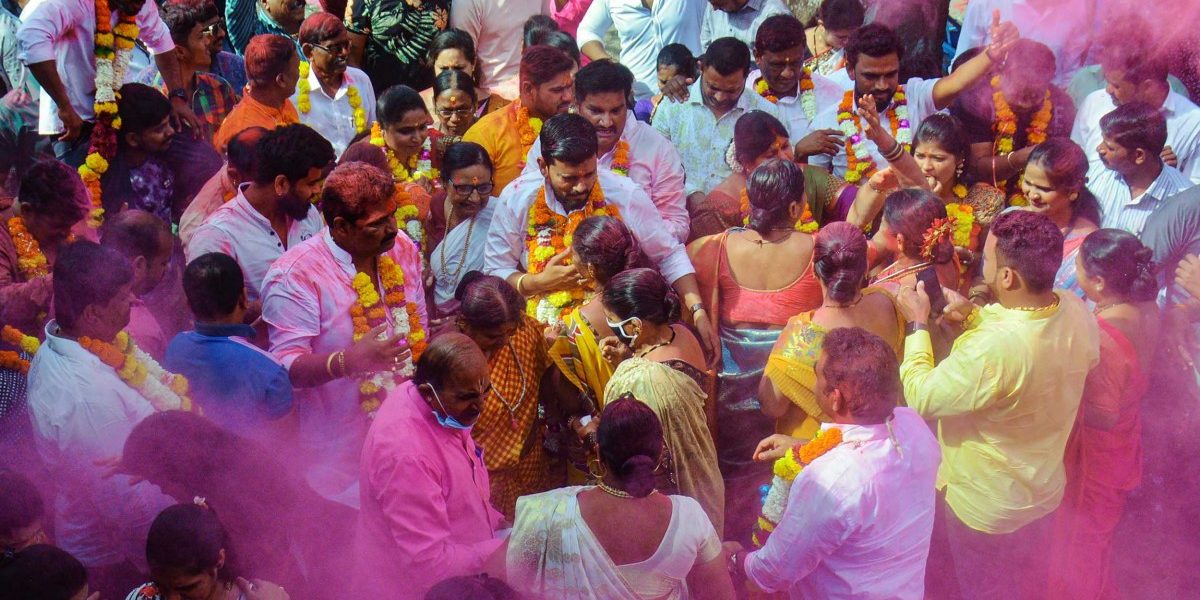 While the villages and political parties have touted these unopposed elections as managed through a “general consensus”, videos and other ground evidence that have emerged pointing at concerted efforts to gain control over these local bodies. Auctions took over the democratic electoral process in most of these villages, but were presented as villagers’ “unanimous decision” to elect members unopposed.

A week before the elections, the Election Commission had intervened following written complaints and video recordings of auctions for panchayat seats in two villages – Umrane village of Nashik and Kondamali of Nandurbar. In Umrane village, the auction allegedly fetched a whopping Rs 2 crore, while Kondamali village managed Rs 42 lakh.

Such auctions in the election process – that should be carried out in a free and fair manner – are unconstitutional and the Election Commission had stepped in immediately. But similar complaints were made in almost every district in the state and the commission is yet to act upon them.

In the Ahmednagar district, for instance, in as many as 53 villages, the election was unopposed. In a complaint lodged before the Election Commission, Pratik Barse, the district head of Vanchit Bahujan Aghadi, has accused Nationalist Congress Party leader and MLA Nilesh Lanke and Rohit Pawar and BJP’s Babanrao Pachpute of announcing a grant ranging between Rs 10 and 30 lakh to villages for electing their members uncontested. These announcements, Barse says, were made openly – either on social media and news media, or during visits to villages in the leaders’ respective constituencies. Terming Barse’s complaint as of a “serious nature”, Avinash Sanas, deputy commissioner of the Election Commission, sought an inquiry into the matter. Meanwhile, the election was concluded in villages under their constituencies and candidates were chosen uncontested. 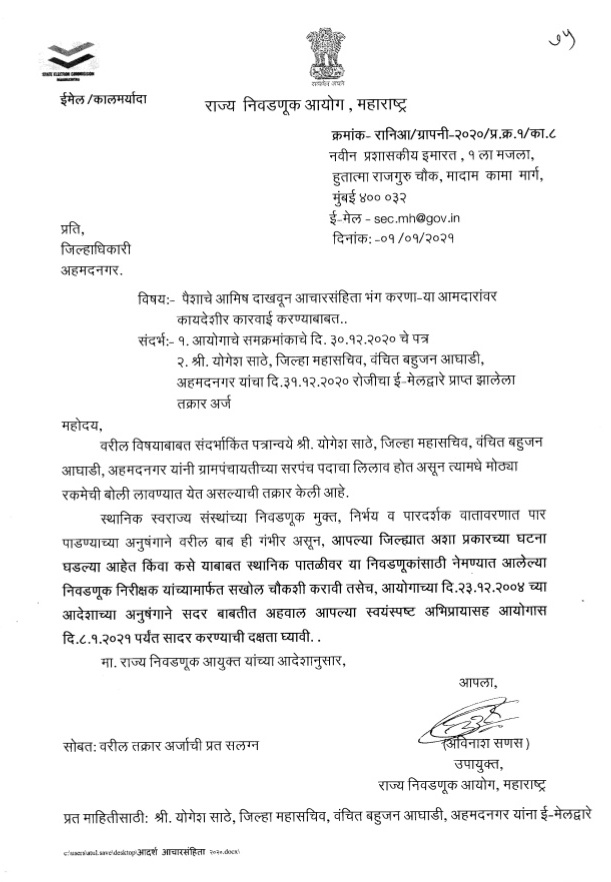 The Election Commission’s letter seeking an inquiry into the matter.

There is a deliberate attempt made to position these villages as “ideal villages”, which unanimously elect its members uncontested, says journalist Jitratna Patait. He says such an approach is completely contrary to the spirit of democracy. “These villages claim that taking the ‘common good’ into consideration, they have come to a consensus and chosen their candidates. But this choice, invariably, is made by the majority and powerful groups of the village that can comfortably wield pressure. We will never see a person from a Dalit, Adivasi or OBC community being elected on these seats unless the seats are reserved for them. Why?” he asks.

A gram panchayat usually has between nine and 18 members, purely decided on the basis of the size and population of the villages. Depending upon the village’s caste composition and socio-political clout, these candidates are chosen and with political intervention, rates are pre-decided and accordingly elections are carried out. In most villages, the uncontested winning candidates claim such decisions help them build funds as no money is spent on campaigning and other work related to the election.

Also read: Are Panchayat Elections in Maharashtra a Festival of Democracy or a Maratha Festival?

Ashok Tangade, an anti-caste activist from Beed, who has closely followed panchayat elections in the state, says there have been cases of extreme violence when someone from such a “consensus village” defies the diktat. He cites an example of a village in Dharud taluka in Beed, where a young man from the Matang (Scheduled Caste) community was killed a decade ago when he had decided to contest against a sarpanch who was elected uncontested for several years.

“If one follows these patterns up close, you can see how in most of these uncontested villages, coercion, money and muscle power are used to get the desired result. If villages are so united, then why are caste atrocities, caste-based segregation, discrimination against women so rampant in these villages?” he asks. An answer to his question lies in the question itself. “Social hierarchies dominate political behaviour in villages and it is practically impossible to ensure democracy without following the electoral process,” he says.

Maya Sorte, a leading activist from Vadval Nagnath village in Latur district and associated with the Maharashtra Mahila Rajsatta Andolan (MMRA), had participated in a United Nations conference in New York on the role of women in the panchayati raj institutions in 2006. “Sorte has spent her life in solidifying Panchayat Raj in villages. Her work is widely known both in national and international circles. But she still lost the election by a meagre two votes. Ideally, this village should have volunteered to elect Sorte uncontested. But instead, the entire system was set up to work against her,” Tangde says. Sorte is both Dalit and woman, a “deadly combination”, Tangde says. “No one can accept a Dalit woman as their village leader. Surely not until the seat is reserved for a woman or a Dalit person,” he points out.