When People Take Back the Mandate

We are not dead, the people have gently conveyed to the political class. 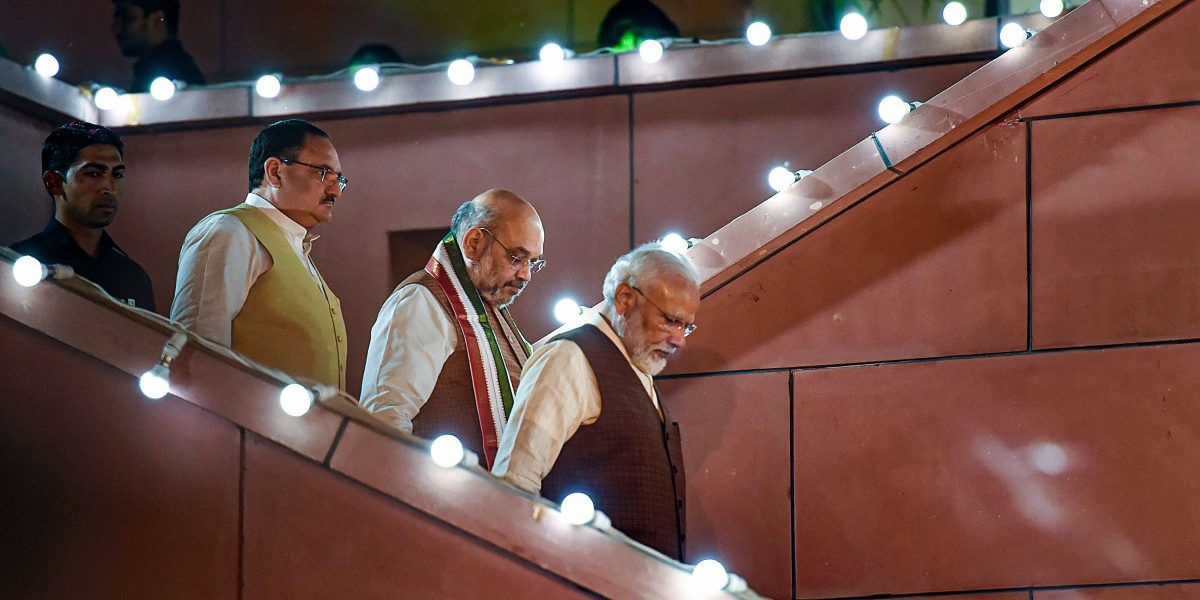 According to several pundits, it’s not just the Bharatiya Janata Party which has been put on notice by the people after the assembly election results of Maharashtra and Haryana, but the opposition as well. They are right. People want democracy to work in India and have created the space for it.

This is the takeaway, not only from the results of the elections in the two states but also that of by-polls across India. We are not dead, the people have gently conveyed to the political class. We know how to work with broken, rusted instruments. Some perfectionists want us to prepare for the Prophet but we know that the days when Prophets used to descend upon the earth are over. We have to work with the worldly resources available. Nothing is perfect. We cannot let the rot fester in our bodies until the right alternative comes along. After all, life is to be lived. One cannot be dead before death.

All our analysts are right when they say that for the opposition, the message from the assembly election results is for them to act more like an opposition, instead of only sulking and tweeting. The opposition needs to be on the streets – and drench themselves in the rain and their sweat. Sharad Pawar responded to the people by saying that they could turn the chairs into umbrellas; he had to talk to them facing the elements of nature. Sometimes the rain waters purify you and give you courage.

Also read: For BJP, a Bitter Reminder That Assembly Polls Are Fought on Local Issues

The arrogance of the BJP has been rejected by the people and the opposition has been offered an encouraging hand, But the message of the results is also for professionals from different classes. When our turn came, we acted. Did you, is what the people seem to be asking the judiciary, the ED, the CBI, the NIA, the powerful bureaucracy, the media, the intelligentsia and even the army. We had a tool in the form of a ballot paper and we used it. When the time came we performed our duty. Did you do your job properly? Did you use your tools ethically?

The irony of democracy is that once people have cast their votes, they become powerless. The mandate they give is stolen and beyond their control. The rich who cushioned themselves under the guise of the wellbeing of the people lack strength. So, we see a Tata and a Narayanmurthi prostrating before a man they should have ticked off for his misdeeds. Not only that, many lie through their teeth when they praise the current leadership for supposed economic miracles that the country has not seen in 300 years.

The people seem to be telling the other classes to have courage and faith. Faith in their vocations. Was it right to postpone the freedom of the Kashmiris in the name of national security? Why was it thought to be right that former finance minister Chidambaram’s bail petition could wait? Why was the National Register of Citizens pushed?

Why was the truth unable to persuade them and why did they allow themselves to be cronies of power? How could they forget that it was all about the people? All rules and statute books are meant to give dignity to all lives and not serve the tyrants. How did it happen that those who were made the custodians became the masters? How and why did they the statute to use it against the people?

These results are an indication, a suggestion for course correction. Do not allow yourself to be intimidated in the name of the nation. At least the ordinary, mostly illiterate voters have shown that they can face hyper-nationalism.

Even during these times of open season against members of the Muslim community, 11 of them were made lawmakers by the people.

“Everyone has the right to take the name of their Ram or Allah,” Surender, a cab driver, told me. He had returned from his village near Rohtak after the polls. He lives in Gurgaon and was upset because Muslims were being stopped from offering namaz in open, vacant spaces. “Are they taking this land? It is not right to humiliate people, it is sin,” he said. Surender, by all accounts, is a Hindu. It is this sense of the righteousness that is battling the evil. But how is it that that the elite have made compromises with this evil?

The election results can be read in many ways. Yes, the opposition must rise to the occasion. But all of us also have a role to play: be truthful to ourselves and simply not wait for the opportune moment. This is the only way we can help the people – give judgments which are just and speak and write what you know is right. Only by doing our duties can we save democracy.