CPI general secretary Sudhakar Reddy said the failure to accommodate Left parties will not bode well for the opposition in the bigger scheme of creating an anti-BJP front. 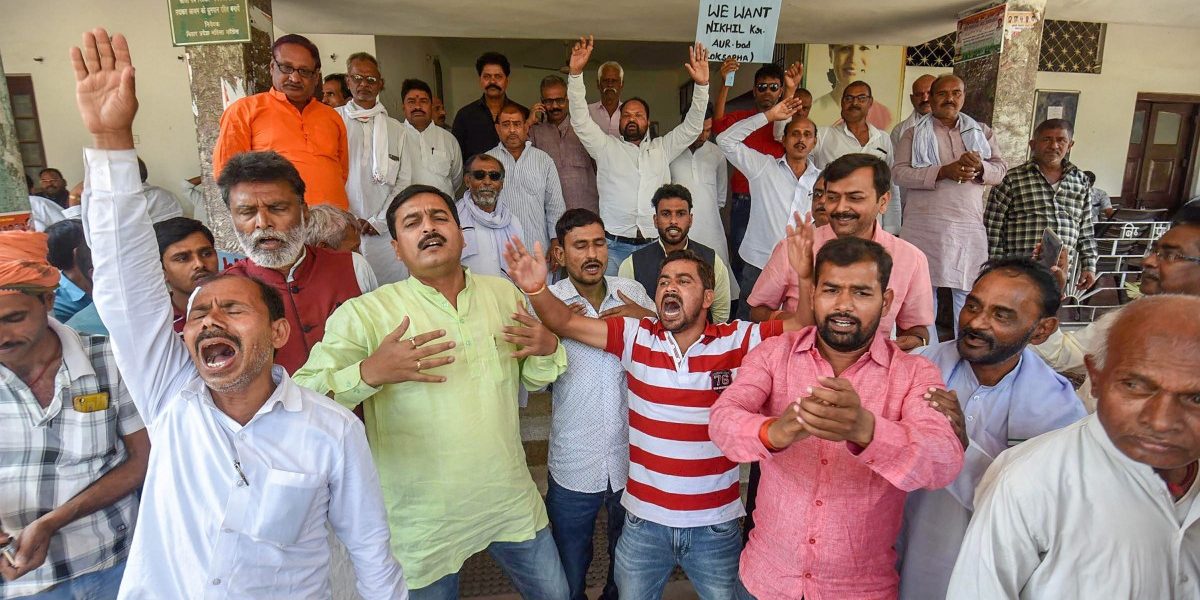 New Delhi: The opposition ‘Mahagathbandhan’ in Bihar on Friday announced its seat-sharing formula for the 40 Lok Sabha seats in the state, half of which will be fought by Lalu Prasad’s RJD and nine by the Congress.

With Left parties being left out of the RJD-led opposition alliance in Bihar, CPI general secretary Sudhakar Reddy said their understanding was with the jailed RJD supremo Lalu Prasad who had assured them a place in the coalition, but wondered if the same was conveyed to his son Tejashwi Yadav, who is holding the party’s reins.

Reddy told PTI that the failure of the ‘Mahagathbandhan’ to accommodate the Left parties was “unfortunate” and didn’t bode well for the opposition as a whole in the bigger scheme of creating an anti-BJP front. The party’s state leadership is scheduled to meet on March 24 to decide on its future course of action, Reddy said.

Also read: ‘Gathbandhan’ Will Not be Formidable if the Left is Left Out

“We had an understanding with Lalu Prasad Yadav, but he is in jail. So, I don’t know how things have been conveyed to his son. He had agreed for six seats including Begusarai and Madhubani,” said Reddy, adding that the RJD was “underestimating the strength” of the Left parties in Bihar.

The CPI(ML), the biggest Left party in Bihar, will be contesting one seat under the RJD’s quota. “The one seat they have offered us is from the RJD quota of 20 seats. This framework is not in keeping with the need of the situation and the political ground reality of Bihar. It seems to have taken no lesson from the failure of the alliance experiment undertaken during the assembly election,” CPI(ML)’s Ravi Rai said.

“This has weakened the prospect of effective anti-BJP consolidation of votes in Bihar. Assessing the situation, the Left had already proposed to contest a minimum number of seats in Bihar offering to support alliance candidates in the remaining seats. We still stick to this approach. We will support the CPI from Begusarai and CPI(M) from Ujiarpur. The RJD has offered to support us in one seat (not officially identified yet). We will reciprocate this goodwill gesture by leaving one seat from our considered list of five seats. Details will be worked out later.”

The RJD leaders made the announcement in the presence of representatives from all alliance partners, including Bihar Pradesh Congress Committee president Madan Mohan Jha.

Top leaders like Tejashwi Yadav (RJD), Kushwaha (RLSP), Sharad Yadav and Manjhi were conspicuous by their absence though.

Also read: Tejashwi Yadav Has Arrived but an Uphill Task Faces Him

As per the analysis of the seat sharing formula, the RJD, which wanted to contest 20, had to part with one seat from its quota to the CPI(ML) Liberation, while the Congress, which had reportedly bargained hard for 11 seats, had to settle for nine with the assurance of a Rajya Sabha berth.

Among other constituents, the HAM, which claimed to have a “stronger support base than even of the Congress” and had insisted on more seats than at least the RLSP, had to settle for only three. The RLSP, which had walked out of the NDA following an offer of only two seats, was allotted five.

The biggest gainer was, surprisingly, the fledgling Vikassheel Insaan Party (VIP), which was floated by former Bollywood set designer Mukesh Sahni less than six months ago. It got three seats to contest from which is equal to that of the HAM.

Candidates were also announced for the four Lok Sabha seats that will go to polls in the first phase. Filing of nominations for these seats will end on March 25 and votes will be cast on April 11.

These candidates include Manjhi himself, who will be contesting from Gaya, and RLSP state president Bhudeo Chaudhary from Jamui which is currently held by LJP’s Chirag Paswan.

The other prominent candidates in the list are HAM’s Upendra Prasad from Aurangabad and RJD’s Vibha Devi, whose husband Raj Vallabh Yadav was recently disqualified from the assembly following conviction in a rape case, from Nawada.

The RJD leaders also announced that the Nawada assembly seat will be contested by Dhirendra Singh Munna of the HAM.

The Dehri assembly seat, where by-election has been necessitated by RJD’s Mohd Iliyas Hussain losing the seat on account of conviction in the bitumen scam, has gone to his son Mohd Firoz Husain.

By-polls to the two assembly seats will be held simultaneously with the Lok Sabha elections in Bihar where it will be held in seven phases.

When reporters approached Sharad Yadav outside Rabri Devi’s residence, where parleys had taken place for several hours before the announcements, he affirmed that he will be fighting on an RJD ticket and merge the LJD, which he had founded after falling out with Nitish Kumar, with the RJD.

The RJD leaders also announced that the party would give one seat to CPI(ML) Liberation from its quota but did not specify the constituency.

The Congress, they said, will get the first Rajya Sabha seat from the Mahagathbandhan whenever elections are held for the upper house.