Some in the party wonder if Shivraj Singh Chouhan planted his brother-in-law in Congress sensing BJP's imminent defeat. But it remains to be seen who will benefit.

As campaigning gathers steam in poll-bound Madhya Pradesh, chief minister Shivraj Singh Chouhan may rest assured that the Congress will not rake up old allegations of corruption against his wife Sadhna Singh – for she is also the sister of a Congress candidate.

Sanjay Singh Masani, the Congress candidate from Waraseoni assembly seat in Balaghat district, has often been hyphenated with his sister whenever the opposition has charged the chief minister of misusing his power for the illegal gratification of his family.

Sanjay Singh-Sadhna Singh, the brother-sister duo, has figured in a host of allegations ranging from the Vyapam scam to awarding contracts in mining and civil works to underhand dealings in transfer-postings of bureaucrats.

The connection between the siblings is now politically broken with the sister remaining with her husband in the BJP and the brother defecting to the Congress. Sadhna Singh is also the vice president of the state BJP’s women cell.

Last week, Masani joined the Congress in the presence of Madhya Pradesh Congress Committee president Kamal Nath. He was ostensibly miffed that the BJP ignored his candidature from the Waraseoni seat despite all his work towards strengthening the party over the years. The brother-in-law minced no words in deriding the chief minister.

“Madhya Pradesh needs Nath not Shivraj, who has been the chief minister for 13 years,” Masani told reporters in New Delhi. He also sought to distance himself from the chief minister, saying he was only his relative, not a family member. “My name is Sanjay Singh Masani. My family lineage and ‘gotra’ are different.”

A week later, Kamal Nath fulfilled Masani’s wish and got him nominated as the Congress candidate from the Waraseoni seat.

Kamal Nath’s followers are, of course, gloating over the leader’s success in causing a rift in Chouhan’s family in the run-up to the assembly election. But many other Congress leaders, particularly Digvijay Singh, are said to be deeply sceptical about the gains from the audacious political ploy.

Their scepticism stems mainly from two factors – one, Sanjay Singh is a political non-entity, his bragging about having painstakingly nurtured his constituency notwithstanding, and two, his reputation as a fixer under the brother-in-law’s tenure as chief minister is inerasable. Congress is finding it hard to ignore its old and oft-repeated allegation that the new entrant in the party used to pull strings at the chief minister’s house through his sister to subvert due processes for the chosen ones. 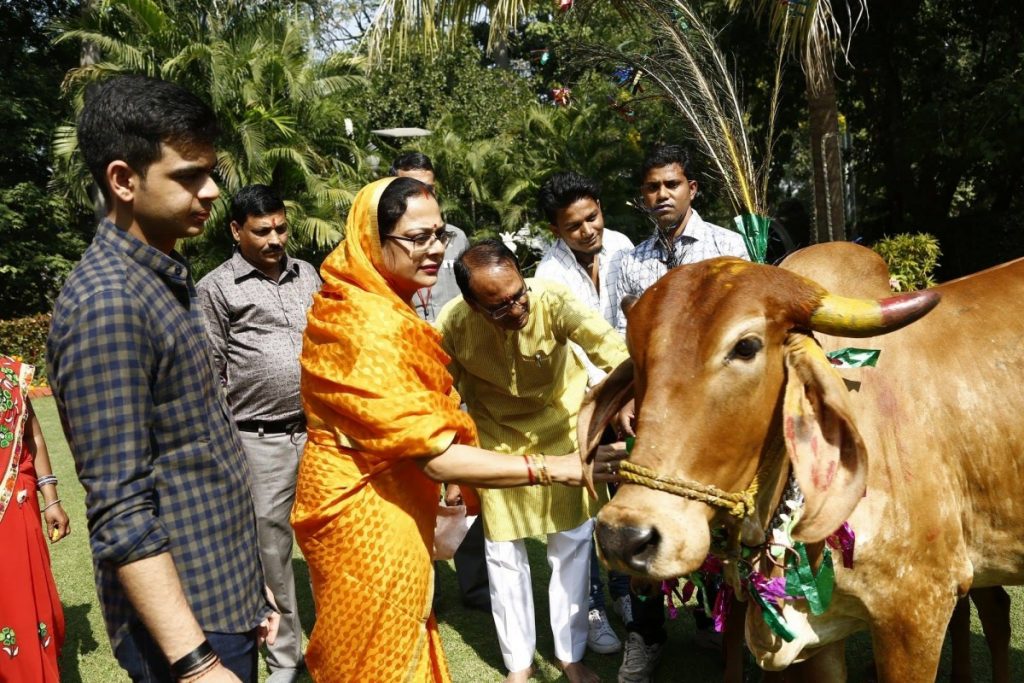 Then there are nagging doubts in the party that the chief minister may have sensed his party’s imminent defeat in the election and planted his brother-in-law to preclude any potential probe into their allegedly ill-gotten wealth by a future Congress government.

Circumstances of Masani’s dramatic entry into the Congress lend credence to such doubts.

Sanjay Singh entry into the Congress

Masani had sought a BJP ticket to contest assembly election in 2013 as well, but the party didn’t oblige him then also. During the past election, Chouhan was politically far more powerful in the party than he is today. That was the era of his mentor L.K. Advani and as a loyal protégé, Chouhan could easily get his brother-in-law a party ticket as he had managed for a majority of his acolytes.

But the chief minister didn’t yield to his brother-in-law’s pressure for an assembly election ticket. He was too image-conscious to allow allegations of promoting dynastic politics. None of his close relatives have fought elections, barring a cousin brother who is the chairman of the Bhopal municipal corporation. Masani couldn’t have been unaware of his brother-in-law’s proclivity to indulge his kin without letting them enter electoral politics.

Therefore, unlike the present, Masani had in the past reconciled to the denial of a ticket without murmurs. He bothered little about not being an MLA because he, anyway, wielded more political clout than most of the powerful ministers in the Shivraj cabinet.

He stayed on to continue his multifaceted activities such as getting contracts for bauxite mines in mineral-rich Balaghat district, flaunting his accreditation card as a journalist, playing cameos in mostly B-grade Bollywood films shot in Madhya Pradesh, influence-peddling in the corridors of power and maintaining strong sibling-bonding with the chief minister’s wife.

This time around when indications of a Congress comeback in Madhya Pradesh after 15 years are strong, Masani has chosen to rebel. Speculations about his real motive are inevitable. Till he joined the Congress, there were no indications about his relations having soured with either the sister or the brother-in-law. 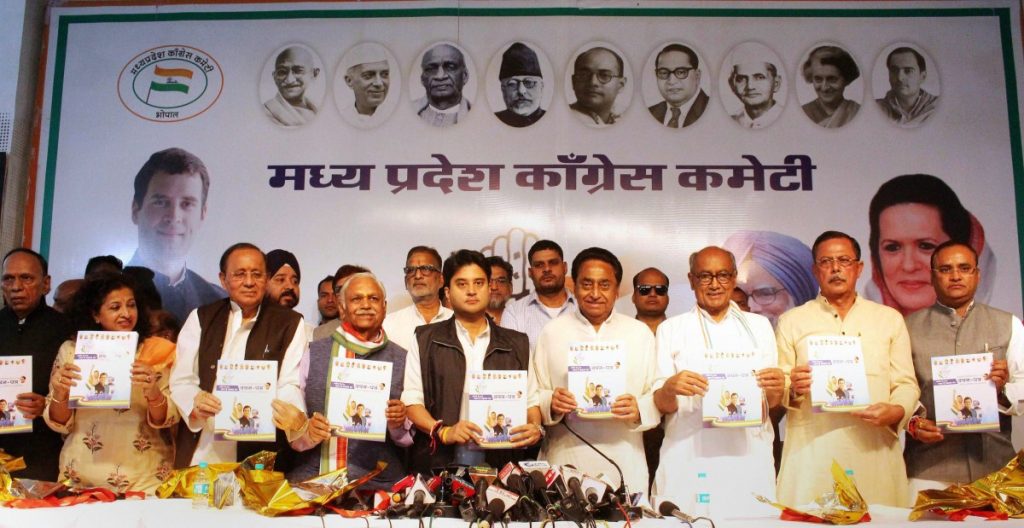 Interestingly, Masani’s defection to the Congress came about barely two days after India Today quoted in its report from Bhopal police’s intelligence inputs that the Congress is most likely to form the next government in Madhya Pradesh.

How the chief minister handles allegations against his wife

Shivraj Singh Chouhan has more to worry over prospects of the BJP’s defeat in the election than just loss of chief ministership. He may stoically countenance allegations against him from the opposition but is known to be extremely touchy about even a hint of an attack on his wife over any issue. He has sued two Congress leaders for accusing his wife of indulging in corruption. The leader of opposition Ajay Singh is facing a Rs 1 crore defamation case in Bhopal for alleging in the run-up to the 2013 election that Sadhna Singh brought a currency counting machine at the CM’s house.

K.K. Mishra, former state Congress spokesman was slapped with a criminal libel suit for accusing the chief minister’s wife of being involved in the Vyapam case. Mishra had said in a press conference that on recommendations of Sadhna Singh, the Professional Examination Board’s (PEB) then examination controller, Pankaj Trivedi recruited 19 candidates from her native town Gondia in the transport department. The PEB is the mother of the Vyapam scam. The Vyapam is the abbreviation of Vyavasayik Pariksha Mandal or Professional Examination Board.

While deposing in the case recently, the chief minister said in court that his wife was so upset over the charges against her that it took him a whole night to convince her that she need not bother about such baseless accusations.

Local media is too wary of writing anything critical against Sadhna Singh. She always gets mentioned in the media as a dutiful and caring wife who follows her husband like a shadow everywhere, whether it is a religious event or a public function. Her interferences in the government figure prominently in journalists’ mutual gossips but never get written about in newspapers.

Four years ago, a journalist in an English newspaper was issued an eviction notice to vacate his government house soon after he wrote a piece on Sadhna Singh with the headline ‘The queen of controversies’. Cabinet minister Vijay Shah lost his job, albeit temporarily, for mentioning Sadhna Singh in a public function in a way which the chief minister didn’t approve of.

It is one of the worst-kept secrets in the corridors of power that Sadhna Singh has her own favourite band of bureaucrats who directly take orders from her. A senior bureaucrat in the chief minister house, who is reemployed after retirement, is Sadhna Singh’s point man.

The powerful wife of a three-time chief minister

None of Shivraj Singh Chouhan’s predecessors have had wives so dominant in the government as Sadhna Singh. Although he is said to be uxorious since his marriage in 1992, this aspect of Chouhan’s personality came to the fore only after he became the chief minister in November 2005.

Those familiar with the Chouhan family say Masani has immensely benefited from his sister’s ability to influence her husband. When Shivraj Singh was living in New Delhi’s South Avenue as Lok Sabha member in early 1990s, Masani owned two taxis. He used to work with the driver of former BJP general secretary and Union minister late Pramod Mahajan.

Hailing from Gondia town in Maharashtra, the Masani family had developed contacts with the late BJP leader. Late Pramod Mahajan is said to be the key person who persuaded Shivraj Singh to marry Sadhna Singh. In 2005, Mahajan played a major role in getting Chouhan anointed as the chief minister following a revolt drama enacted by the fiery Uma Bharti. She was dead-set against letting her bête noire Chouhan succeed her. 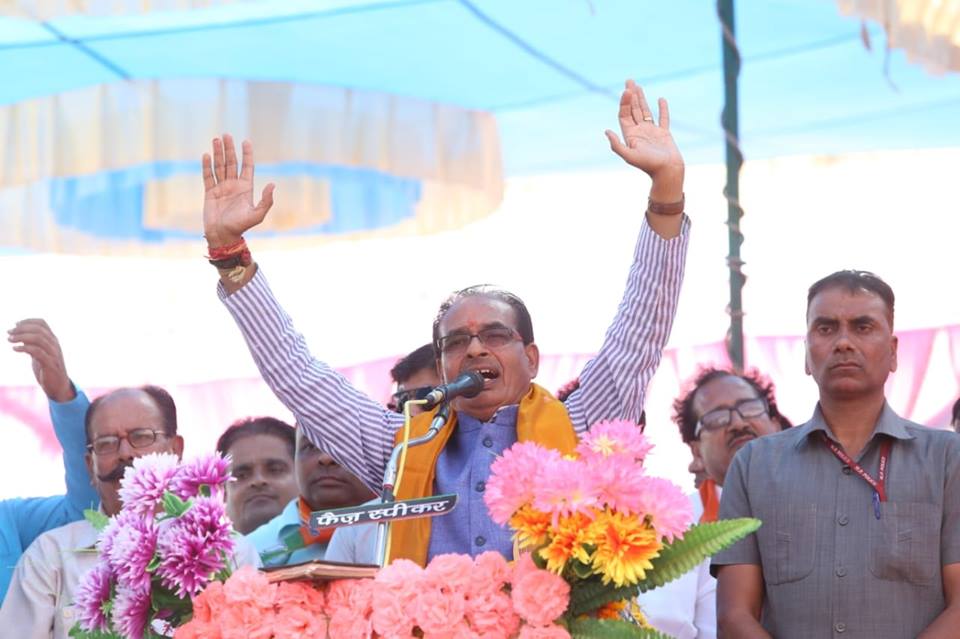 Masani’s stars shone after the brother-in-law assumed the chief minister’s office. He started out as a civil construction works contractor. Soon enough, he dabbled in other businesses such as sand and bauxite mining in mineral-rich Balaghat district on the MP-Maharashtra border. He shifted base from Gondia to Balaghat. Masani’s influence-peddling in the corridors of power in Madhya Pradesh grew as the brother-in-law strengthened his hold in the party.

In May 2008, Masani got privileged contractor licence for public works department (PWD) by allegedly manipulating rules. Congress leader Digvijay Singh pointed out the alleged manipulation in a letter to the chief minister with 180 pages of photocopied evidence. In 2012, Masani’s name figured along with billionaire infrastructure contractor Dilip Suryavanshi and mining baron Sudhir Sharma in the wake of the income tax department raids at their establishments. The opposition demanded probe into the disproportionate wealth of Masani who was allegedly close to both Suryavanshi and Sharma.

Masani’s spat in the media with Vyapam whistleblower Anand Rai in 2016 shed significant light on the businessman-politician’s alleged wheeling and dealing.

Rai, a former government medical officer in Indore, had alleged in a series of tweets that Masani had invested over Rs 500 crores in the film industry which is a haven for black money holders. He had also alleged that the brother-in-law of the chief minister owned a bungalow worth Rs 40 crore on Sardesai Marg and an apartment in one of very expensive flat schemes in Andheri (West) in Mumbai.

Another allegation against Masani was that he influenced the MP government to get many B-grade Bollywood films exempted from entertainment tax in the state. Most of these films were shot in Madhya Pradesh.

More interestingly, Masani played a cameo role in many of them. These included films such as ‘Singh Saab the Great‘, ‘Gali-Gali Me Chor Hai, Revolver Rani and Akshay Kumar-starrer Padman.

Masani strongly refuted the allegations of financial investment in Bollywood but admitted to having an interest in acting. He said he possessed multifaceted talents, which was not a crime. He also boasted before the media that he is a member from their fraternity as he has been an accredited journalist since 2003. 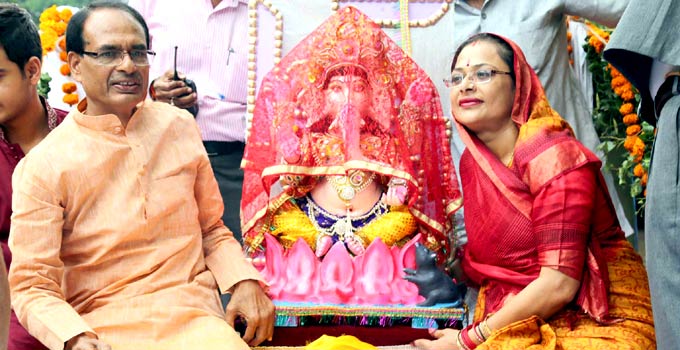 Reacting to the allegations, Masani sent a legal notice to Anand Rai for his alleged defamation charges against him. Speaking to The Wire, Rai said, “The matter is now over. Sanjay Singh had sent me a legal notice and I duly responded to it”.

When asked what he thought of Masani joining the Congress, Anand Rai said he was unaware about the politics behind it. Incidentally, Rai has come close to the Congress. He was one of the contenders for the Indore-5 assembly seat. That explains his rather uncharacteristically evasive response on Masani.

Rai is one among the three original petitioners in the multi-crore Vyapam scam in Supreme Court. Rai has been very critical of chief minister Chouhan as well. He has accused him of conniving in the Vyapam scam and destroying crucial evidence.

Earlier, Masani had been in news for becoming the commissioner of Scouts and Guides in Madhya Pradesh while being a resident of Gondia, Maharashtra. Gondia borders Balaghat district of Madhya Pradesh.

The allegations against the Congress candidate from Waraseoni are fresh in the minds of people. It remains to be seen how the grand-old party justifies the decision of inducting him in front of the larger electorate.

Rakesh Dixit is a Bhopal-based journalist.