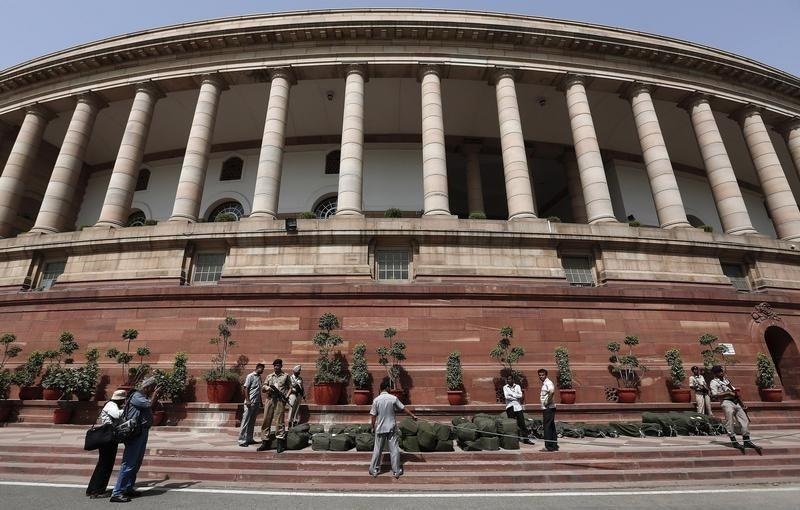 New Delhi: The Lok Sabha on Tuesday passed the Wage Code Bill that will enable introduction of minimum wage for every worker, besides addressing issues like delay in payment to employees.

The Code on Wages Bill, 2019, which seeks to amend and consolidate the laws relating to wages and bonus and matters connected therewith, will benefit 50 crore workers, labour minister Santosh Kumar Gangwar said.

Gangwar said that while drafting the Bill, the government has accepted 17 out of the 24 recommendations made by the standing committee which had scrutinised a similar bill introduced in the previous Lok Sabha.

As per the Bill, the tripartite committee comprising representatives of trade unions, employers and state government would fix a floor wage for workers throughout the country, Gangwar said, adding “minimum wage will become right of every worker.”

In addition to other things, the Bill will effectively address the problems relating to delay in payment of wages whether on monthly, weekly or daily basis, the Minister said.

The code universalises the provisions of minimum wages and timely payment of wages to all employees irrespective of the sector and wage ceiling.

At present, the provisions of both Minimum Wages Act and Payment of Wages Act apply on workers below a particular wage ceiling working in scheduled employments only.

The floor wage will be computed based on minimum living conditions, benefiting about 50 crore workers across the country.

At present there are 12 definitions of wages in the different labour laws leading to litigation besides difficulty in its implementation.

The definition has been simplified in the Bill and is expected to reduce litigation and also reduce compliance cost for employers.

The Code on Wages Bill was earlier introduced in Lok Sabha on August 10, 2017 and was referred to Parliamentary Standing Committee, which submitted its report on December 81, 2018.

However, owing to dissolution of the 16th Lok Sabha, the Bill had lapsed. Therefore, a fresh Bill was drafted after considering the recommendations of the Parliamentary Standing Committee and other suggestions of the stakeholders.

Initiating the debate on the Bill, Congress member K. Suresh alleged that the Bill was aimed at benefiting the corporate sector and not workers, and was a reflection of the “indifferent attitude of the government”.

Also Read: India’s Labour Laws Are Being Amended for Companies, Not Workers

Even RSS-affiliated trade union Bharatiya Mazdoor Sangh (BMS) had opposed the Wages Code, he said, adding the enactment of the Bill will result in labour unrest and disturb industrial peace.

Saugata Roy (TMC) said that workers were struggling to save the existing benefits from employers who themselves are feeling stressed on account of policies of the government.

Supriya Sule (NCP) said that the government has failed to pay wages of BSNL and MTNL employees and the Bill is an eyewash.

Jayadev Galla (TDP) said the government should synchronise the MGNREGA and minimum wage.

Others who spoke in the discussion include Virendra Kumar (BJP) and D. Ravikumar (DMK).