As Lok Sabha Elections Begin, the Seats and Candidates to Watch out for

This will likely be one of the most polarised elections in India’s history. 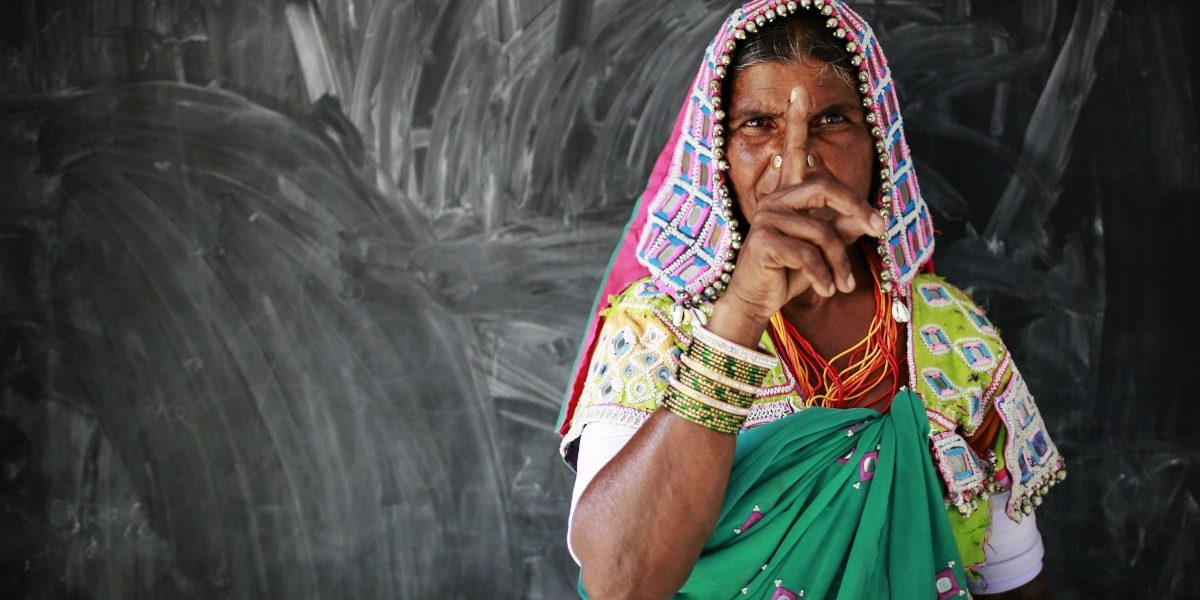 Ninety-one constituencies in 20 states and union territories will vote in the first phase on April 11. Credit: Reuters

New Delhi: The seven-phase parliamentary polls to elect the 17th Lok Sabha begins Thursday. Amid a heightened battle of words between political parties, 91 constituencies in 20 states and union territories will vote in the first phase on April 11.

While the whole of Andhra Pradesh, Arunachal Pradesh and Sikkim will vote for simultaneous assembly elections as well, parts of Odisha – which has polls spread over four phases – will also vote for a new state legislature.

Over the last month, the ruling Bharatiya Janata Party (BJP) has attempted to turn the election into a referendum for Prime Minister Narendra Modi, who, in turn, has sought to politicise the militant attack on the CRPF convoy in Pulwama, Jammu and Kashmir. While the BJP had earlier accused the opposition parties of politicising the issue, it was no less than the prime minister himself who in his Latur speech appealed to the first-time voters to dedicate their votes to the martyrs of Pulwama.

The ruling party has indicated that it will most likely seek votes by whipping up nationalist emotions rather than on its performance over the last five years. While in 2014, the BJP relied greatly on the merits of Modi’s ‘Gujarat Model’ – apart from its underlying message of Hindutva, it has little to speak in aspects related to development in 2019. Modi government’s unimpressive record in economic matters may have led to BJP’s changed strategy.

As a result, the saffron party will depend on Modi himself, hyper-nationalism and Hindutva, and carefully-engineered social coalitions across states to battle anti-incumbency.

The opposition parties over the last one year kept signalling that they would come together to combat the BJP. However, as things stood on the eve of elections, the opposition unity experiment has only been partially successful. The Congress-led United Progressive Alliance is more or less the same as it was in 2014 while the BJP-led National Democratic Alliance increased its constituents from 16 parties to more than 35.

Clearly, the BJP understood the importance of alliances better than the Congress for the likely tight battle.

However, the regional parties have shown some positive spirit to come together, the biggest example of which is the alliance between arch rivals Bahujan Samaj Party, Samajwadi Party and Rashtriya Lok Dal in Uttar Pradesh. Similarly, parties like the Trinamool Congress, Aam Aadmi Party and Telugu Desam Party emerged as the most vocal opponents of the Modi government in the run-up to elections.

With the regional parties at one end and the Congress on the other, the opposition has struggled to come together electorally despite their ideological similarities and common opposition of the Centre.

They have, nonetheless, foregrounded issues like rising unemployment, intensifying agrarian crisis, communal disharmony, the controversial Rafale aircraft deal, disastrous impact of demonetisation. They have raised the pitch against the BJP on these issues and blamed the Modi government squarely for India’s falling standards of economy and polity.

Held against this backdrop, the general elections will perhaps be one of the most polarised elections in India’s electoral history.

Jamui Lok Sabha seat will be to watch out for. Here, Chirag Paswan, son of union minister and the chief Lok Janshakti Party Ram Vilas Paswan, is contesting. As an important ally of the BJP in Bihar, he will face a tough battle from the opposition alliance.

In Gaya, former chief minister Jairam Ram Manjhi, a leader of Hindustani Awam Morcha and a key ally in the opposition alliance, is contesting. His performance would indicate which way the Mahadalit vote has gone in Bihar.

Once firmly in support of chief minister Nitish Kumar, Mahadalits have shown some degree of resentment against the Janata Dal (United) for abandoning the mahagathbandhan mid-way to join the BJP-led NDA.

Two constituencies – Muzaffarnagar and Baghpat – will be keenly watched. Here, gathbandhan candidates and Rashtriya Lok Dal chief Ajit Singh and his son Jayant Chaudhary are contesting. Singh will be taking on BJP’s Sanjeev Balyan, whose name cropped up as one of the instigators during the 2013 Muzaffarnagar riots. Chaudhary will be up against the sitting BJP MP and former Mumbai commissioner of police, Satyapal Singh.

The results here will be interesting to see as following the riots, the Hindus, especially the dominant Jats, had moved towards the BJP entirely, breaking the Jat-Muslim social coalition that former prime minister Charan Singh had nurtured.

The RLD, which was seen as a custodian of Jat farmers interests, was left deserted by its traditional constituency. With farmers’ woes escalating in the last five years, the RLD leaders are hoping to see a reversal of their fortunes. They have campaigned for the Muslims and Jats to come together.

Also read: In Western UP, This Farmer Leader Wants to Revive Jat-Muslim Unity to Take on the BJP

Another key seat to look out for is Ghaziabad from where former army chief and Union minister V.K. Singh is contesting. He had won the seat in 2014 by more than 5.5 lakh votes but the opposition alliance is giving him a tough fight this time.

Nagpur goes to polls today. Union minister and BJP heavyweight Nitin Gadkari is contesting the BJP rebel leader Nana Patole, who is often called a “giant killer”. Patole is contenting on a Congress ticket. In 2014, he had defeated the Nationalist Congress Party leader Praful Patel from Bhandara-Gondiya constituency. 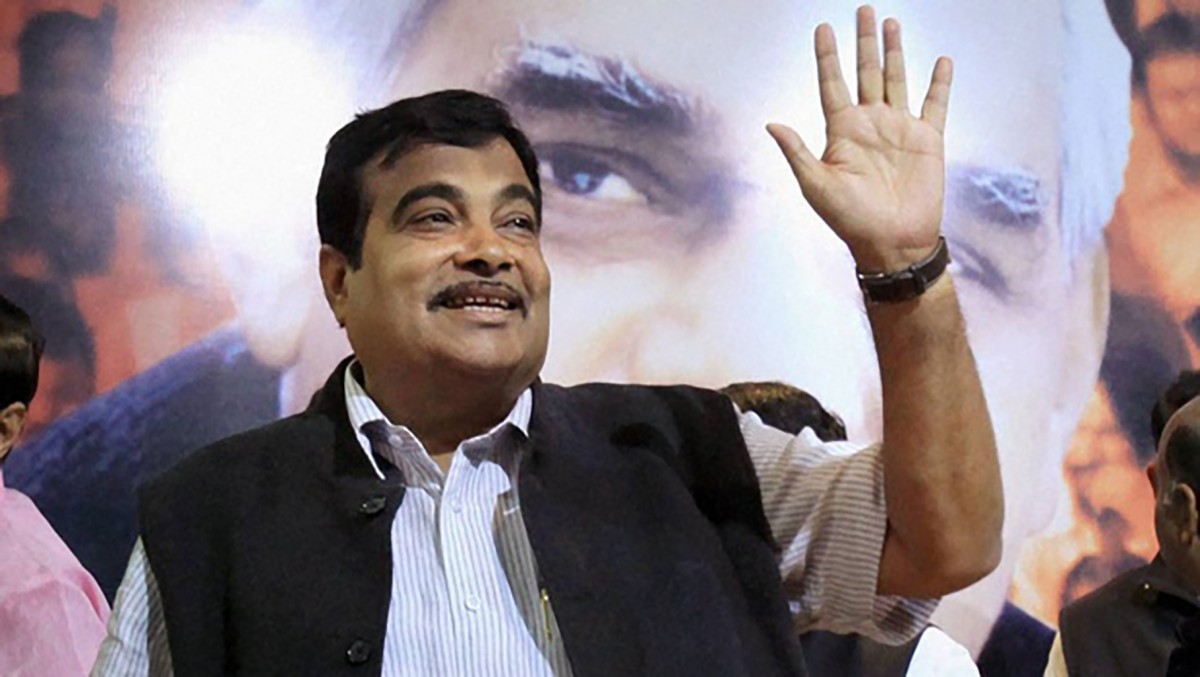 The Kalahandi Lok Sabha seat will have a tight triangular contest between the state BJP chief Basant Panda, who is taking on former Congress Union minister and anti-Vedanta leader Bhakta Charan Das.

All 25 Lok Sabha and 175 assembly seats will go to polls today.

Some of the key assembly seats to look out for are:

Kuppam: AP chief minister N. Chandrababu Naidu is contesting from this secure seat which has elected him as an MLA since 1985.

Pulivendula: YS Jagan Mohan Reddy, the leader of the principal opposition party YSR Congress, is contesting from this seat.

Among the Lok Sabha seats, Araku has a fascinating battle lined up. The constituency reserved for scheduled tribes will see a contest between former Union minister of tribal affairs V.K.C.S Deo and his daughter V. Shruti Devi. Deo, who is seen as the pioneer of the Forest Rights Act had recently quit the Congress to join the Telugu Desam Party. His daughter is contesting on a Congress ticket. 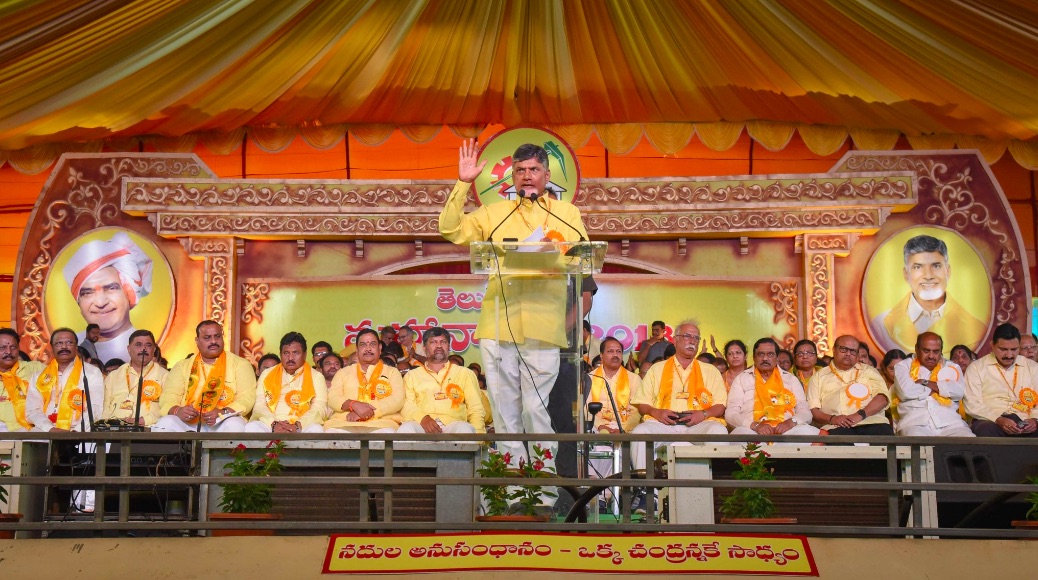 Senior Congress leader Renuka Chowdary is contesting from Khammam while the AIMIM president Asaduddin Owaisi will hope to retain his Hyderabad seat.

Also read: Why This Telangana Constituency May Be Forced Into a Ballot Vote

Another seat to watch is Nizamabad from where Telangana chief minister K. Chandrasekhar Rao’s daughter and sitting MP, K. Kavitha is contesting. Interestingly, a whopping 185 candidates are in the fray here. Around 175 farmers filed their nominations in protest against the state government’s alleged insensitivity towards falling prices of turmeric and red jowar.

Pauri Lok Sabha seat will witness Manish Khanduri, son of former BJP chief minister B.C. Khanduri, up against Tirath Singh Rawat, who has been one of the close aides of B.C. Khanduri. His son, Manish, had recently joined the Congress.

Poklok-Kamrang and Namchi Singhithang: The country’s longest serving chief minister, Pawan Kumar Chamling, is contesting from these two seats. He is hoping to secure a sixth term in the assembly.

However, his party, the Sikkim Democratic Front, is battling a strong anti-incumbency this time around. The Sikkim Krantikari Morcha has emerged as a strong opposition party.