Like the Salt Tax, Fuel Taxes Can Be Politically Potent, but the Satyagraha Is Yet Afar

Ten years after liberalisation, as the middle class was swelled by upward mobility, new entrants sought a better diet and prices rose. Now, the very same people seem to be learning to do with less, without complaining too loudly. 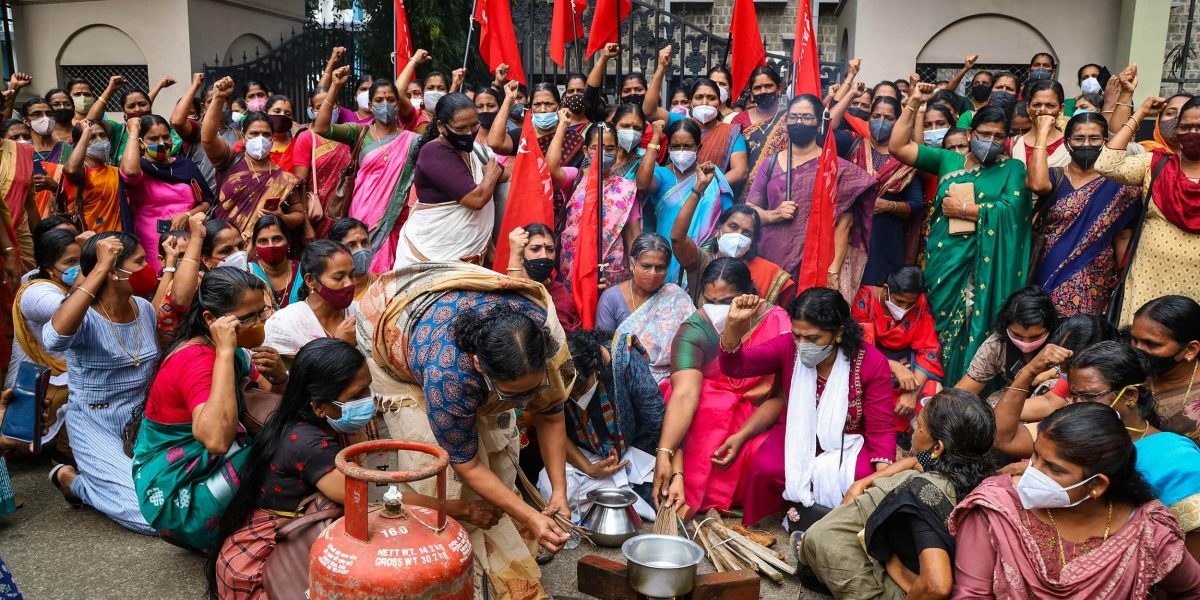 Looking back on our era, the historians of the future may marvel at the uncontested rule of a man who is not aware of very much outside the realm of electoral politics, and whose default response to a problem is to coin an acronym about it, hoping to sidestep the devil lurking in the details. The Prime Minister’s latest creation dropped at COP26 ― ‘Life’, or Lifestyle and Environment, a “one-word movement”. It reduced the world’s most complex problem, which has taxed the best minds since Rachel Carson’s 1962 book, Silent Spring, to the belief that all will be well because people are nice guys. It deftly deflected attention from the fact that the PM had committed to net zero without a credible plan to eliminate the use of coal.

But equally, the era will be remembered for the superhuman patience of the public with such trickery ― with unprecedented taxes on fuel, for instance, which a Union minister has claimed is needed to offset the costs of free vaccines, meals and cooking gas. Their effect is painfully visible in the neighbourhood market, but it’s not on the inflation record because, while they are essential for a healthy diet, perishables like fruit, vegetables and the ‘non-veg’ basket of goods are not classified as essential commodities. Ten years after liberalisation, as the middle class was swelled by upward mobility, new entrants sought a better diet and prices rose. Now, the very same people seem to be learning to do with less, without complaining too loudly.

Their patience is remarkable, because historically, food inflation has been a political hot button. It was spectacularly visible in Delhi, where onion prices eased out the BJP in 1998 and brought in Sheila Dikshit’s government, which changed the face of the city. But historically, political change driven by food prices takes time to develop. Gandhi’s Salt Satyagraha, a turning point in the freedom struggle, was 95 years in the making. The East India Company imposed countervailing taxes on Indian salt in 1835, to favour its traders overseas. These were inherited by the Raj, which also built the ‘Great Hedge of India’, a living customs barrier to the internal trade in salt. The tax on salt, which even the poorest need, was a political issue through the 19th century, and was taken up in the first session of the Indian National Congress in 1885. One of Premchand’s most widely read stories, Namak ka Daroga, concerned a salt inspector grappling with corruption. But it wasn’t until 1930 that salt became a political rallying point in the hands of the Mahatma.

So far, the public has responded immediately to two initiatives of the government: the NRC-CAA pincer movement and the trishul of the three farm laws. On both, the government has backed off from implementation. But the precedent being set at the LAC, the bullying of Kashmir, the pressure building on Muslims, the rampant misuse of the anti-terrorism law to incarcerate on flimsy grounds, have been borne patiently, perhaps because all are not perceived to be affected. But food inflation is another matter, affecting all but the most affluent homes. The fertiliser shortage could make it worse. Increasingly, it is being discussed ― out there, if not in the opinion pages of newspapers. In capable hands, it can become a political rallying point, which the acronymous PM may find hard to evade.