Understanding the Right, and the Liberal vs Illiberal Discourse

Using the best of liberal ethos enshrined in legal protections, the right-wing denies the same values to others. 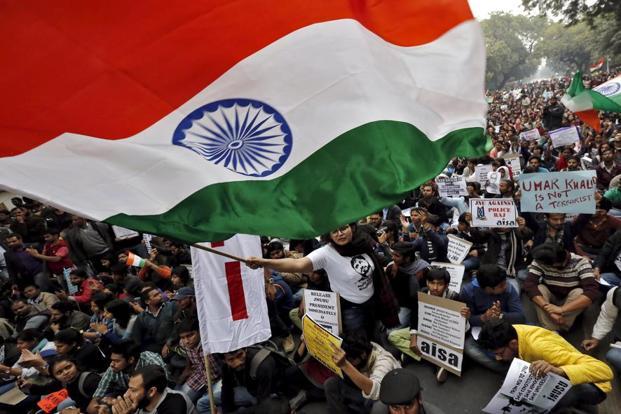 With the resurgence of a robust right-wing mobilisation in India, we are struck with a new kind of liberal-illiberal dilemma. Liberal democracies work with an implicit idea of a political culture that respects the liberal ethos of protecting the rights of those who are a numerical minority, in religious and ideological terms, and those who are socially and economically weak and underprivileged. The differences that exist are sought to be settled through a deliberative process that is the hallmark of liberal institutions, including an ideal of separation of powers between various pillars of democracy, one working as a check on the other between the legislature, executive and judiciary.

Much of the right-wing mobilisation stands in contrast to most of these liberal sensibilities and institutional arrangements. The right-wing politics essentially believes in centralising power through undermining institutions and unleashing violence with impunity. The question today is how you deal with a politics that believes in the righteousness of street violence and vigilante justice. All ideological, cultural and political differences stand at the doorstep of street violence. How do you deal with everyday violence, especially when the right-wing political groups enjoy a massive electoral majority of the kind they enjoy today? The Right uses the best of liberal ethos, extended by way of legal protections and a political culture built in the course of the nation-building exercise, and denies the same to others in the course of following their own ideals. This poses a unique dilemma for the Left-liberal project that is unable to either replicate the methods that the Right uses (for it undermines the very essence of their politics) and is also in a quandary on further extending liberal privileges (because that only seems to further augment the cause of the right-wing mobilisation with impunity).

Marxist thinker Herbert Marcuse had argued that the liberal ideal of tolerance always works in favour of the privileged by arguing all points of view need equal space as we cannot arrive at a single notion of truth. He therefore propounds the ideal of ‘right to intolerance’. Intolerance here refers to intolerance against vigilante justice, intolerance against the language of war and the domination of the majority over the minority, among other issues. The Right has developed elaborate mechanisms to deal with such easy counter-posturing by the liberals to gain clarity over the situation. One such method is to launch a range of social and cultural organisations and refer to them as `fringe groups`, who carry out dastardly attacks such as those against the rationalists and journalists like Gauri Lankesh, to be followed by denial and distancing along with refusal to act against them. The hydra-headed character of right-wing mobilisation is a unique way of dealing with the existing liberal political culture and the ethos of tolerance and coexistence. Since they cannot directly take on these ideals as they have taken roots in popular culture they seek to undermine them by acting and denying, right from the assassination of Mahatma Gandhi.

Further methods include mobilising in the name of liberal ideals but in actuality you undermine them, for instance, the attacks and public threats being issued in the name of tolerance. Right attacks those who have in the past been critical of India becoming intolerant. They express intolerance against being called intolerant.  Here they uphold the ideal of tolerance even as they display rampant intolerance. It is linked to their self-belief that India and Hinduism are compared to other nations and religions are more tolerant.  They hate and are critical of Islam for its ostensible distaste for democracy, dialogue and difference but wish to exactly replicate that in their own politics. They take pot-shots at Pakistan for their failed democracy and army playing the central role but precisely make army a central symbolism of nationalism in India. They criticise Pakistan for cleansing the minorities but precisely replicate that in India. In psychoanalysis, Sigmund Freud refers to this as ‘penis-envy’, envying what you don’t have. The Right in essence seems to admire Pakistan and its antidemocratic machinations and therefore wishes to achieve all of that by mounting criticism and thereby finding justification to reproduce the same set of practices. It’s not about criticising to create an alternative political culture but criticising to replicate the same set of practices, which again is unique to rightwing modes of mobilisation. Similar is the Right’s method of dislodging secularism. They undermine secularism in India not because they don’t believe in secular ethos but because what is followed in India is pseudo-secularism.

Finally, they have a strategy in states like Kerala where violence is countered by violence from the Left parties, whereby the Left no longer has a moral high ground in claiming tolerance over the rightwing kind of intolerance and violence with impunity. It is all equalised and thereby right-wing kind of violence no longer remains a distinct or unique to their brand of politics but just another kind of political violence that is sought to be depicted as a more general feature of Indian politics.

The questions that remain for the Left-liberal kind of politics in India are how do they collectively delegitimise the right-wing kind of blatant violence with impunity? How do they convince the majority that this kind of violence is born neither from being a victim nor as a response but remains a core strategy of generating fear and undermining the ability of democracy to ask uncomfortable questions? Finally, how does one convince the majority that the right is not merely anti-minority but in fact anti-majority in its deep conviction to control everyone, irrespective of religion and beliefs? Though Fareed Zakaria refers to the current scenario as rise of ‘illiberal democracies’, the elaborate strategies devised by the Right do not make this task any easy to convince the majority that they are essentially illiberal. The majority is lost in the maze of these diffused strategies that the Right has devised, and the gradual change in the political culture without overtly hurting the liberal sensibilities will make it all the more difficult to pin down the Right to its essential core.