Lalu Coming Out on Bail on November 9, Nitish's Farewell Next Day: Tejashwi

Bihar is voting in three phases on October 28, November 3 and November 7, and the results will be announced on November 10. 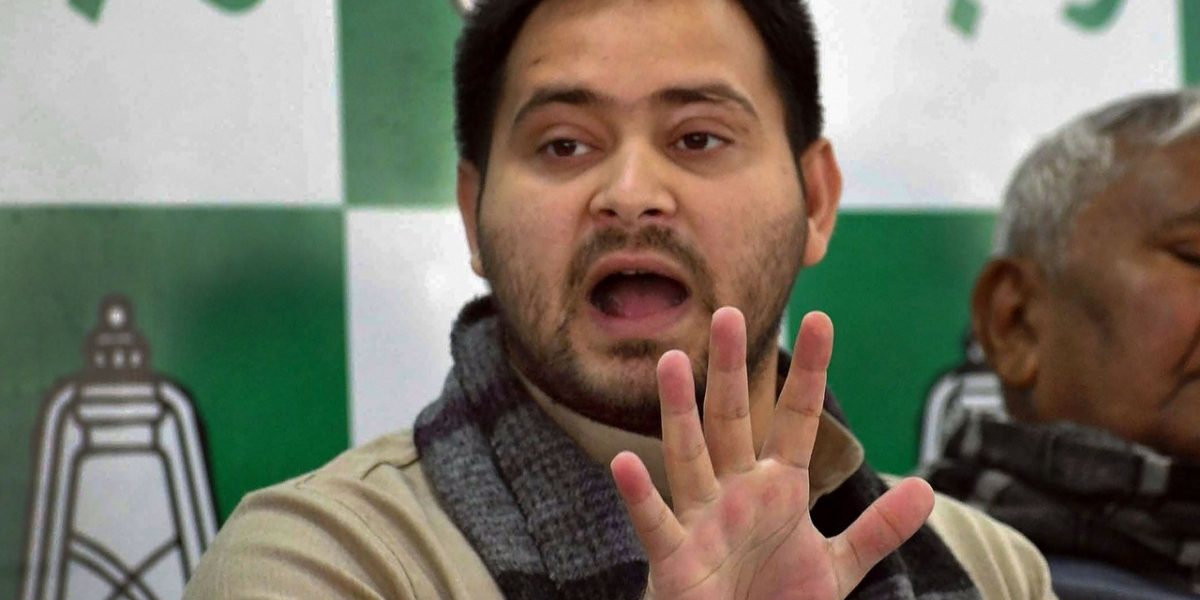 Hisua (Bihar): Rashtriya Janata Dal (RJD) leader Tejashwi Yadav Friday asserted his father and party supremo Lalu Prasad will come out of jail on November 9 after securing bail in a fodder scam case, and Bihar chief minister Nitish Kumar will have his farewell the next day.

The votes for the state assembly polls will be counted on November 10.

Prasad is in judicial custody in Jharkhand capital Ranchi after his conviction in fodder scam cases. He was recently granted bail by the Jharkhand high court in the case related to Chaibasa treasury but could not come out of jail as his bail plea in another case of fraudulent withdrawals from Dumka treasury is being heard.

“Lalu ji is getting released on November 9. He has got one bail and will secure another on November 9, which also happens to be my birthday. The next day, Nitish ji will have his farewell,” Tejashwi told a poll rally in Hisua, exuding confidence about winning the elections.

The state is voting in three phases on October 28, November 3 and November 7, and the results will be announced on November 10.

In his address, he accused the Nitish Kumar government of failing to root out corruption, bring industries, provide employment and check migration for livelihood.

He took a jibe at the chief minister for his remark that Bihar lacked industrialisation because it is landlocked, and reaffirmed his commitment of sanctioning one million government jobs in his first cabinet meeting if the grand alliance comes to power.

“Those who didn’t give you jobs, education, health facilities and industries in 15 years will not do so in the next five years as well,” he said.

In his address, delivered mostly in Bhojpuri in a tone that appeared a loose copy of his fathers famous style of speech-making, Tejashwi also targeted Prime Minister Narendra Modi, who is in Bihar to address his first rallies in the polls.

“The PM has come to Bihar. I was expecting him to tell when Bihar will get the special state status and a special package. You should have revealed how many government jobs you provided,” he said.

Continuing his tirade against Kumar, the mahagathbandhan’s chief ministerial candidate said the Janata Dal (United) president did not come out of the chief minister’s house for 144 days due to the fear of coronavirus.

“Coronavirus is still there, but now he is coming out, because he wants votes, wants chair,” he said.

Responding to the NDA’s persistent question about where will he bring the fund from for his promised one million jobs, Tejashwi said, “Bihar has a budget of Rs 2.13 lakh crore and the Nitish Kumar government manages to spend just 60% of it. There still is Rs 80,000 crore left.”

He sought to reach out to voters of every age group with the promise of waiving examination fees and fare for commuting to exam centres, making contractual teachers permanent, and raising the old-age pension to Rs 1,000 from Rs 400.

“This fight is not between Nitish and Tejashwi, neither is it between Rahul Gandhi and Narendra Modi. It is a fight between the people and a dictatorial government,” he said.