Although he got bail on the same day, the particular chain of events have led Tsewang Rigzin to believe that police may have acted based on instructions from the 'top', he tells The Wire. 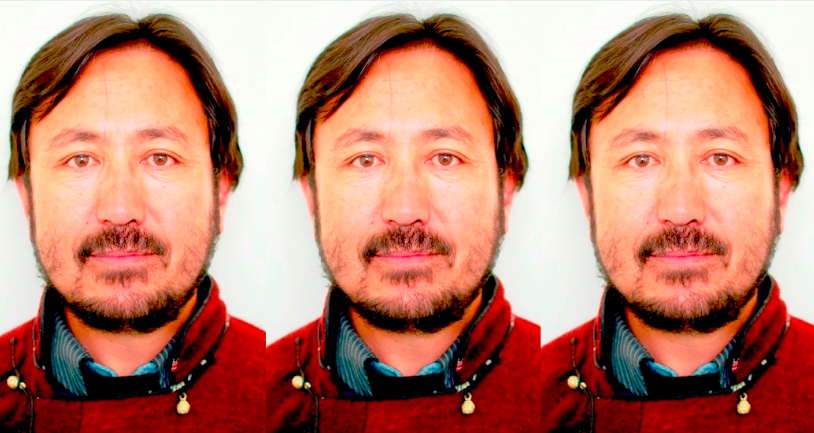 New Delhi: Tsewang Rigzin, the Leh correspondent of the popular Jammu-based daily State Times, was arrested on September 5 on the basis of a police complaint lodged by the BJP MP Jamyang Tsering Namgyal from Ladakh.

In the run-up to the May 6, 2019 Parliamentary elections in Ladakh, which was won  by Namgyal, Rigzin – as the general secretary of the Leh Press Club – was instrumental in filing an FIR against the then Jammu and Kashmir BJP leader Vikram Singh Randhawa for allegedly bribing journalists at a press meet “to influence the outcome of the Lok Sabha elections” just a day before the polling day.

Rigzin runs a popular Facebook group, ‘Ladakh in the Media’, which has about 34,000 members. On September 3, a member, whom the police have not been able to trace yet, had posted a comment on the BJP parliamentarian. Police then arrested Rigzin on September 5, citing the fact that he was the admin of that social media platform.

However, the arrest was said to been made under Section 188 of the Indian Penal Code which amounts to disobeying a public servant. However, Rigzin has not been able to access a copy of the complaint yet and told The Wire that he is unsure if this is indeed the section under which he has been booked.

The Wire has so far failed to reach Leh Police for a confirmation on the section or sections under which the journalist was held on September 5 before he was granted bail on the same day. 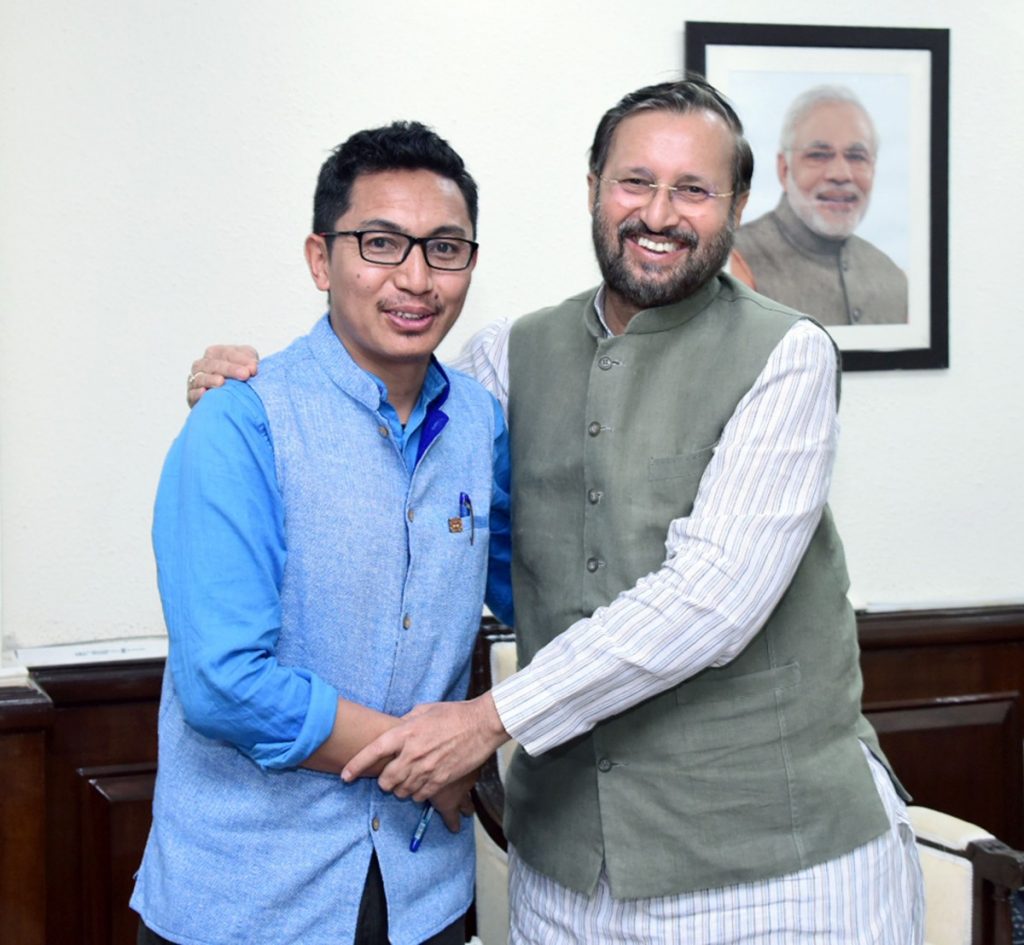 Rigzin said that until police brought the post to his notice on September 4, he had not seen it. He immediately offered to delete it. However, the police asked him not do so as it would amount to ‘destruction of evidence’. By then, the police had taken note of the BJP MP’s complaint.

“For a place like Ladakh with barely three lakh people, the reach of the FB group that I run with around 34,000 members is pretty high. Lot of people follow it. If something comes on that group, you can say that the whole of Ladakh will get to know about it,” he said.

“When I approve a person to be a member of the group, I can’t fully verify in minute details the credentials of a person. I can’t ask them for their Aadhaar card, for instance. Many members regularly post comments on what is happening in the state, on the group,” he added.

He told The Wire that on September 4, when he received the call from police informing him about the comment which led to the complaint, he offered all help in tracing the person. “It was difficult for police to do this as that person’s Facebook profile was locked.”

Rigzin received another call from the police on the evening of September 5. “I was asked to come to the police station regarding the comment of that member. There, I was told that they would have to arrest me. I could sense that there was pressure from the top to do so. I understood under what circumstances the police had to take that step. So I told them to proceed as per the law. I was arrested and then immediately released on bail,” he said.

“Jamyang Namgyal could have called me about it, instead of going to police and making it an issue. When I saw the comment, I found it objectionable too. I would have immediately removed it,” he added.

The comment alleged that for power, Namgyal would go to any length, even sell someone from his family. The comment was in response to a video uploaded by another member on September 1 in which Namgyal could be seen delivering a fiery speech, back when he was a student leader. He had commented on the border issue and questioned the then UPA II government about managing the India-China border.

Namgyal came to prominence in national media after he gave an impassioned speech in support of the Narendra Modi government’s decision to read down Article 370 and to made Ladakh a Union Territory (UT).

Importantly, Rigzin said that his arrest based on the BJP MP’s complaint came just two days after he had questioned a resolution taken by the Ladakh Autonomous Hill Development Council (LAHDC), which is now run by the BJP.

Rigzin had taken a break from journalism in 2005 to become an LAHDC member. He remained a member till 2015.

“We in Ladakh are happy that we are now a UT. But that decision has come without granting any constitutional protection to the tribal people of Ladakh. So people are very apprehensive about not having any safeguards to protect their identity and land rights. They are worried that in coming times, there will be a huge demographic change in Ladakh and they, as indigenous people, will lose their rights. So there is a popular demand for bringing Ladakh under the Sixth Schedule of the Constitution,” he said.

“The BJP has been saying that it would bring in a domicile law to protect the rights of the tribal population. But people have rejected it; they are for Sixth Schedule. Several political leaders, including from the BJP, have quit the party and have come together as a non-political group to also demand it from the Centre.”

He added, “The general council of LAHDC, which now comprises of BJP members, passed a resolution on September 3 saying that they demand either a Sixth Schedule, or a domicile law, or implementation of Article 371 of the Constitution to protect the rights of the local people. To that, I, as a former member of the LAHDC, objected because of the multiple options it had given to the Centre.”

In a video that Rigzin posted on Facebook on September 7 narrating the turn of events leading to his arrest on September 5, he said, “I questioned why LAHDC was so indecisive to have not been able to focus on one proposal.”

He said, “I have nothing against the BJP or any other party. Still, I thought of recording the video to put out the chronology of events in the public domain because I felt I shouldn’t keep quiet about it. Curiously, the member [of his Facebook group] who had made that comment also can’t be traced. Who knows if someone had knowingly done that to put me in trouble? Today, if my voice is silenced, tomorrow it may happen to someone else and that voice too may have to remain silent. I had offered to delete the post and still action was taken against me. Had I refused to do so, then such action would be understandable but I was ready to cooperate.”

On being asked about the FIR just before the May 2019 parliamentary polls, Rigzin said, “I was instrumental in filing that FIR. After we filed the case, some of our media friends had suggested that we shouldn’t go ahead because we might get into trouble. I said we should not withdraw it as it was wrong to try and bribe journalists. Later, when we were still a part of Jammu and Kashmir, Ravinder Rana, the president of the then state BJP, in an interview, accused me of making it an issue. So, I was a marked man.”

As to what became of the case, he said, “Nothing has happened. Though, the case is not closed, we have not withdrawn the FIR.”

Meanwhile, the Indian Journalists Union, in a statement, condemned the arrest of Rigzin, who is also the general secretary of Ladakh Journalists Union. The statement which called the action against Rigzin “illegal and arbitrary,” said, “The Delhi High Court, in a ruling in 2016, made it clear that the administrator of a social media group couldn’t be held responsible for a post by one of its members.”

Note: This article has been updated with the fact that ‘Ladakh in the Media’ is a Facebook group. An earlier version had erroneously identified it as a Facebook page. An erroneous mention of Namgyal having studied at JNU has also been removed.