A delegation from the union territory met home minister Amit Shah on Sunday. 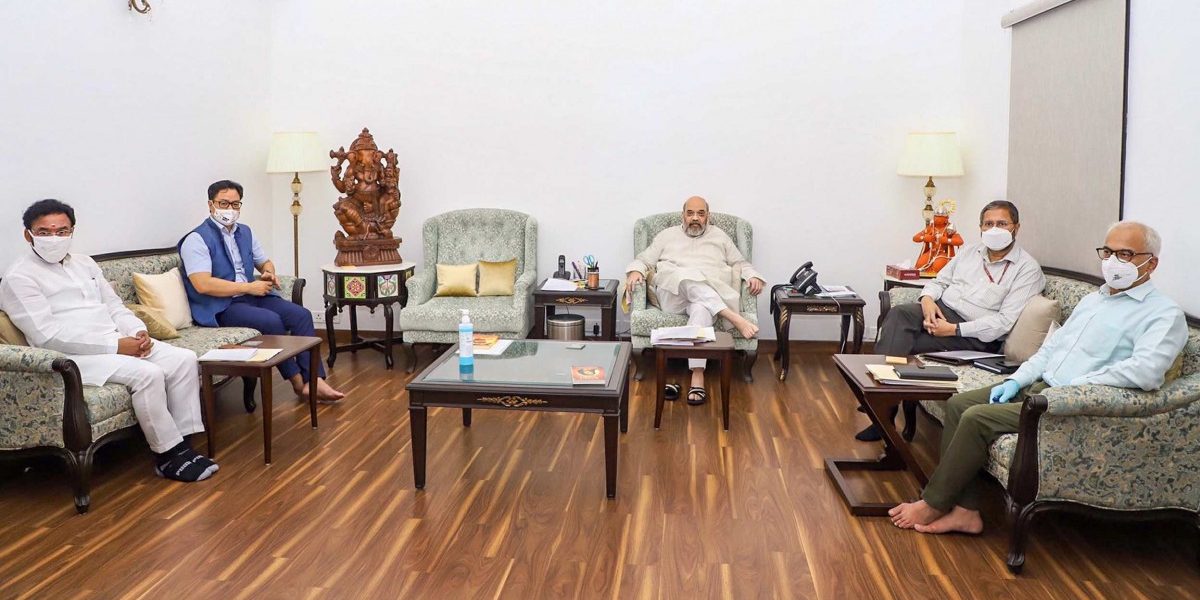 Srinagar: An influential Ladakhi organisation, backed by political and religious groups, on Sunday withdrew the call to boycott to Ladakh Autonomous Hill Development Council (LAHDC) elections, after the Centre said it was “positively considering” the demand for protecting jobs and land for locals.

The apex body, People’s Movement for Constitutional Safeguard Under Sixth Schedule, announced the decision after a meeting with Union home minister Amit Shah in New Delhi.

“We have withdrawn the election boycott call after the home minister assured us that the Centre will consider the demand for protection of local language, environment, jobs and land under the Sixth Schedule,” Chering Dorjey Lakrook, a former MP who was part of the meeting, told The Wire.

The move comes as a breather for the ruling Bhartiya Janta Party (BJP), which is heading the Council. The party had found itself isolated over the demand which had brought all political and religious groups in Leh, including the powerful Ladakh Buddhist Association, together on a single platform.

The ‘assurances’ on Sixth Schedule

Lakrook, along with former MPs Thiksey Rinpochey and Thupstan Chhewang, met the home minister at his residence on Saturday. During the meeting, Lakrook said, the home minister assured them that the government of India will consider the demand to extend constitutional safeguards to Ladakh under the Sixth Schedule on the lines of the Bodo Territorial Council.

“The home minister said the government of India is committed to protecting the interests of the people of Ladakh and will explore all avenues in this regard including protection under the Sixth Schedule,” said Lakrook.

A joint statement issued after the meeting said the Ladakhi delegation was assured that all issues related to language, demography, ethnicity, land and jobs will be “considered positively”.

“The government of India is open to discuss protection available under the Sixth Schedule of Constitution of India while looking into issues related to Ladakhi people,” the statement said.

Last week, in an unexpected move, all political and religious bodies in Leh unanimously decided against participation in the LAHDC elections in protests against the government of India’s non-commitment to ensure constitutional safeguards to protect demography, land and jobs in Ladakh

Feeling the heat, the BJP on September 3 moved a resolution in the Leh Council, demanding the union territory of Ladakh be granted constitutional safeguards for land, environment, employment, business and cultural resources either under the Sixth Schedule, Article 371 or a domicile Act, for protecting the tribal rights of Ladakh’s indigenous people.

However, the people of Leh rejected the resolution, accusing the Centre and the BJP of betraying them over the demand, while reiterating that they would not settle for anything short of implementation of the Sixth Schedule.

Amid growing resentment, all political and non-political forces in Leh joined hands to back the Sixth Schedule demand in the form of a resolution. Though the local BJP unit was initially also a signatory to the resolution, it later maintained distance from the apex body which was formed last month.

Larkook said all the political and religious organisations of Leh, including the Congress, Aam Aadmi Party, Ladakh Buddhist Association, minority groups like Anjumani Moin-ul-Islam, Anjumani Immami and the region’s Christian community, had authorised the delegation to hold discussions with the Centre.

Polls for the 26 seats of the Leh Council will take place on October 16 – the first such exercise in the region after Ladakh was carved out from Jammu and Kashmir and granted union territory status on August 5, 2019, following the dilution of Article 370.

According to the statement, the home ministry will initiate a dialogue with a larger Ladakhi delegation comprising representatives from both Leh and Kargil districts, under the aegis of the apex body, 15 days after the culmination of the LAHDC elections.

“Any decision so reached in this connection would be in consultation with the representatives from Leh and Kargil,” said the statement.

The Centre is likely to send a team headed by a Union minister to Ladakh, which will meet a cross-section of people to allay their fears. “The team is likely to visit the region in a day or two to reassure people,” said a BJP leader from Leh.

Larkook described the meeting with the home minister as a “good beginning”, but hurried to add that the group will keep a close eye on the developments in the days to come.

“It is a question of the identity of people of Ladakh, our existence. There can be no compromise on it,” said Larkook.