Supreme Court has ordered a floor test in the Karnataka Assembly at 4 pm on May 19. 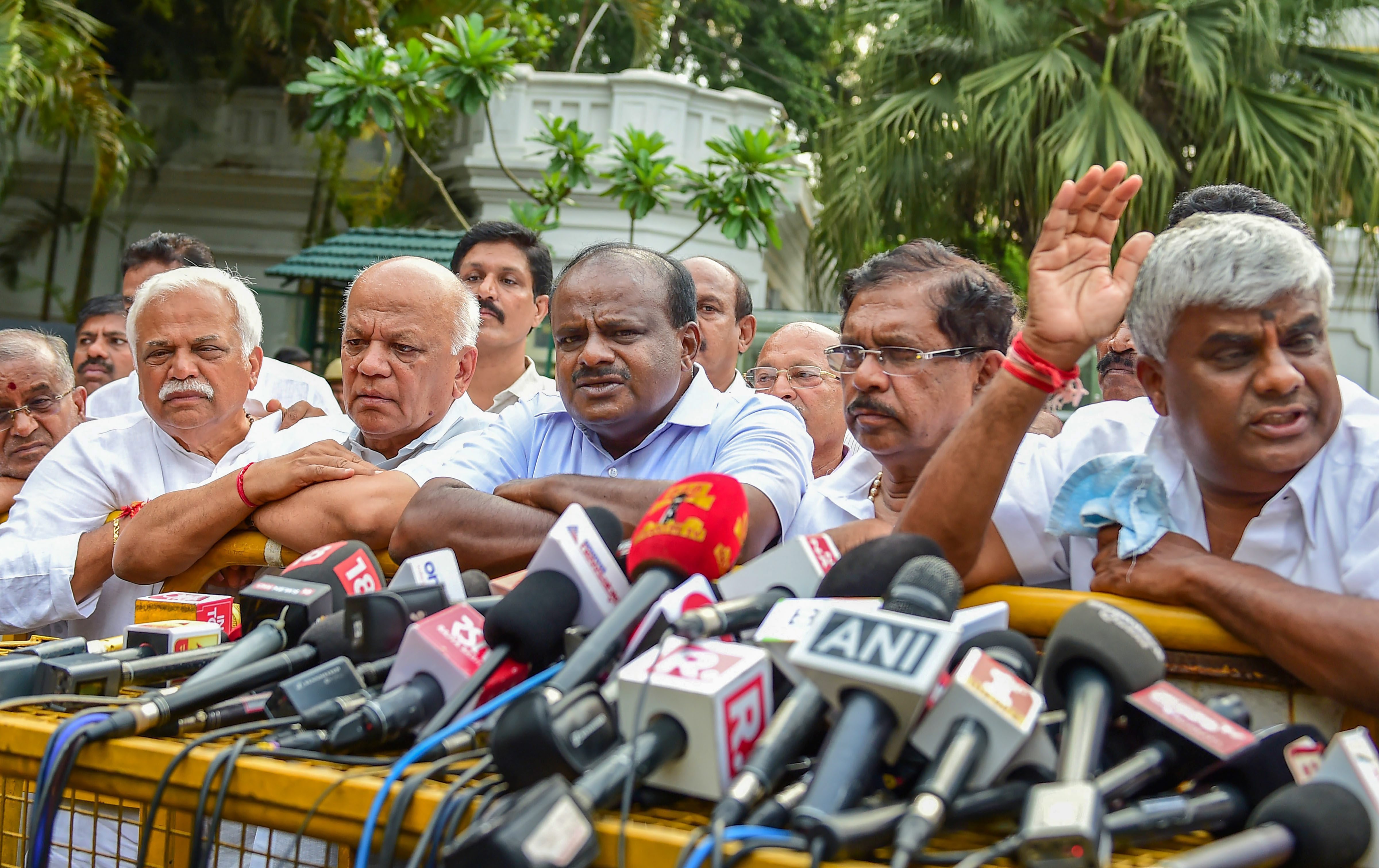 Hyderabad: Janata Dal (Secular) leader H.D Kumaraswamy on Friday alleged that two of his MLAs were “hijacked” by the Bharatiya Janata Party (BJP) from Bengaluru, but expressed hope that they would join his camp Saturday morning.

Speaking to reporters here, the JD(S) leader claimed that the BJP had been trying to “purchase” his MLAs by offering several incentives.

“The BJP has no strength to form the government. The confidence vote will be defeated by the Congress and the JD(S) combine. We know that two MLAs were hijacked from Bengaluru. One MLA is in touch with us,” he said  on Friday.

The Supreme Court on May 18 ordered a floor test in the Karnataka Assembly at 4 p.m on May 19, drastically slashing the 15-day window given by the governor to BJP’s B S Yeddyurappa to prove majority.

The BJP has emerged as the single largest party with 104 seats, followed by the Congress with 78, the JD(S) with 37 and three seats have gone to others in the 224-member assembly where elections were held for 222 seats.

The majority mark is 112 seats and the post-poll alliance strength of the Congress-JD(S) combine, which claims to have 117 MLAs, has alleged foul play in the governor inviting BJP to form the government.