The NCP chief had filed an affidavit before the commission, headed by former Bombay high court Chief Justice J.N. Patel, on October 8, 2018. 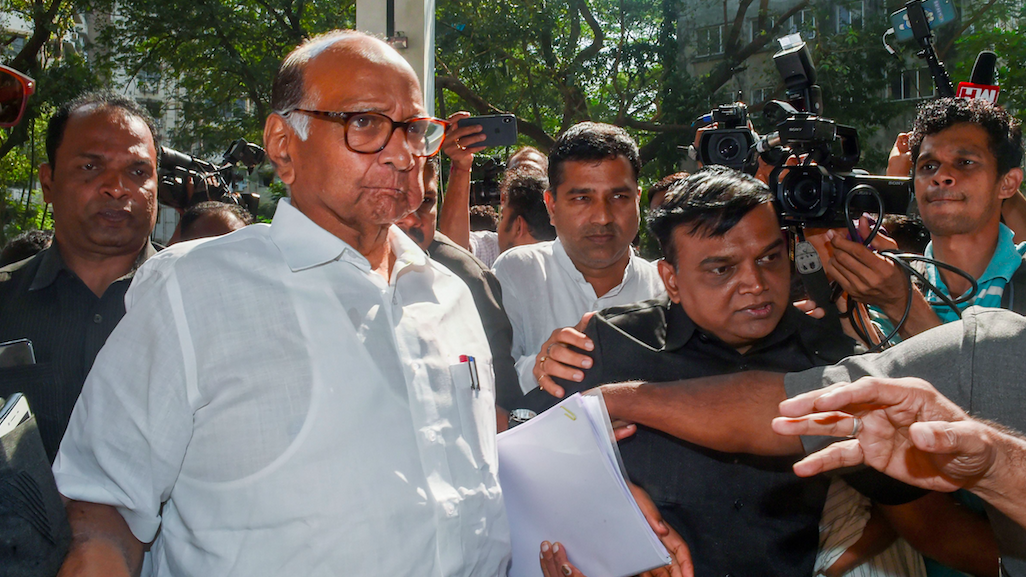 Pune: The Koregaon Bhima Inquiry Commission has summoned NCP chief Sharad Pawar to depose before it as a witness in the 2018 caste-violence case, the panel’s lawyer Ashish Satpute said here on Wednesday.

Pawar will have to appear before the commission in Mumbai, as the scheduled hearing by the commission was shifted there in view of coronavirus outbreak.

The hearing, which was scheduled to be held in the last week of March, will now be held between March 30 and April 4.

The NCP chief had filed an affidavit before the commission, headed by former Bombay High Court Chief Justice J.N. Patel, on October 8, 2018.

In February this year, social group Vivek Vichar Manch member Sagar Shinde filed an application before the commission, seeking summoning of Pawar in view of certain statements made by him in the media about the 2018 caste violence.

In his plea, Shinde cited a press conference of Pawar held on February 18.

As per the application, at the press meet Pawar alleged that right-wing activists Milind Ekbote and Sambhaji Bhide had created a “different” atmosphere in Koregaon-Bhima, located on outskirts of Pune city, and its vicinity.

“In the same press conference, Mr. Pawar also alleged that the role of Pune city police commissioner is doubtful and must be investigated. These statements are within the purview of the terms of reference of this commission and therefore, they are relevant,” Shinde had said in the plea.

The applicant had also said he had reasons to believe Pawar has relevant and additional information, apart from what he has already shared in his earlier affidavit filed before the panel regarding the violence and other related matters.

In his affidavit, Pawar had stated that it was unfortunate that the state government (BJP was in power at the time of the violence) and law and enforcement authorities failed to protect the interest of the common man residing at Koregaon Bhima and its vicinity.

He had further stated that the active role of “right-wing” forces behind the violence at Koregaon Bhima cannot be ruled out.

“However, concrete evidence in this regard can be gathered only by law enforcement agencies of the state, he said in the affidavit.

Gathering of anti-social elements in large numbers at Koregaon Bhima indicated the failure of law enforcement agencies, he had told the panel.

Last month, the commission was given “final extension” till April 8 this year by the Shiv Sena-NCP-Congress government to submit its report.

Violence erupted in Koregaon Bhima and nearby areas on January 1, 2018, during the 200th-anniversary celebrations of the Koregaon-Bhima battle.

The Pune Police have alleged that “provocative” speeches at the ‘Elgar Parishad conclave’, held on December 31, 2017, triggered the violence.

According to the police, the Elgar Parishad conclave organisers had links with Maoists.

In December, Pawar termed the arrest of activists in the Elgar Parishad case “wrong” and “vengeful”. He had also demanded that a Special Investigation Team be set up under a retired judge to probe the action taken by Pune police.