Sundar and other BJP cadres were taken into custody when they were on their way to protest against VCK chief Thol. Thirumavalavan for his alleged remarks against women. 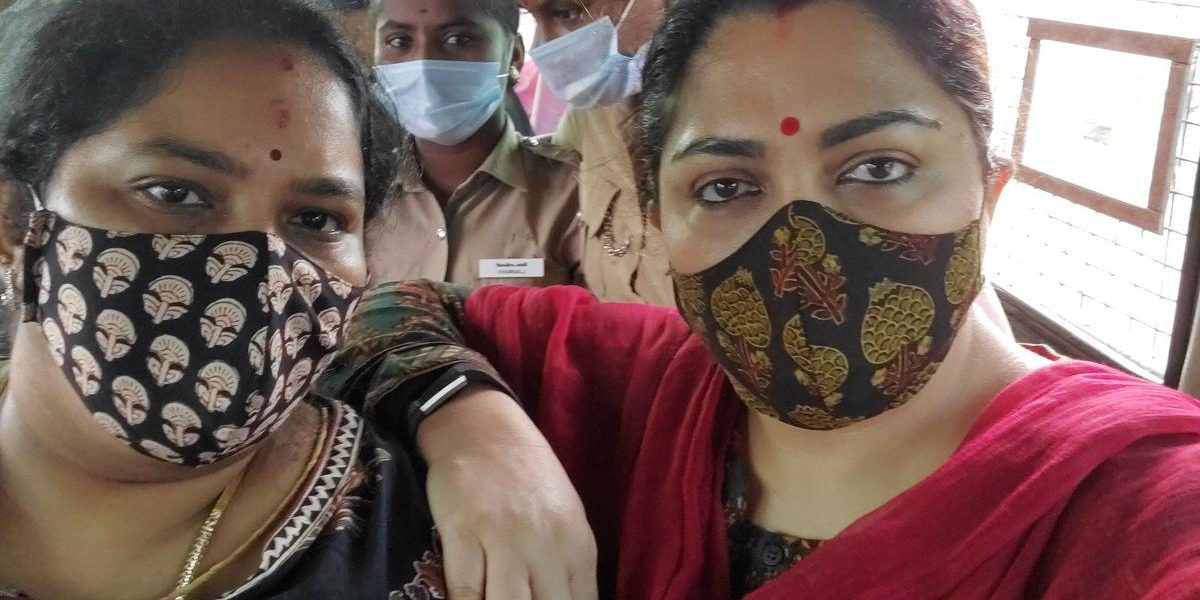 Khushbu Sundar was detained on her way to protest against VCK chief over Manusmriti row. Photo: Twitter/Khushbu Sundar

Chennai: Actor-turned-politician Khushbu Sundar and other Bharatiya Janata Party (BJP) cadres were detained on Tuesday as a preventive measure over the ‘Manusmriti’ row, police said.

Sundar and others were taken into custody when they attempted to proceed to Chidambaram town to protest against Viduthalai Chiruthaigal Katchi (VCK) chief Thol. Thirumavalavan for his alleged remarks against women.

If they had been allowed to proceed, it may have resulted in law and order issues, hence they were detained as a preventive measure, a police officer said.

When the group was lodged on the premises of a resort on the East Coast Road, they raised slogans demanding the arrest of Thirumavalavan for “denigrating” women.

Staging a sit-in protest on the premises where they were detained, Sundar said, “This protest is to oppose Thirumavalavan for his comment against women. I used to address him only as (an) elder brother and had so much respect for him. But, I don’t know how I could address him (as) so after his remark.”

Sundar claimed that she and other BJP workers were arrested as soon as their vehicles entered Chengelpet district.

“The version of the ancient text that was cited by VCK has no authenticity either, the Constitution alone is supreme,” she stated.

Former Union minister and BJP leader, C.P. Radhakrishnan, condemned their detention. “My very strong condemnation of the arrest of Smt. @khushsundar Ji and other members of @BJP4TamilNadu today who had planned a peaceful protest against #Thirumavalavan who is facing a huge public backlash for his speech. The entire TN women are angry with him. #ArrestThirumalavan,” he tweeted.

Tamil Nadu BJP leader K.T. Raghavan said, “When no action is taken against Thirumavalavan for his derogatory utterances on Hinduism in spite of many complaints lodged with police, myself and @khushsundar arrested on the way to Chidambaram to take part in the democratic protest…what kind of government is this?”

On Monday, when Thirumavalavan visited Erode, the environment became tense for a while as BJP and VCK cadres nearly came to blows over the Manusmriti row.

A few days ago, a video clip of Thirumavalavan went viral in which he used a word with regard to women, claiming it was mentioned in the Manusmriti. The VCK chief had alleged that the ancient text itself belittled women.

BJP and Hindu outfits demanded an apology from him alleging he denigrated women and Hinduism.