Kerala: What We Are Seeing Is Politics Based on Civic Engagement, Not Authoritarianism

The CPM state secretariat collectively decided its ministerial list, vetted their portfolios and deputed senior leaders as PAs to the new team. Could things be any more different from Modi and the BJP? 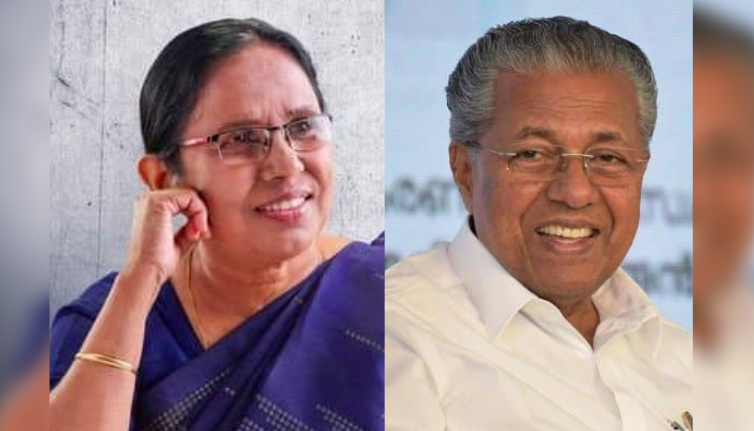 There was much disquiet among liberals when Kerala’s chief minister, Pinarayi Vijayan, decided to drop health minister K.K. Shailaja from his new cabinet. The way she tackled challenges like Nipah and COVID-19 had earned her international acclaim. Then we had the more shocking report: the CM has included his own son-in-law as minister.

CPM state general secretary A. Vijayaraghavan’s wife also has been made a minister. Vijayan himself holds as many as 27 departments, including home. For the media used to Narendra Modi’s way of running things, all this signals the making of another supreme leader with authoritarian trappings.

Watch the frightening scenario! The CM has excluded all but the former speaker, K. Radhakrishnan, from the new team. Like Modi shunted out veterans like L.K. Advani, Murli Manohar Joshi and Yashwant Sinha. And Pinarayi did all this by challenging the authority of his party high command.

While such quick-sketch caricatures have a superficial appeal, there is more to the Pinarayi gambit than meets the eye. Two aspects, in particular, deserve our attention.

The first is the manner in which the Kerala CPM arrived at such decisions. Was the ouster of the popular health minister the product of personal fancy? What was the role of the CPM’s decision-making bodies like the state secretariat and state committee?

The second is how the state’s organised Left has been recalibrating its role to in the face of changes occurring in Kerala society post-liberalisation.

Also read: Here’s Why Pinarayi Vijayan Can’t Be Called a ‘Modi in a Mundu’

Taking up the last first, the Left’s biggest problem has been how to coexist with the growing culture of crass consumerism, commercialisation and ugly display of wealth. The decline of trade unions, kisan and agricultural workers’ movement deprived the communists of their main catchment areas for cadre sourcing. The bulk of the Left MLAs under the Nayanar ministry had come from these traditional mass movements.

This time, most Left MLAs had their grooming in SFI, the Youth Federation and women’s movements. This generational change was made possible by shifting the main focus to the middle classes, women and such other deprived sections and taking up developmental issues like environment. It was this conscientious reorientation over the years that has held the Kerala communists in good stead.

One such early initiative was the Left-dominated Kerala Shastra Parishad. It has done pioneering work in fields like education and environment. Thousands of youths joined the Saksharata (literacy) mission. Kudumbashree, another Left-dominated women initiative, has been engaged in such varied fields as community kitchens, thrift and credit, waste collection and organic farming. Janakiya Asuthranam or people’s planning was another Left initiative. Debate is going on now to bring out a second version of people’s planning.

Such experiences prompted the Kerala CPM to readily embrace the new organisational line which emerged from the party’s Kolkata plenum in 2015. As part of this, the party organised an International Kerala Study Congress in January 2016. The issues emerged at the congress was debated at over 50 local seminars.

Also read: Continuity of Government Is a New Challenge for the Kerala Left

The conclusions which emerged from these conclaves formed the mainstay of the CPM’s poll campaign and later the Pinarayi government’s programme. Accordingly, CPM supporters took a leading role in the Pinarayi government’s voluntary programmes like Samuhya Suraksha (social security) for women and children and Harita Keralam (green Kerala). CPM workers were in the forefront in setting relief camps during Kerala floods. In several areas, the CPM’s kisan outfit and Kudumbashree hired vacant land from the owners and produced organic vegetables.

Green was the theme at the CPM’s state conference at Thrissur in 2016. No plastic was used at the venue for the pandal, gates or decorations. Paper and cloth replaced Flex for hoardings. The party’s two area committees provided organic food to the delegates which they began cultivating six months before. The ongoing generational changes in the CPM is part of this reorientation. Putting up younger candidates was first tried a year back in a few panchayat by-elections. This proved quite successful.

Then it was replicated in panchayat elections in December 2020, which the party swept by wresting 10 out of 14 district panchayats and 108 of 152 block panchayats. The CPM’s Arya Rajendran, a 21-year-old colleague student, became Thiruvananthapuram mayor.

Encouraged by the public acceptance of its young blood experiment, the CPM secretariat and state committee in March 2021 decided to deny nominations in the assembly election to those who were two-term MLAs. This helped the Left Democratic Front win a landslide majority.

How the decision was taken

Now let us take up the second aspect of Pinarayi’s cabinet. The proposal for having a fresh set of ministers in Pinarayi 2.0 first emerged among the four politburo members from the state, i.e, Pinarayi, former general secretary Kodiyeri Balakrishnan, S. Ramachandra Pillai and M.A. Baby. However, the secretariat meeting held that day decided to take up the issue only after fixing the deal with the LDF allies. Simultaneously, the politburo members conveyed their proposal to general secretary Sitaram Yechuri. We know the party’s central leaders were against dropping Shailaja.

Shailaja Teacher in a panel discussion of the United Nations on efforts against COVID-19. Photo: Twitter/@shailajateacher

On May 19, the issue was hotly debated at the secretariat meeting of which Shailaja is also a member. Some members felt that since Shailaja has a constituency within the public opinion, an exception ought to be made in her case. Kodiyeri argued that such an exemption will mean all others in the outgoing team were incompetent. He said the party could either go ahead with the proposal for a new team or opt for a mixed team.

After further debate, the proposal for the new team was unanimously endorsed by the secretariat. As per a Mathrubhumi report, the state committee met an hour later to discuss the secretariat’s decisions. After a prolonged debate, the state committee also gave its go ahead for the list of new ministers but with a few caveats. This included deputing senior party hands as PAs to the CM and the ministers for effective oversight.

In the course of the next two days, the CPM secretariat took a series of decisions to tighten its control over the ministers. The first was to appoint former MP K.K. Ragesh as the CM’s private secretary. This has been in view of the bad experience when IAS officer Shivsankar headed the CMO. It was also decided to depute senior party hands as PAs to other ministers.

The first two ‘political commissars’ will be state committee member K. Sajivan (health) and V.P.P. Musthafa (excise and local government). It was also decided that similar norms will guide the appointment of the heads of state boards and corporations.

The success of the CPM gambit has had its reverberations in other parties. In liaison with the CPM, the CPI also went in for new faces as ministers. The Congress has, after protracted discussions, also decided to replace the old guard by V.D. Sathisan as the new opposition leader. There is talk of the party evolving a new work culture in view of the competitive environment. Local reports suggest that its UDF partner, the Indian Union Muslim League, is also planning a shakeup of leadership to inject new blood. 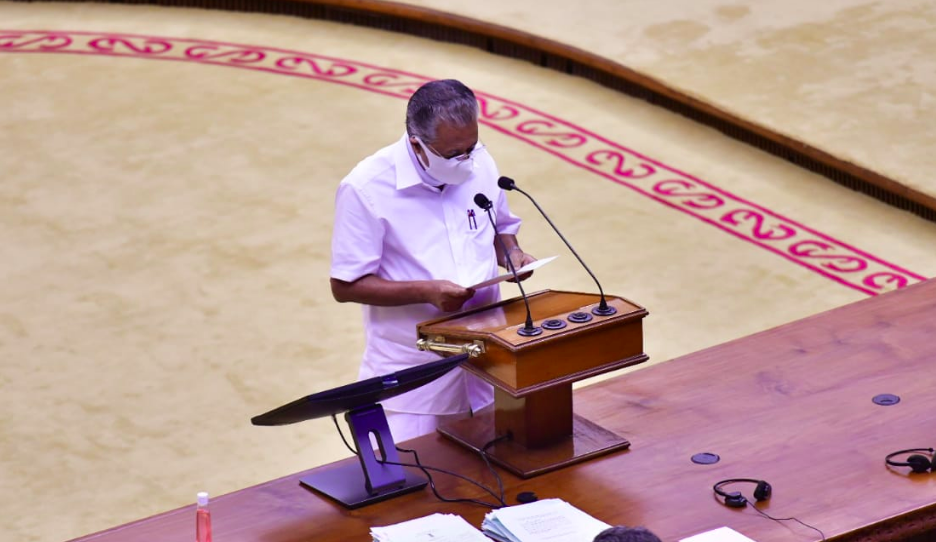 There is, of course, a final issue that need not be sidestepped – which is that of the chief minister’s own disturbingly domineering position in the party and government.

Why did the party exempt him from the one-term norm? One explanation could be that since the LDF went into the polls under his face and name and was looking to buck Kerala’s revolving door election cycle, it could not ignore the people’s mandate by denying a second term to Pinarayi. This explanation may have a ring of plausibility, but sooner or later the CPM will have to address the need for younger leaders at the apex level too.