Explainer: Why a Hawala Heist in Kerala Has the State BJP Under the Scanner

The party's district leaders were allegedly involved with those ferrying the money. 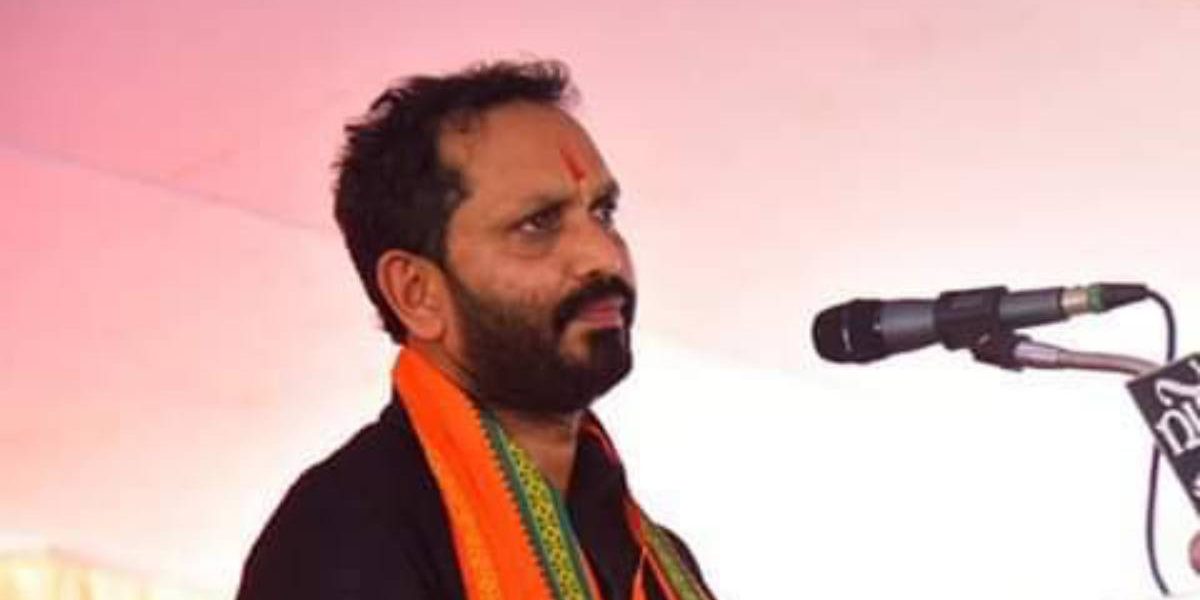 Thrissur (Kerala): A hawala heist (kuzhal-adi in the local police slang) is no news for the police and media in Kerala’s Thrissur and Palakkad districts. Although the ‘tube money’ (hawala money is referred as kuzhal panam in Malayalam) transactions are common in almost all districts, history suggests that most of these heists happen in the Kuthiran-Angamali stretch of National Highway 544 (erstwhile NH47), maybe for some logistical reasons.

The modus operandi of the gangs specialised in the act is to chase the vehicle that’s been tipped off to them, stage an accident and nick the money and scoot off – end of the story. As the money involved is completely off the books, usually no complaints are made, unless there are grievous injuries or loss of lives. It is not a secret that a bunch of bent coppers and law enforcement officers also are a part of this.

But the highway hawala heist of April 3, 2021, at Kodakara, Thrissur, not only caught the attention of the police and the media but also took a sharp political turn, catching the state Bharatiya Janata Party (BJP) leadership on the wrong foot. The story and screenplay were all the same as a gang waylaid a car and moving towards the south, carrying cash in Kodakara, and stole the money after staging a little ‘accident’. Unlike the usual drill, this time there was a complaint by the owner of the car – Shamjeer Shamsuddin – that a gang of nine robbed him Rs 25 lakh.

However, the BJP connection surfaced when the police questioned Dharmarajan, the person who handed over the money to the complainant, and found that there was Rs 3.5 crore in the car. It is learned that Dharmarajan told the police that the money was being moved from Karnataka to various districts in Kerala for election purposes. His telephone activities immediately after the heist also point fingers at some top leaders of the national party and a young man, K.S. Harikrishnan, the son of party state president K. Surendran.

The initial media reports did not mention the name of the political party involved, instead only casting doubt on ‘a national party’. The BJP links came out in the open when its leaders were summoned for questioning by the police. Subsequent inquiries have revealed that the party’s district leaders had arranged lodging for the crew that ferried the money in Thrissur on the night of April 2. The police also believe that the tip-off to the gang came from a section of the BJP district leadership, and they are working on that angle too.

Former finance minister and CPI(M) leader Thomas Isaac said on Twitter that this is “only the tip of the iceberg”.

The curious case of BJP hawala election money in Kerala! ₹10 cr. sent through carriers . Some leaders organize a heist of the same. Then file complaint to the police. Now, evidence of large-scale use & misappropriation of black money is coming out. Only the tip of the iceberg.

According to Kerala chief minister Pinarayi Vijayan, the police has charged the accused under Sections 412, 212 and 120(B) of the Indian Penal Code (IPC) and the investigation by the special crime branch team is underway. “The state police have recorded the statements of 96 witnesses. Twenty persons were arrested in connection with the case and were remanded to judicial custody. The police have also found Rs 1.12 crore; out of the original Rs 3.5 crore, 347 grams of gold was purchased using the stolen money,” the chief minister informed the assembly as he was answering an adjournment motion moved by the Congress-led opposition.

The opposition alleged that the ruling LDF seems to be all set to compromise the case with the BJP for a quid pro quo in the gold smuggling case, which has been probed by the central agencies.

“We doubt whether the police and the government are effectively probing the source and funding of the illicit money at the behest of the BJP leaders in Kerala. It should be noted that the central agencies have almost wound up the investigation of the gold smuggling case just before the elections,” said V.D. Satheesan, leader of the opposition.

The BJP, on the other hand, is maintaining that the CPI(M) is playing the politics of vendetta by defaming the party in Kerala. “The money of a businessman, Dharmarajan, who was deputed to distribute BJP’s poll campaign materials was robbed at Kodakara on April 3. He lodged a complaint. Instead of picking up the robbers and retrieving the money, the police are researching how the case can be linked to BJP as the person who lost the money is a BJP-RSS sympathiser,” he said.

The hawala heist episode has proved to be a major blow to the BJP leadership, especially to the faction led by state unit chief K. Surendran and Union minister V. Muraleedharan, which was already in disarray after drawing a naught in the assembly polls, where they expected at least a handful of seats. Adding to Surendran’s woes, two more complaints involving hawala money cropped up as the Janadhipathya Rashtriya Party (JRP) state treasurer Praseetha Azhikode alleged that Surendran had handed over Rs 10 lakh to tribal leader C.K. Janu who had been estranged from the NDA after the 2014 general elections. According to a purported leaked telephone conversation between Surendran and Praseeda, Janu had demanded Rs 10 crore but settled for 1% of the amount. Janu contested from Sulthan Battery constituency and finished a distant third after the UDF and LDF candidates.

Another candidate, K. Sundara – an almost namesake of Surendran – who withdrew his nomination in Manjeswara where Surendran contested, confessed that he had been Rs INR 2 lakh and a smart phone as bribe. A case has been registered against Surendran at the Badiyadukka police station of Kasargod district on the complaint of the CPI(M) candidate V.V. Rameshan.

“If these allegations have any truth to them,, it’s nothing but sedition,” opined P.P. Mukundan, former state president and RSS leader. The national leadership of the party should conduct an independent inquiry, he said in a television news show. Another former president of the Kerala BJP, C.K. Padmanabhan, also took a jibe at Surendran when he said, “It’s natural that those who consume salt will have to drink water” in a programme conducted on the World Environment Day. He went on to add that not only our environment, but our politics too has been polluted. Padmanabhan was the BJP candidate against chief minister Pinarayi Vijayan in Dharmadom but failed to make any impact.

The BJP and RSS top brass are learned to be unhappy with the developments and have stared inquiries of their own. It is learned that three former bureaucrats-turned-BJP leaders, E. Sreedharan, Jacob Thomas and C.V. Anandabose, have submitted a report on the recent political developments including the BJP’s election drubbing. These separate reports are believed having serious allegations against the current state leadership.

The BJP’s only defence, as of now, is claiming that the Kerala police which, is “vengefully trying to implicate their leaders” has no locus standi or jurisdiction to further this inquiry as it is primarily a case under the gambit of the Prevention of Money Laundering Act (PMLA), which is to be probed by the Enforcement Directorate only.

However, Pinarayi Vijayan made it clear that the police had already handed over details of the probe to the ED after the central investigation agency had asked. Vijayan, who was replying to an adjournment motion on the issue, said the ED sought the details on May 27 and the police submitted them on June 1.

Now the ball is entirely in the court of the central agency, which is already under a shadow of doubt after its proactive interventions in the gold smuggling case, in which the ruling LDF leaders were accused.

But as the cases registered with regard to the money heist and the ‘paying off’ of a candidate are very much in the gambit of the Kerala police, K. Surendran and the BJP leadership are unlikely to be feeling completely safe just yet.