Rookies, the Centre and the Role of 'Insurgency': What AAP in Punjab Can Learn From Assam's AGP Govt

First-time legislators of the AAP government in Punjab would do well to look at Assam of the 1980s, considering what was Congress then is BJP now.

New Delhi: Recently, Aam Aadmi Party leader Arvind Kejriwal asked MLAs of his party who have been newly elected in Punjab to “perform or perish.”

The Delhi chief minister also added a second component to evaluating the right of his party’s Punjab legislators to remain in the first AAP government in the state – not indulging in corruption.

The news made catchy headlines and reminded me of a lively chapter of the political history of my home state of Assam.

In the 1980s, many in Assam also watched Punjab very closely as it hosted a parallel revolt of sorts against the Indira Gandhi government. This revolt hinged on sub-nationalism. It was also not devoid of the component of insurgency – born of long-held disgruntlement against successive Union governments.

In Assam and Punjab, insurgencies were brutally crushed. Their shadow lingers on in contemporary Assamese and Punjabi societies.

No sooner did the Rajiv Gandhi government sign the Punjab Accord with Sant Longowal in July 1985, there was subdued euphoria among Assamese who held strong jatiotabadi (sub-nationalist). They thought that the Union government would bend for them too.

I remember conversations among supporters of the anti-foreigner agitation then about how the Punjab Accord will have surely paved the way for an Assam Accord. 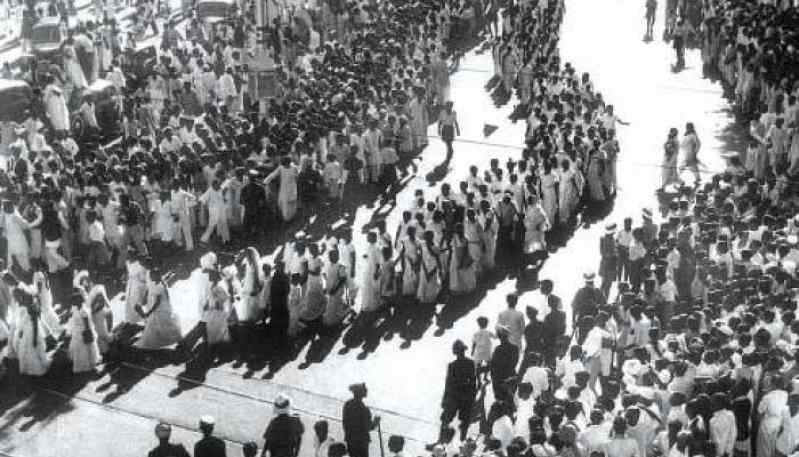 Those expectations were not off the mark. Barely a few weeks after the Rajiv-Longowal pact came to be, the Assam Accord was signed between the All Assam Students Union (AASU), some other sub-nationalist entities and the Union government, clearing decks for the formation of a new regional party, the Asom Gana Parishad. The AGP would go on to win most of the seats in the assembly polls later that year.

Similar to Punjab of 2022 getting a first-time legislator as a chief minister in Bhagwant Mann, in Assam of 1985 too, the first AGP government had in the top post a first time MLA – Prafulla Kumar Mahanta. Mahanta’s record as the country’s youngest chief minister, at 33, has remained unbroken till date.

These similarities between Punjab of 2022 and Assam of the 1980s are interesting and not just because factional fights within the Congress led to the creation of space for the new entrants. Assam also helps analyse a shift in Punjabi society in the last few decades, as a result of which all old power centres, like Congress or the Akalis, have faced a rejection.

For Kejriwal, the captain of his party’s ship, to get a glimpse of what indeed is likely to happen if the two markers of good governance – performance and keeping the books clean – are not made a priority, he only need look at the 1985 AGP government. 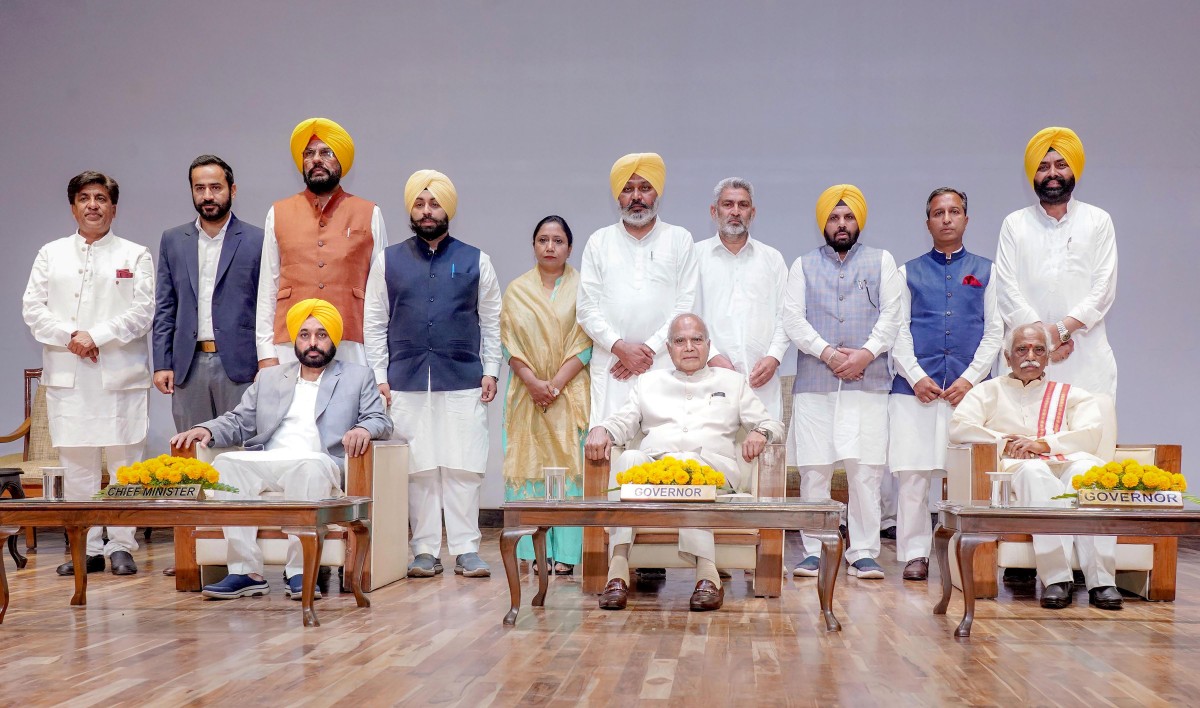 The fall of the AGP government of 1985 was primarily because it failed on both these counts. Add to it party squabbles over ministers’ posts, and the downward spiral was written in the cards. The government fell even before its full term.

In his speech on March 21, Kejriwal did cover this essential vulnerability too. “I am told that some MLAs who could not become ministers are upset. We have got 92 seats. Only 17 will become ministers. It is not that those MLAs who could not become ministers are less competent. The people of Punjab have elected diamonds. You all are diamonds. You all are capable, but all 92 of us will have to work hard as a team. If we will not work like a team, but keep aspirations and greed at the forefront, Punjab will lose. It is important for Punjab that we all work as a team,” he said.

In the first AGP government, internal spats led to the formation of camps. Thus from a chink in the armour, infighting became the primary cause behind the party’s inability to deliver good governance.

Constant fights between Mahanta and his second-in-command Bhrigu Kumar Phukan, then the state home minister, ultimately caused a split in the party in March 1991.

Mahanta had told me in 2018 that the split was “engineered” by the Congress through a former Union minister in the V.P. Singh government, Dinesh Goswami, who had formed a covert axis with Phukan and then Assam education minister and senior AGP leader, Brindaman Goswami, to topple him.

According to a top party insider, that axis had continued and funds were routed by the Congress through Goswami (then from the AGP) to split the party and bring Congress back to power in Assam in the 1991 assembly polls.

Even before, there had been steady speculation that central leaders of the Congress had added flamed the budding insurgency in the Bodo-dominated areas of western Assam to weaken the Mahanta government. Mahanta had told me that the role played by “a top IPS officer” from the Bodo areas, “assigned the job of imparting actual training to the first batch of the Bodo Liberation Tigers insurgents” as “a part of R&AW operations”.

What must be also taken into account is the Mahanta government’s inability to ensure policies that made the tribes of the state feel included in wider Assamese society and governance in general, particularly in terms of imposition of the Assamese language among those whose first language is different. In turn, the Mahanta government fell right into the trap set up by the Rajiv Gandhi government.

While the player in Assam between 1985 and 1989 might have been Congress, powerful after winning – for the first time ever – 400-plus seats in parliament, a likely actor now is an all-powerful Bharatiya Janata Party at the Centre, with an equally invincible public image and strength of numbers in parliament. 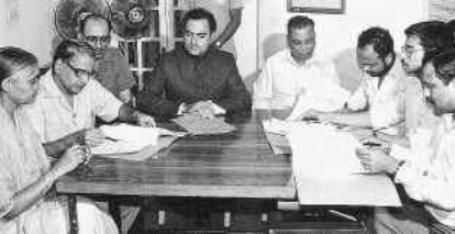 Prafulla Kumar Mahanta and Bhrigu Kumar Phukan are seen in this photo of the Assam Accord signing. Photo: www.inc.in

BJP has retained power in four of the five states that went to the polls recently. It is no rocket science to deduce that all efforts may be on to weaken the first AAP government. The constant power struggle in Delhi is testament to the fact that an AAP-led Punjab and the Modi-led Centre will be locked in a power tussle.

Ultimately, what led to the collapse of the first AGP government in Assam eight months before it could finish its five-year tenure was the allegation fuelled by the Centre that the Mahanta government and particularly home minister Phukan supported the separatist theory of the United Liberation Front of Asom (ULFA)-backed insurgency in the northeastern state.

The general contention in Assam has been that the newly-formed and shaky Chandra Shekhar government at the Centre was brought under pressure by the Congress – then supporting it from outside – to pull the plug on the Mahanta government citing rise in insurgency in the border state, and thereby impose President’s Rule alongside rolling out an Army operation to douse it. 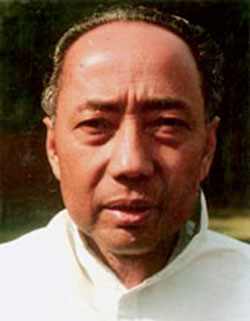 Some top IPS officials then serving in Assam were surprised at the sudden end of that plan, named Operation Bajrang, and the announcement of the 1991 assembly elections by the Election Commission of India.

This assembly election brought the Hiteswar Saikia-led Congress government back to power in Assam.

In the run-up to the 2022 assembly polls in Punjab, the narrative that was pushed by the BJP, and naturally also the Modi government, against the farmers’ movement hugely backed by Punjabis was that it was a separatist one, egged on by Khalistanis.

This fact is of importance to the first AAP government. A narrative enthusiastically encouraged by the ruling party in New Delhi has enough potential to be weaponised against a rookie government.

Punjab is a border state like Assam where central agencies play a much larger role than what often meets the eye.

Kejriwal’s message to AAP MLAs of Punjab to “perform or perish” and not indulge in corruption and factional fights over plum posts can be the antidote, if that party and its stakeholders are willing to learn a lesson from the first AGP government of Assam.

The Achilles’ heel of the first AGP government was its lack of vision to deliver good governance through state-based schemes and go beyond fulfilling the clauses of the Assam Accord which anyway could not be achieved without the cooperation of the Union home ministry.

That government failed generate funds within the state itself but remained dependent on an unfriendly Centre for funds. There was also a lack of political astuteness among first-time AGP MLAs and ministers, who perhaps failed to fathom that their competitors were not within the party but in a powerful national party like the Congress.

First-time legislators of the AAP government in Punjab would have to learn from the mistakes seen in Assam then, considering what was Congress then is BJP now. If voters reject the party at the Centre in a state then the path to the next election starts with denial of funds, expanding into defections and a final grab for power with a friendly governor.

Bhagwant Mann has begun by doing what most new chief ministers do – meet the Prime Minister and demand a financial package to run the state. Mann did it this week during a meeting with Narendra Modi in New Delhi. But he and his government will have to go beyond it, and soon. They will have to keep pages of history from the first AGP government in Assam closer to their chest than they may think it necessary.