Kalvakuntla Kavitha’s brother is already the party’s No. 2 and her cousin has mass support. 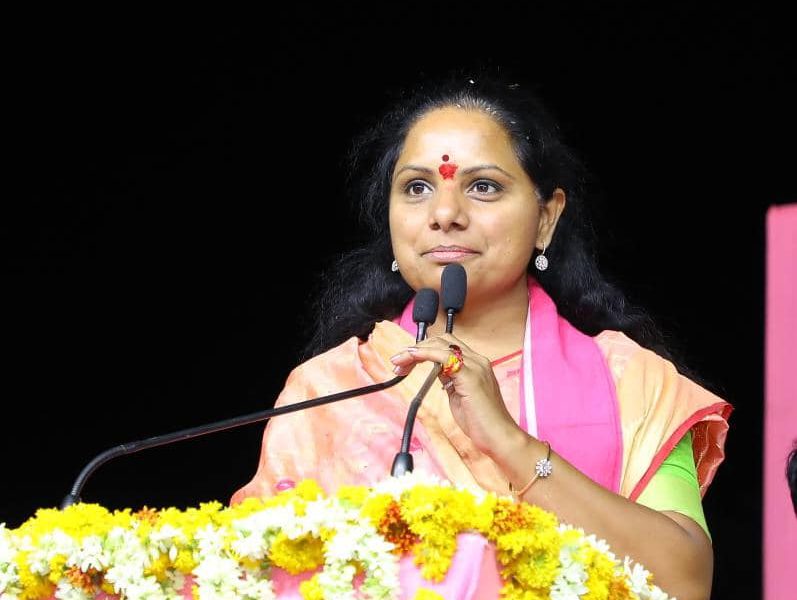 Hyderabad: If Kalvakuntla Kavitha, daughter of Telangana chief minister K. Chandrasekhar Rao, wins the council by-elections that will be held when the lockdown is eased, she will add a fresh dimension to the succession politics within the KCR family.

The Telangana Rashtra Samithi (TRS) chief had cleared Kavitha’s nomination for the council by-election scheduled for April 7 to the state legislative council under the Nizamabad Local Authorities’ Constituency (LAC) before the lockdown. It appears that he is keen to have his daughter practice her politics within the state because he selected Congress party defector K.R. Suresh Reddy from his party for a seat in the Rajya Sabha.

The council by-election is a sure victory for the TRS nominee, given the number of seats the party had won in the local bodies’ elections. The TRS together with its ally, the All India Majlis-e-Ittehadul Muslimeen, has more than 500 seats out of a possible 830 in the constituency. Members of the Mandal Parishad Territorial Constituency (MPTC), the Zilla Parishad Territorial Constituency (ZPTC), councillors in towns and corporators in cities are electors in the LAC.

Three MLCs, Bhoopathi Reddy representing the Nizamabad LAC, Yadav Reddy (under the MLA quota) and Ramulu Naik (under the governor quota), had defected from the TRS to the Congress before the state elections in 2018. Since they did not give up their memberships in the council, they were disqualified under the anti-defection law. Bhoopathi Reddy challenged his disqualification in the high court. In July 2019, the court upheld the action of the legislative council speaker, which made a by-election for the Nizamabad LAC necessary.

Kavitha had worked in Delhi as the first woman MP from the country’s youngest state from 2014-19. However, she failed to retain her Nizamabad Lok Sabha seat despite her father’s support. Since her defeat to BJP candidate Aravind Dharmapuri, the 42-year-old leader, known for her feistiness during the Telangana statehood movement, has been temporarily out of politics.

Immediately after the state elections in December, KCR created the position of ‘working president’ in the TRS and sought to place his tech-savvy son K.T. Rama Rao as the party’s No. 2. This made his position on leadership succession very clear. He was apparently in a hurry to do this for two reasons.

One, he sought to be either king or king-maker in national politics in anticipation of a hung parliament in the April-May 2019 national elections. Two, to keep the party leadership within the immediate family, he needed to block his nephew, T. Harish Rao, who is considered a popular and down-to-earth leader with strong roots in the statehood movement.

The TRS patriarch strove to float a Federal Front as a third alternative to the NDA and the Congress-led UPA by roping in regional satraps like Deve Gowda with his Janata Dal (Secular) party in Karnataka and M. Karunanidhi and his Dravida Munnetra Kazhagam in Tamil Nadu. However, when the NDA won a clear victory in the election, KCR’s Federal Front failed to come together.

With Kavitha’s entry into the state legislature, political analyst Yedama Sammi Reddy foresees a succession war within the KCR family. Kavitha will expect a post in her father’s cabinet and a valuable portfolio, just like her brother and her cousin. In 2018, KCR had also placed his sister-in-law’s son, Joginapally Santosh Kumar, in the Rajya Sabha.

Kavitha needs a key role in the state government to keep her Nizamabad constituency together. She had built a strong army of followers under the Telangana Jagruti, a non-profit cultural outfit that helped her win the Nizamabad Lok Sabha seat in 2014. When she lost her seat in 2019, her followers scattered and the TRS accused the Congress and the BJP of having come together despite their conflicting ideologies to defeat Kavitha.

Because of this, Kavitha is going all out to win the council election. She has drawn sharp criticism from several quarters for running a camp with her supporters in violation of the lockdown guidelines. The TRS is also alleged to have encouraged defections from the BJP and the Congress in the Nizamabad LAC, regardless of the fact that its numbers there are more than enough for Kavitha’s victory.

When Kavitha stood for election in the 2019 national polls, Chandrasekhar Rao had pulled into the TRS former minister Mandava Venkateswara Rao from the TDP and former assembly speaker in united Andhra Pradesh K.R. Suresh Reddy of the Congress, both of whom have followings of considerable size in Nizamabad. Despite that, Kavitha lost the election.

Political commentator Raka Sudhakar says that given her “backdoor” entry, Kavitha is unlikely to have much say in the KCR family’s succession politics. As an MP, she had caused a rift within the TRS when she sought to have D. Srinivas, her fellow party member and Rajya Sabha MP, sacked, thus angering his Munnuru Kapu community. This act led to the emergence of Srinivas’s son Aravind as her BJP rival for the Nizamabad seat, which she lost.