After Kathua, BJP Is Deploying Both Silence and Noise as Part of a Strategy

Modi has a way with words but chooses not to speak when it is politically inconvenient to do so. Silence is more eloquent than words. Or so the Scottish philosopher Thomas Carlyle believed. Prime Minister Narendra Modi’s continued silence on the recent rape and murder of an eight-year-old girl in Kathua carries with it a strong validation of Carlyle’s words. The chilling media reports of an elaborately hatched plot of violence, brutally targeting a mere child just to push the Muslim Bakherwal community out of the region, does not seem to have moved the prime minister to condemn the criminals, let alone to commiserate with the grieving and frightened family.

It’s not as if the prime minister has not been able to find the time. He has been active on social media during this period when the horrific incident grabbed media headlines. Modi was busy tweeting congratulations to scientists on the successful launch of a navigation satellite, sharing a video on a yoga posture, greeting Lok Sabha Speaker Sumitra Mahajan on her birthday, felicitating swachchagrahis in Motihari and so on. In other words, the prime minister appears to have tweeted about every other consequential and inconsequential event other than the horrifying and tragic Kathua incident. Neither has external affairs minister Sushma Swaraj – projected as the “compassionate” face in the cabinet – condemned the incident or condoled with the family.

However, as outrage spiralled in the state, Swaraj’s junior ministerial colleague, General V.K. Singh (retired) finally said on Thursday that the country has failed the eight-year-old girl, adding that she will not be denied justice.

The prime minister, however, continues to maintain silence even after the crime branch of the Jammu and Kashmir police – where his party is in power – filed an 18-page chargesheet documenting the sexual crime and murder. The seven accused in the case include 60-year-old Sanji Ram, special police officers Deepak Khajuria and Surender Verma, sub-inspector Anand Dutta, head constable Tilak Raj, civilian Parvesh Kumar and Sanji’s minor son.

In sharp contrast to the silence emanating from the top echelons of the ruling party and government, cacophony is reigning below. Soon after the arrest of Khajuria, the right-wing Hindu Ekta Manch took out a protest march, demanding the release of the special police officer. One of the prominent faces in that march was that of the BJP state secretary. That the police arrested Khajuria after it found clinching evidence implicating him in the crime, did not deter the Manch from taking to the streets. Not just that, two BJP ministers in the state’s ruling coalition – Chander Prakash Ganga and Lal Singh – criticised the police for arresting “one or the other person at will“.

Given the present trend of indirect and direct encouragement, it is hardly surprising that the Jammu Bar Association on Wednesday held a protest, alleging that the crime branch probe was ‘targeting the Dogra community’ in the state. Chief minister Mehbooba Mufti has turned down a CBI probe into the crime.

Is this part of a well thought-out strategy to allow the grassroots cadre and state level leaders to run amok with their divisive agenda while the top rung keeps silent?

If the ruling BJP at the centre – through its silence – is refusing to take a stand against the criminals, the party’s lower level karyakartas, leaders as well as organisations espousing Hindutva, are loudly proclaiming their defence of the accused. Though contradictory to each other, both the silence and the noise – part of the same political and ideological trajectory –  are feeding into each other; promoting the same culture of impunity for law-breakers who target Muslims and other marginalised sections.

The BJP high command, which never misses out on a single opportunity to preach homilies of non-violence, has not pulled up its functionaries for defending the criminals. Political implications of the sordid development aside, the ruling party’s cold indifference to the victim and her family is both sinister and disturbing. 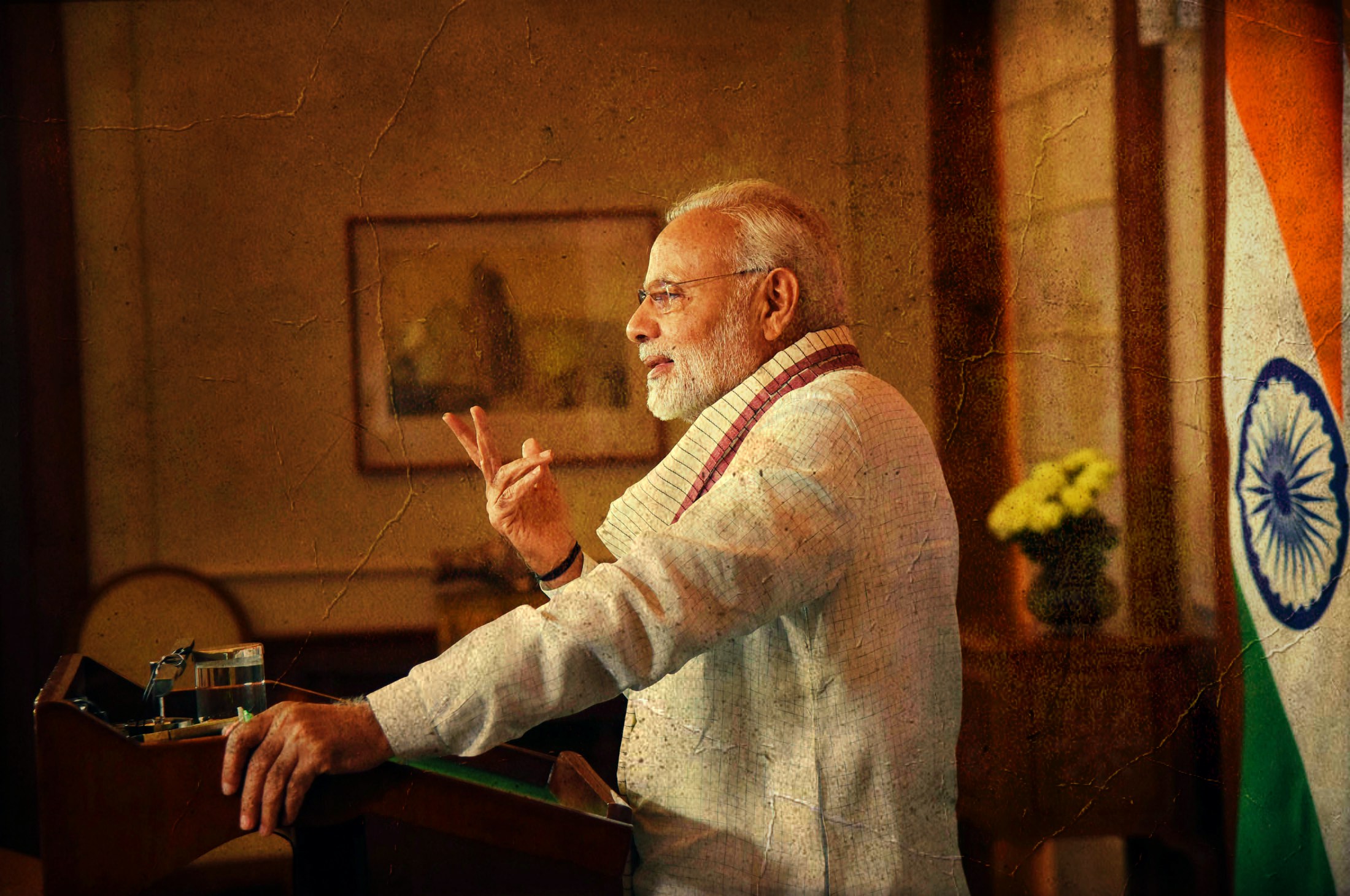 The usually voluble prime minister’s disturbingly frequent refuges in silence became evident early on when he came to power in 2014. Even after more than four years in office, Modi today remains reluctant to condemn communal or gender related violence, especially when the victims are Muslims. Perhaps the only time he broke his silence and condemned an incident of sectarian violence was when the victims were Dalits and the crime occurred in his home state of Gujarat. Facing flak from all quarters for the Una violence – and the prospect of Dalit anger in different states – Modi finally spoke up. One cannot but recall that this is the very same BJP which used to call the then Congress prime minister Manmohan Singh – ‘Maun Mohan’ – for his protracted silences. But Singh unlike Modi, was not a voluble politician. He did not have Modi’s gift of gab. Nor was he immersed in the world of social media.

Silence is natural to Singh’s personality, just like speech and words and tweets are to Modi. The present prime minister likes to speak in abstract generalisations and coin catchy slogans like Beti Bachao Beti Padhao. But he retreats into silence when betis are subjected to violence, even killed. He never tires of talking about his pet project Swachch Bharat. But he doesn’t speak about the caste oppression of manual scavengers or sanitation workers.

Even when deriding Muslims has become an everyday affair, Modi rarely pulls up his offending colleagues. Virtually every day, some BJP legislator or another makes offensive remarks about minorities. In the latest of such comments – described as his “personal opinion” –  Banwari Lal Singhal, BJP MLA from Alwar, described Muslims as criminals and urged Hindu families to deny them entry in their houses. “The Meo community being involved in almost every criminal activity that happens in Alwar shall not be allowed in Hindu households and are not required to vote for the Bharatiya Janata Party even if they wish to do so,” he declared.

Modi has a way with words but chooses not to speak when it is politically inconvenient to do so. At times of national tragedy – and who can deny the rape and murder of an eight-year-old girl by individuals connected to the police is both a tragedy and a disgrace – people expect their leaders to speak out in the name of the nation. Why is Modi reluctant to speak? What awful political calculus is dictating his silence?