No Boycott Call This Time, But Some Pulwama Areas Stay Away From J&K DDC Polls

Tral, in the middle of lofty hills and dense woods, is a militant hotspot in the district. 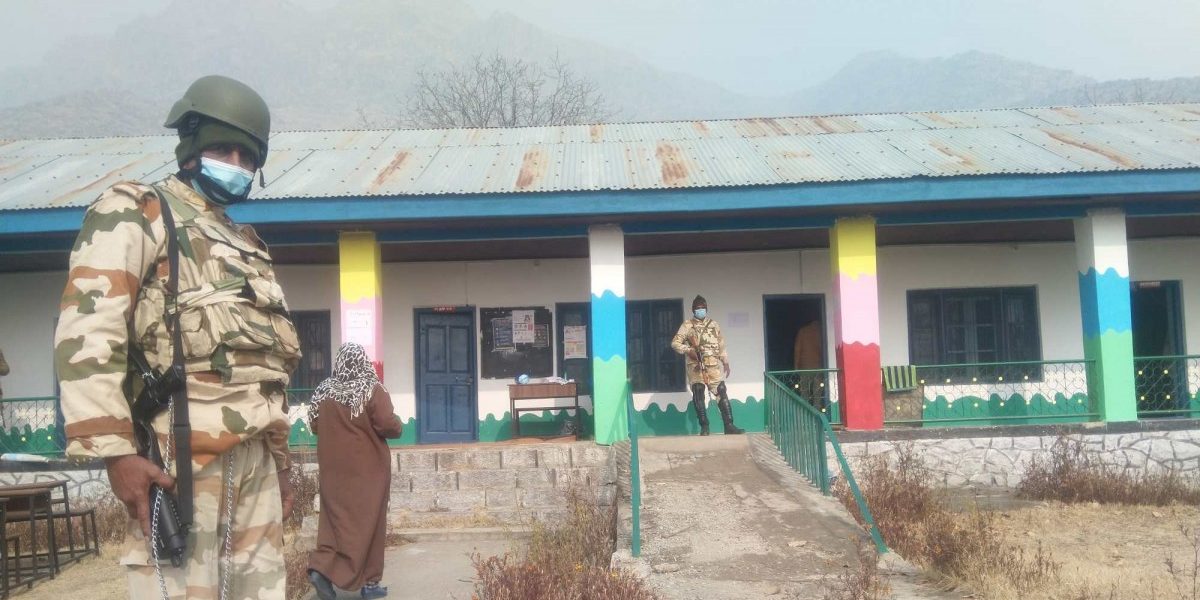 Tral (Pulwama, Jammu and Kashmir): Five kilometres away from Tral town is Chaterpora village. It is one of the few villages in Pulwama district that saw good voter participation in the second phase of the ongoing District Development Council elections. However, shutters of all commercial establishments in Tral town remained lowered throughout the day on Tuesday (December 1).

Interestingly, for the first time since the 1990s, there is no election boycott call issued by the separatist camp. Usually, on election days, a shutdown and boycott call has an impact on the voter turnout. But this time, people from Tral town and its adjacent areas chose to stay at home even when there was no such call.

Over 48% voting was recorded across Jammu and Kashmir amid huge deployment of security forces around polling booths and surrounding areas.

Tral, in the middle of lofty hills and dense woods, is a militant hotspot in the district. Burhan Wani, the Hizbul Mujahideen commander gunned down in 2016, was from this area. Wani had found much support from his area, and after his killing in the summer of 2016, Kashmir witnessed an uprising and the death of 120 civilians in police and security force firings.

Midoora, another village in the Tral area, also observed a complete shutdown. The village has a total of 1,100 voters, and the polling booth was situated in a government middle school on a hill. An hour before polling ended, only 33 votes had been.

Midoora is one of the restive villages in Tral. The village has a ‘martyr’s graveyard’, well decorated, that has almost a dozen militants buried in it. Most of them were active in the recent past.

Not even an ambulance

Back in Chaterpora, a village with more than 90% Sikh population, the polling booth in a government middle school, located at the entrance of the village, is filled with voters. The school itself was in a poor condition, with broken windows and cracked walls.

Notably, the Tral area has a relatively higher percentage of Sikhs, and Sikhs and Muslims live in harmony in the region. In the second phase of the DDC polls, voting was scheduled in the areas dominated by Sikhs.

Standing outside the polling booth, a local expressed that for years, the area has been neglected by the administration.

“We had many times asked for an ambulance to the village and its adjacent areas but there was no response to our pleas,” he said.

Singh’s village is a hilly area and witnesses heavy snowfall. He recalled the last harsh winter of Kashmir and said that a pregnant lady was taken to the nearby village on a stretcher, due to no ambulance in the village.

“In any emergency, we need to either hire a local sumo or seek help from a neighbour. In today’s world we are very backward in every aspect,” he added.

Most of the villagers talked about multiple issues they face on a daily basis. “Voting is our basic right, we don’t want to waste it, but we are practising it with a hope that our issues will be addressed. So far, every time, things remain the same,” said Manjeet Kour. 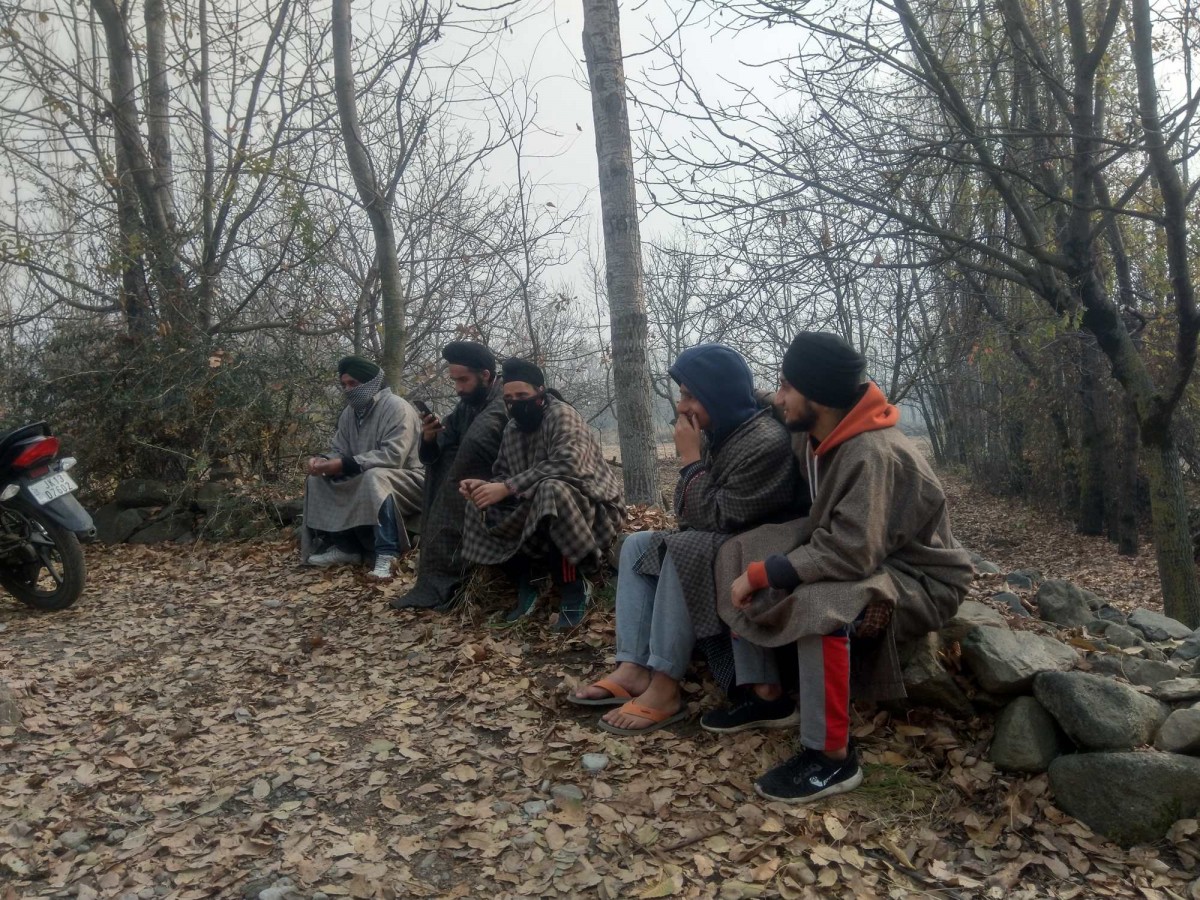 Voters outside the polling booth in Chaterpora. Photo: Kaiser Andrabi

On the west side of Tral, Huffu Nageenpore village, some four km away from the main town, has around 400 households. From the village, two young men had joined militant ranks in the recent past and one is still active.

There was an eerie silence in the village. Very few people were outside their homes, but the dry hills surrounding the village were dotted with security force personnel. The uphill path leading to the polling booth was deserted. It was a difficult climb, particularly for the elderly.

A local, wishing anonymity, said in a disappointed tone that development is their least concern. “We want safety,” he said. “When you witness cordons, searches, questioning on a daily basis, it creates a fear and threat to life. What else can one think of, then?”

There is also a fear of speaking to the media, he said, as the army may target those who do. Taking a brief pause, he said in a low voice, “These (political promises) are all lies, nothing is going to change here.”

However, Naureet Kour, a first-time voter from the village, still has has hope. She believes that the government should think about the local population’s future and provide adequate facilities. “I vote with a hope that the contestant will listen to our issues and address them. I hope we will not suffer more, as we have already suffered a lot,” she said.

Also read: J&K: Are ‘Security Restrictions’ Being Used to Give BJP DDC Candidates an Upper Hand?

Kour, a graduate, said that Article 370 was read down with the claim that it will bring peace and development. But that hasn’t happened. “After the revocation of Article 370, so far we are only losing things, like internet access. Nothing has been gained,” she said.

DDCs will have to deal with three Fs – funds, functions and functionaries – and the decision-making body will be the elected representatives only, he said.