“Everyone knows here that he is an executive member of Hurriyat (G) and that he would sometimes address people... Is that a crime?" 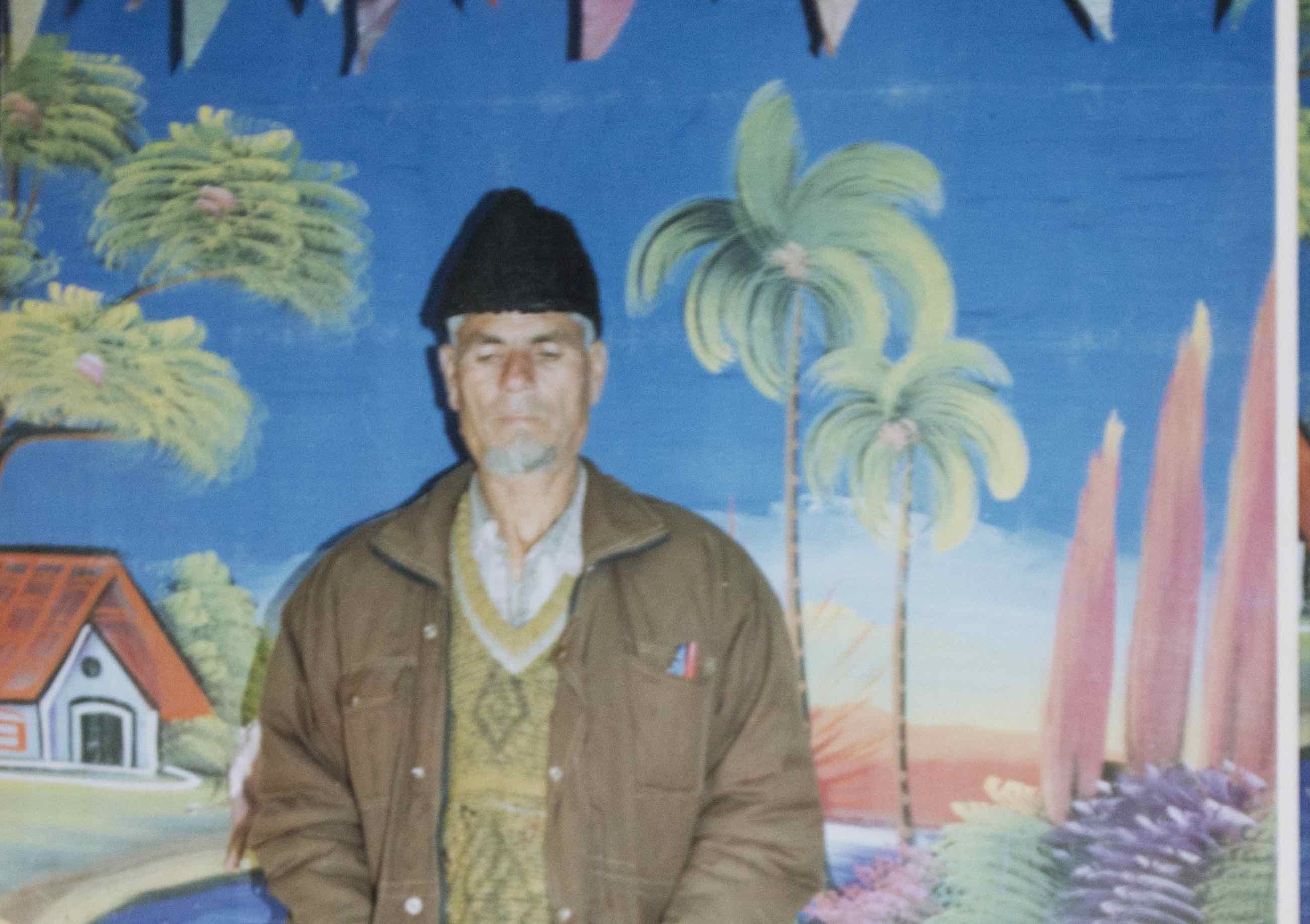 Srinagar: On festive occasions, we celebrate with our families. For a day, we may even forget that not everyone’s celebrations are the same. For some, their loved ones are not around. They’re either in their graves or continue to languish in jails, far from their families. Without them, festivals become a day of remembrance – a reminder of loss, separation and grief.

Think of an old man who has been imprisoned under the Public Safety Act (PSA) for more than a year now. Think of his family. Think of the days and months he spends alone in his small cell.

That is the reality for Ali Muhammad Dar, an 80 year old from North Kashmir’s Hajin town. He is older than my father. Arrested last year in September, he was subsequently booked under the PSA and shifted to Jammu’s Kot Bhalwal jail. What is his crime, to deserve such harsh detention under the PSA? He’s an old Hurriyat activist who would address people, and did so during last year’s summer uprising when people came out everywhere to protest against civilian killings.

This is how the police describes him, making a case for his continued detention in front of the court, under ‘grounds of detention’: “You have developed close contacts with separatist leaders of Hurriyat (G) and are an executive member of said group. You have exploited the religious feeling among Public to Keep brute force against nationality, indulging/motivating and provoking youth of the area to take part in nefarious activities. You have also taken part in speeches as APHC activist against Govt. Of India. You have a criminal bent of mind having deep roots in secessionist elements network who are working against the sovereignty of India, besides challenging the accession of J&K with union of India at behest of APHC.”

“If 1,700 detention orders have been quashed by the high court, it tells us that the law is being used in a reckless manner – the grounds of detention are vague, the material on which the detaining authority relies is not provided to the detenue and other procedural and constitutional safeguards are violated,” former high court Justice Hasnain Masoodi was quoted as having said in the report.

A few months ago, I happened to meet Ali’s son, Showkat Ahmed Dar, at their modest home in Hajin. Showkat was released earlier this year in March, after being imprisoned for seven months and 13 days. He was mostly confined to his home, fearing another arrest if he ventured out. He told me he was arrested before his father, and they were then together shifted to Jammu’s Kot Bhalwal jail. Over a period of three months last year, in October, November and December, he recalled, there were 783 Kashmiris, including hundreds of youth, who were imprisoned in Kot Bhalwal jail.

Showkat said that one of the FIRs brought against him by the police alleged that he instigated people to “burn the Indian flag” during last year’s uprising in Hajin. Did you, I asked him. “If anyone from this town testifies that I burned some flag, I’m ready to go back to prison for another 50 years,” he shot back angrily. “Ye haz che apuz. It is a lie.”

One day in September last year, his old father left his home as usual to offer prayers in a local mosque. When he came out after completing his prayers, police personnel were waiting to arrest him.

Before him, his son Showkat had already been arrested and kept in prison for ten days. Now Ali was also brought to the same prison by the police. After five days, they were told that they’ll be shifted to a jail in Kupwara district. Instead, without informing them, they were driven in a police jeep and taken to Jammu’s Kot Bhalwal jail.

“My 80-year-old father was pushed into a police jeep with me,” said Showkat. “And we were made to travel continuously for three days and nights before finally reaching the jail in Jammu.” 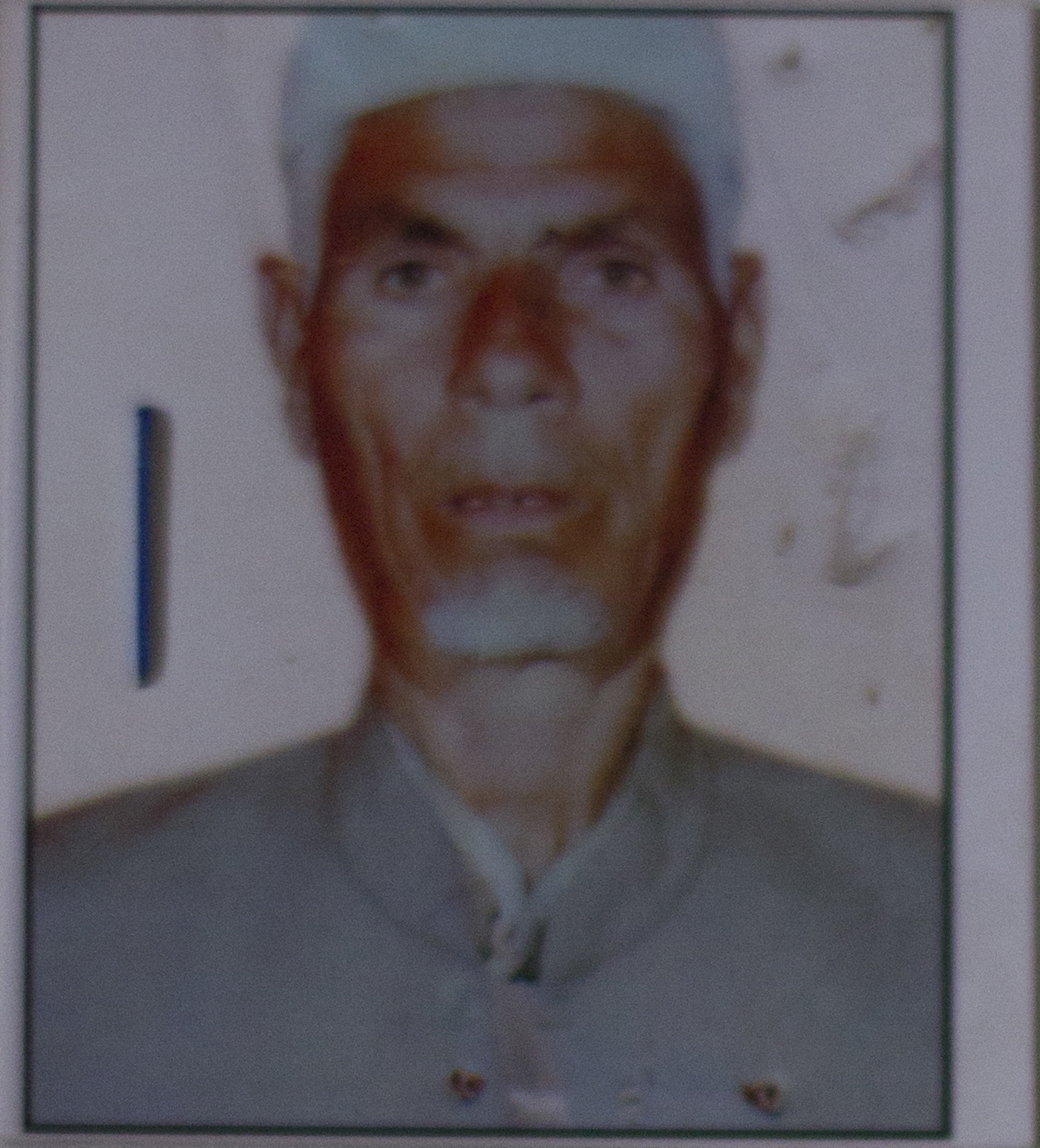 Showkat said for those three days of continuous travel, with some halts at different places on the way, they were not given much to eat. “My father vomited due to this sudden and tiring road travel at night in a police jeep,” he said. When they finally reached the Kot Bhalwal jail around midnight, he said they were locked up in a small cell. “We were given stale bread and we found four dead rats inside a drinking water pot there,” he said. “My father vomited again. It was painful to see him in that condition.”

More than his own discomfort, Showkat was upset to see his father suffer in front of him. And he couldn’t do much in custody to help Ali. His repeated pleas to release his old, ailing father fell on deaf ears. Earlier this year, in March, his father was released for a brief period of 26 days. “But he was again rearrested on March 14 this year and slapped with a third PSA since 2008,” said Showkat. Since then, he’s been in prison.

A retired headmaster of a local high school, Ali has been an activist with the socio-religious organisation Jamaat-e-Islami for the past several decades. He’s a respected figure here, said his son. In 2002, he joined Hurriyat. He’s also an imam, leading prayers in a local mosque for the past 25 years.

Showkat took me to his father’s room, half of which was filled with his books, heaps of older newspapers and volumes of Urdu and English literature. The desk near his study was occupied with a few books in Urdu he was reading at the time of his arrest last year. His favourite translated set of the Quran, which he’d brought after performing his last Hajj, was also lying on his desk. Showkat talked lovingly about his father and his books as if he was in another room, as if he would soon return to his desk. They’ve kept all his books in order, his desk clean, just as he would have liked.

Showkat said it’s common knowledge that his father is a political activist. “Everyone knows here that he is an executive member of Hurriyat (G) and that he would sometimes address people, rallies here, being a respected and elder person,” he said. “Is that a crime? Does that deserve such harsh and prolonged detention under the PSA, that too for an old man?”

From his cell in Kot Bhalwal jail, his father wrote a letter to his family some months ago. The temperature here has gone up to 47 degrees Celsius, he’d informed them in the letter. He’s also suffering from high blood pressure, said Showkat, apart from other thyroid and uric acid related ailments.

Showkat also holds a grudge against the Hurriyat leadership. “When I was imprisoned with my father for months together in Kot Bhalwal jail last year, no one from Hurriyat leadership came to show their solidarity with our family,” he said, wondering why they didn’t visit their residence. “My father is an executive member of Hurriyat (G). At least if they had visited home during that time, just to express their support, our family would have felt that they’re not alone. But they didn’t come, although many people from other areas did visit our family and extend their support when we were both detained in Kot Bhalwal jail.”

The police also accused Ali of abetting stone pelting. “Yes, my father is an executive member of Hurriyat (G),” said Showkat, contesting the police charges. “But he’s always believed in nonviolent struggle and he has not even pelted a single stone in all his life. How can an 80-year-old man engage in or encourage stone pelting then?”

In the absence of his father, Showkat has to take care of his family and his three young kids, who missed him terribly when he was in jail. To travel and meet his father in Kot Bhalwal jail, he says he has to arrange about Rs 10,000 every month, which is increasingly difficult for him to afford. “My father is getting weaker in prison,” he said, wanting the state authorities to at least shift him to a jail closer to home. “I don’t know how he’ll survive this harsh detention if he continues to remain in jail given his old age…”

“If you’ll see his condition in jail,” he told me after a brief pause, “you will weep”.