According to a report by the Indian Express, the court said, “It is manifest that so long as there is violence by unruly mobs, use of force is inevitable." 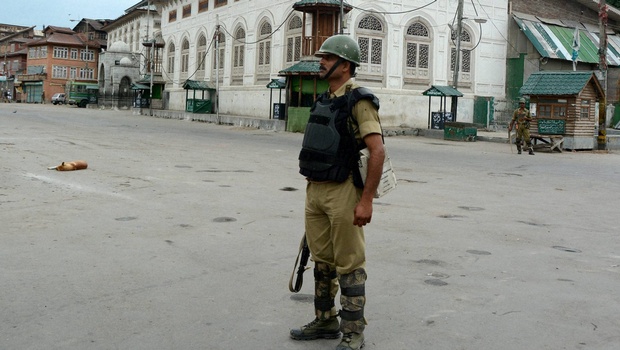 The Jammu and Kashmir high court declined to ban the use of pellet guns for crowd control on Wednesday, while news outlets reported that 300 new victims of pellet injuries had been admitted to SMHS hospital in Srinagar over the last 11 days.

According to a report by the Indian Express, the court said, “It is manifest that so long as there is violence by unruly mobs, use of force is inevitable.” The bench also added that it was not going to pursue the demand to prosecute officers for using pellet guns on the grounds that no investigative authority has found proof of officers using excessive force or violating Standard Operating Procedure (SOP) while using pellet guns.

There have been contradictory statements from the government and armed forces about following SOP while using pellet guns. According to the report, the court said it had “recorded” statements from the state’s advocate general and director general of police, assuring it that officers are following the SOP. However, the CRPF earlier released a statement saying it can be “difficult” to follow the SOP while dealing with situations on the ground. In yet another statement on using pellet guns, Jammu and Kashmir police stated to the court that it can be challenging to maintain the prescribed distance while using the guns in crowded situations.

To conclude, the court ordered health authorities to ensure adequate treatment for the injured.

The court’s order was closely followed by reports on the continuing admittance of pellet injury cases in SMHS. Over 300 patients have been admitted at the hospital over the last 11 days, half of them with injuries to their eyes.

A senior official from SMHS told Greater Kashmir, “Currently, if we go by the trend in the past 11 days, 28.5 people are being admitted to the hospital daily.”

Doctors at the hospital also reported an insignificant drop in the number of pellet-injury cases coming into the hospital, despite the official call for restraint in the use of pellet guns.

The report added that over the past 75 days of unrest in Kashmir, the hospital has seen more than 800 cases of pellet injuries to the eyes. The number of patients with injuries to parts of their body, other than eyes currently stands at over 1,350 people.

A day after a sessions court ordered the release of human rights activist Khurram Parvez from police custody, the Jammu and Kashmir police booked him under the Public Security Act (PSA) which allows the government to detain a person without trial for up to six months, the Indian Express reported.

Parvez was originally taken into police custody under preventative detention on September 15 because the Jammu and Kashmir police feared he may cause a “breach of peace”.

“We have been told that he has been booked under PSA and is being shifted to Kotbalwal jail,” Zahir-ud-din, a member of  the Jammu and Kashmir Coalition of Civil Society told Indian Express.

His family has written to the district commissioner requesting that Parvez not be shifted to Jammu on account of his disability (he lost a leg in a landmine blast in 2004) but have not received a response yet.

Curfew imposed in Anantnag and parts of Srinagar

Curfew remains in force in three police station areas in Srinagar, along with Anantnag district. Section 144 of the CrPC which restricts gatherings in public spaces also remains in force across the state, as police are anticipating a separatist sponsored strike.

The report concluded by saying 81 people, including two police officers have died in the unrest that broke out after Hizbul Mujahideen commander Burhan Wani’s death on July 8.

(With inputs from PTI and other sources)