In Shopian and Pulwama, Voters Prefer to Stay Indoors

Amid tight security, the twin districts recorded a voter turnout of just 2.38% for the third-phase of elections to the Anantnag constituency. Shopian (Kashmir): Deserted roads and empty polling booths marked the last of the three phases of parliamentary polls to the Anantnag constituency in Jammu and Kashmir’s Shopian and Pulwama districts on Monday.

According to poll officials, the twin districts witnessed a dismal turnout of just 2.38%. In Pulwama, the turnout was 2.14% and in Shopian, it was 2.85%.

In the volatile Harmain area of Shopian, a polling booth at the higher secondary school was totally empty. Inside, the polling staff was basking in the gentle sunshine, a scene repeated in almost every polling station during the day. Officials said of the district’s 245 polling stations, not a single vote was registered in 131.

The two districts went to polls amid heightened security arrangements. Additional deployment of 300 security companies, comprising 35,000 personnel, was made in the districts to conduct the elections smoothly.

Also Read: ‘An Encounter Before an Election Is Meant to Kill the Democratic Process’

On Monday, a majority of voters preferred to stay indoors. Despite sporadic incidents of stone-pelting reported, the security forces managed to keep the polling process largely peaceful.

Till noon, most polling booths recorded voter turnouts either in single digits or nobody had turned up to vote, including the polling agents.

In four booths of the Middle School Check Choland, among 1,308 votes, a single voter cast his vote. Similarly, in five booths of Higher Secondary School Hermain, no vote was cast until noon among the 3,070 registered voters.

Brisk voting in some areas

However, in contrast, the Chitragam area witnessed brisk turnout in the morning hours. Former MLA Aijaz Mir and former MLC Showkat Ganie belong to this area. In Shadab Karewa too, a significant turnout was witnessed.

In the Rajpora assembly segment and home area of former PDP leader Haseeb Drabu, the voting turnout was low until 1 pm. 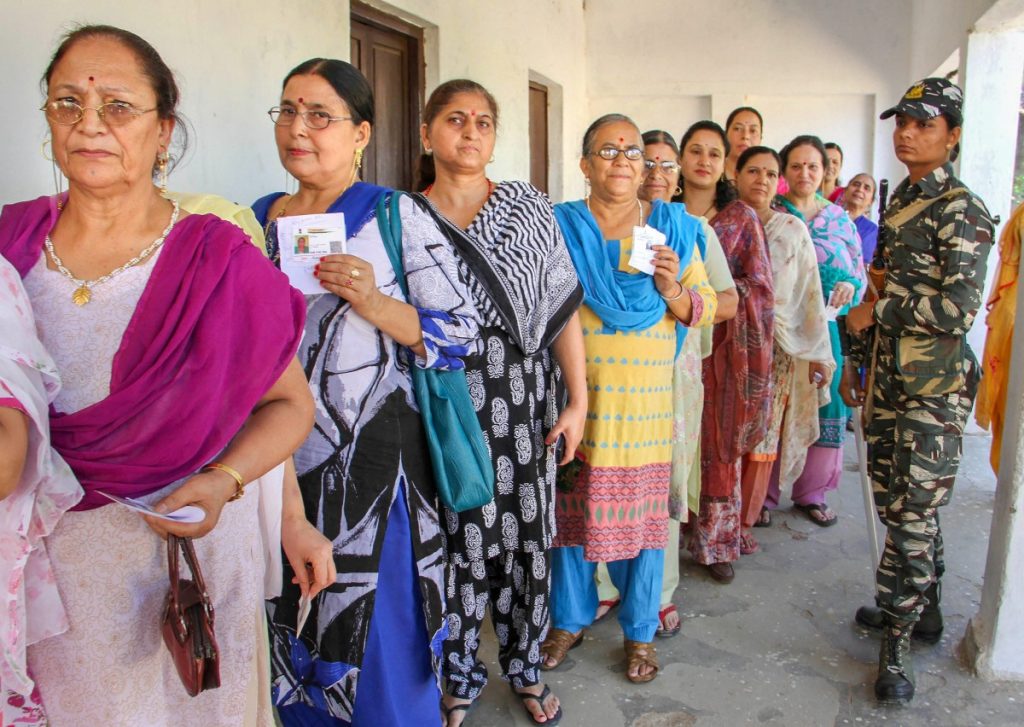 A 21-year-old voter at the Chitragam polling Station, wishing anonymity, said that he cast his vote for ‘change’. “The BJP-PDP coalition unleashed terror on people through pellets, bullets, mass arrests, civilian killings and property loss. Now, we want to choose a representative who will end our miseries,” he said.

Another young voter standing besides him said he cast his vote to choose a representative who will defend article 370 and 35-A in the parliament.

Raja Begum, an 85-year-old voter at Imamsahib polling station said her grandchildren forced her to vote.

The twin districts of Pulwama and Shopian are spread over six assembly segments – Tral, Pampore, Pulwama, Rajpora, Wachi and Shopian – and have a combined population of around 8.5 lakh, with a registered voter population of 5.2 lakh. About 695 polling stations were established across the districts.

Watch : Given the Circumstances in Kashmir, Even 10% Polling Is Big: Mehbooba Mufti

While some reports said that presiding officers in the area were ferried in a chopper from Police Lines in Shopian to Zainapora (Wachi Constituency), a sensitive area, it was denied by district authorities.

“We were told at Police Lines about the choppers, about twenty PO’s were ferried in one chopper, plus the forces,” said Mukhtar Ahmad, a presiding officer in one of Zainapora polling booth.

After two polling booths were torched earlier and posters from militant groups urged voters to boycott, an unspecified number of polling booths like Nagisharan, Rawalpora, Molu- Chitragam and Mohanpora were shifted to safe locations, closer to army camps.

In the run up to the election, searches and frisking at different checkpoints were intensified.

In some areas of the twin districts, posters with the Hizbul Mujahideen’s letterhead were put up, calling for a boycott of the election.

On April 29, 2019 a designated polling station, Keegam government higher secondary school in Shopian, was torched by unknown persons during the night, damaging the computer lab. In an adjoining area, another government middle school was reduced to rubble after being set on fire. 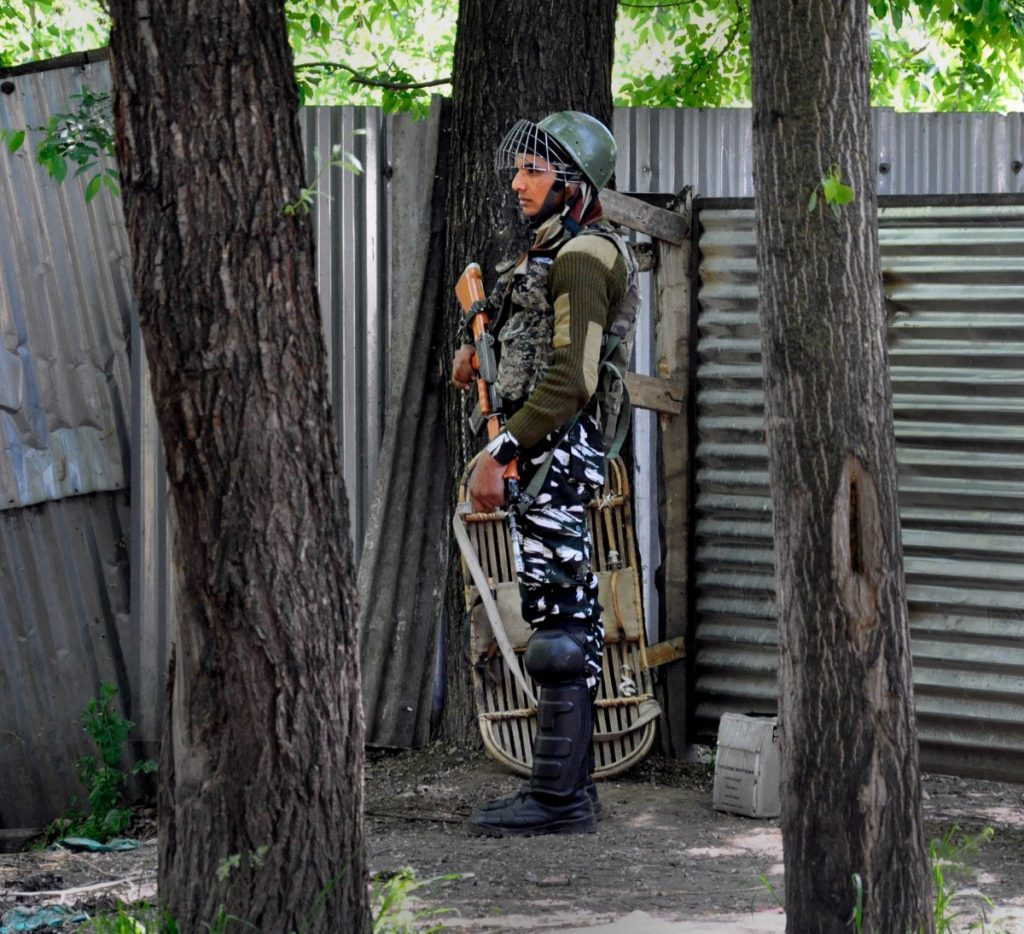 A security personnel on the fifth phase of general election in J&K. Credit: PTI

The killing of Hizbul commander Burhan Wani in 2016 has had the most impact on these twin districts. The organisation drew most of its cadre from the area under the two administrative units. Since the killing, civilians have been rushing to encounter sites, resulting in an increasing number of civilians being killed and an upsurge in protests.

Following the launch of “Operation All-Out” by the army in 2017, eight new security camps were established in Shopian. In an unprecedented move, cordon and search operations (CASO) were launched in seventeen villages. Night raids and arrests have become the norm.

During these elections too, night raids were conducted in different areas of the twin districts and an unspecified number of youth have been arrested.

So far, 17 militants, a female SPO and two civilians, including a girl were killed in Shopian district, while eight houses were razed down during encounters. In Pulwama, eight civilians were killed this year in different incidents.