Karnataka: Hindutva Activists Ask to Be Allowed to Pray at ASI-Maintained Mosque

The Narendra Modi Vichar Manch activists have claimed that the mosque, which was built during Tipu Sultan’s regime, had a Hanuman temple inside the premises. 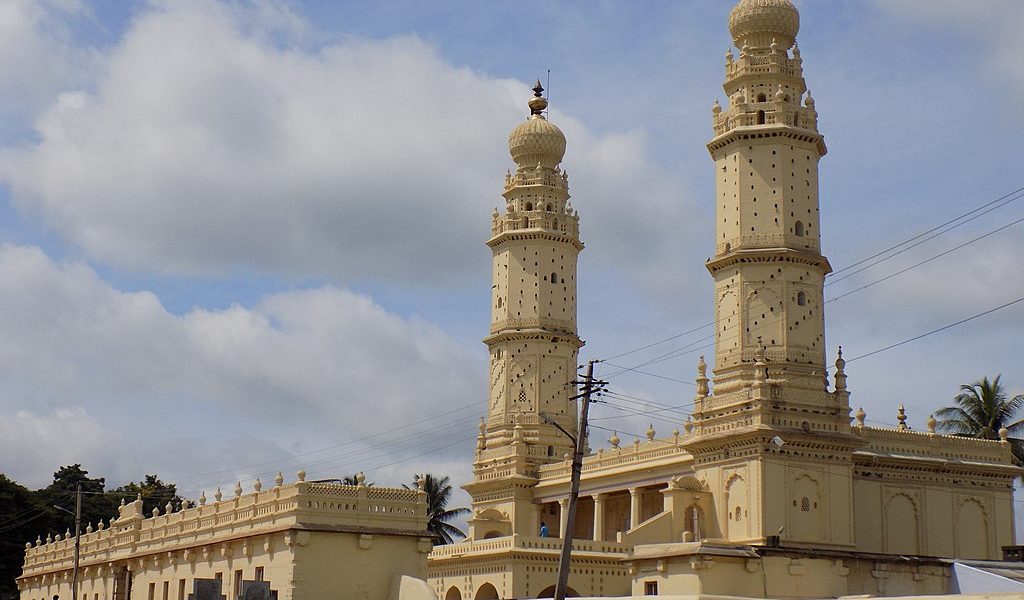 New Delhi: Hindutva activists in Karnataka have sought permission to allow Hindus to offer prayers at a mosque that goes back to the time of Tipu Sultan.

The mosque was built around 1782 and is a heritage site maintained by the Archaeological Survey of India.

The right-wing group Narendra Modi Vichar Manch has sought Mandya district administration’s permission to allow Hindus to pray inside the Jama Masjid in Srirangapatna, which was built during Tipu Sultan’s regime. The activists have claimed that a Hanuman temple once stood inside the mosque, the Indian Express reported.

#Tippu Masjid also referred as Jamia Masjid in #Srirangapattana was built on #Hanuman Temple. It should be handed over to #Hindus-Narendra Modi Vichar Manch has given memo 2 #Mandya DC about this. Masjid authorities have asked for protection. #Karnataka pic.twitter.com/GIpXTWViBL

C.T. Manjunath, secretary of the Manch, along with others, met the deputy commissioner of Mandya district on Saturday, May 14. They submitted a memorandum to allow Hindus to offer puja inside the Jamia Masjid, also known as Masjid-i-Ala, located 120 kilometre from Bengaluru.

The news outlet quoted Manjunath as saying, “The documentary evidence of Tipu writing to a ruler in Persia admitting that there was Hanuman temple and the mosque where Hindu inscriptions on its pillar and walls support our stand. We requested them to open the mosque’s doors to offer prayers.”

Another person, Rishi Kumar Swami of Kali mutt, has claimed that the masjid was constructed by Tipu Sultan after the Hanuman temple was demolished in 1784. Swami was arrested back in January for threatening to demolish the mosque. He is currently out on bail now.

According to the Hindustan Gazette, he had claimed in January, “This mosque in Srirangapatna was once a temple and the architecture is also similar to temple. This must be demolished in the same manner as Babri Masjid was demolished. So, Hindu people please wake up, this needs to be done very importantly.”

The news comes after the Gyanvapi mosque in Uttar Pradesh’s Varanasi was sealed after a ‘shivling‘ was allegedly found during the videographed survey inside the premises.