What’s Really Going on in Karnataka?

The petty, self-serving power games that the top leadership of all three parties have relentlessly played have created dead ends that they now find difficult to negotiate. There is a lot happening in Karnataka, and there is also nothing really happening. Both statements are true. They may appear clever and contradictory, but that is the paradoxical bliss that the state has slipped into for some time now.

From the last few months when H.D. Kumaraswamy was chief minister, and ever since B.S. Yediyurappa has occupied the chair, nothing has taken shape and nothing appears stable. It is only controversies, conspiracies, dissidence and desertions that have ceaselessly fed the news machine.

All three political parties are in the same existential dock. They seek deliverance, but do not know what they seek deliverance from, and where they aspire to go next. The petty, self-serving power games that the top leadership of all three parties have relentlessly played have created dead ends that they now find difficult to negotiate.

Look at the Bharatiya Janata Party. Yediyurappa is accused by his own party men of having ‘arm twisted’ the central leadership to forcefully occupy the chief minister’s chair in the end of July. To checkmate his moment of autonomy, the central party imposed their choice of speaker as well as introduced three deputy chief ministers from three castes and three regions for the first time. When it did so, it eliminated an old guard in the party and created a new second tier.

This left the entrenched players who were former chief ministers, deputy chief ministers, senior cabinet ministers and caste players like Jagadish Shettar, R. Ashok, K.S. Eshwarappa, Basavaraj Bommai, Arvind Limbavali, Murgesh Nirani, B. Sriramulu and Karunakar Reddy among others with a deep wound and an incurable grouse. Some of them are in government but are only gaping at governance. There is neither drive nor initiative. They occasionally create controversy by threatening to impose a National Register of Citizens, like in Assam. This they think will endear themselves to Amit Shah. This is also to embarrass Yediyurappa, who seldom slips into communal rhetoric.

To complicate things, Yediyurappa’s arch rival for years in the state, B.L. Santosh, was elevated as BJP’s national general secretary (organisation). That technically put him several notches above Yediyurappa, and it was interpreted as a move to further rein in the chief minister who could turn rogue like in the past. Wasting no time, Naveen Kumar Kateel, the Mangalore MP, was installed as state BJP chief. He is said to be Santosh’s choice, and he has behaved like one. When Kateel appointed two of Santosh’s men to party posts, Yediyurappa retaliated by appointing two of his loyalists to posts with a cabinet rank. The score is said to be even now.

When two power centres are created, it is needless to articulate the chaos that runs amok. This was visible again, for the umpteenth time, a week ago when the new mayor was elected. The chief minister was out-manoeuvred and a Marwari-Jain, who with an ‘outsider’ tag would not be the choice in ordinary circumstances, was presented as Santosh’s choice. The new mayor is also, notably, from Amit Shah’s community. As one BJP legislator said: “We do not really know if the national president and home minister has the time to worry about a city’s mayoral candidate, but it helps to drop his name or build such a linkage. A lot of hurdles are taken care of.” 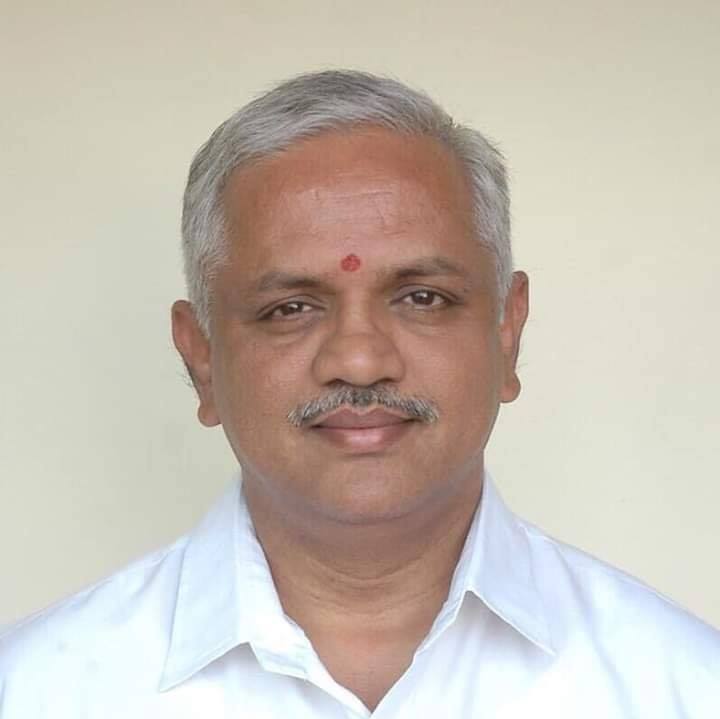 Santosh has always come across as extremely ambitious in the local press. Some in the state BJP say his eyes are firmly on the chief minister’s chair. He is currently in a position that Narendra Modi held when he was sent as Gujarat chief minister in October 2001. Perhaps he expects similar luck to smile on him in 2020.

However, a BJP old-timer said, “After Modi became chief minister, every RSS pracharak thinks it is a legitimate dream to have. They do not realise that Modi’s political and media exposure by the time he became chief minister was tremendous. He had proved his mettle by handling the Ayodhya Rath Yatra for Advani and Murli Manohar Joshi’s Ekta Yatra. His organisational skills aside, his operational depth was of a different order, which people like Vajpayee and Advani acknowledged. The ability to do petty manipulation at the organisation and office level cannot be put on par with this.”

There is yet another quandary that Yediyurappa is in. He has had to be more loyal to the 15 rebels who crossed over from the Congress and Janata Dal Secular, than his own party legislators and senior leaders. He owes his chair to the rebels, yet, when it comes to distribution of power, older party members willy-nilly gain an upper hand. This has frustrated him from day one as chief minister.

When party MLAs lobbied for ministries, he apparently lost his cool: “If I give you everything what shall I give them,” he reportedly said. The ‘rebel quota’ nags at every bend. Recently, he tried to mollify party men who contested previously in the 15 constituencies represented by rebel MLAs with chairmanship to boards and corporations, but they did not take the bait. This was a contingency plan to ensure tickets for rebels or their nominees if the by-polls do happen in December. However, this is contingent on what the Supreme Court decides in the next few weeks.

In the meanwhile, Yediyurappa’s younger son B.Y. Vijayendra has developed the reputation of the ‘go to man’ in the new dispensation, be it for transfers or contracts. Vijayendra is still not in electoral politics. In 2018, he was denied a ticket from Varuna against Siddaramaiah’s son Yatindra at the very last minute. Many see him as Yediyurappa’s succession plan, although there may be a challenge there from Shobha Karandlaje, the Chikmagalur MP. Some interlocutors in the party read the traits of a Jaganmohan Reddy in Vijayendra; what that means allows for a vast spectrum of interpretation.

Anyway, uppermost on Yediyurappa’s mind now is flood relief. The Centre has not responded to his government’s assessments and demands at the speed of local need. It has been embarrassing for his government and state unit of the party to an extent that leaders like the Vjiayapur MLA, Basanagouda Patil Yatnal, a former state minister for textiles and railways in the Vajpayee cabinet, berated the Central leadership. He has been served with a disciplinary notice, but unperturbed he attributed it to a couple of Union ministers from the state. He mostly meant Prahalad Joshi, the parliamentary affairs and mines minister.

Yatnal has been blunt, rather brutal. He said there was a ‘conspiracy’ to unseat Yediyurappa and will not respond to the notice since he had not violated party discipline. “They want another month to pass like this [without adequate flood relief] and then remove him. If you don’t want Yediyurappa, call him and tell him that he is old and against your policy. Obtain his resignation and appoint a new leader, instead you are blocking relief funds to encourage Yediyurappa’s opponents… Mamata Banerjee gets an appointment with the prime minister but not Yediyurappa,” he was quoted as saying in the Times of India.

Without funds, without Central cooperation, with colleagues snapping at his heels constantly, and of course with the burden of the rebels, the only thing Yediyurappa is doing these days is ghost authoring op-ed pieces in local newspapers. The papers look bad, attributing equanimity and wisdom to the chief minister amidst all the upheaval, but they do not seem to have a choice. Government advertising is big, besides the media has voluntarily offered an ideological air cover to the BJP government, like elsewhere in India.

The situation in the Congress is no less diminishing and chaotic. Siddaramaiah may still be their biggest crowd puller, but he has lost his sheen. In the run up to the fall of the Kumaraswamy government, which was a coalition backed by the Congress, his role in nursing the 15 rebels now in the BJP quadrangle, his diehard followers, has put him under a cloud of suspicion. He has, on many occasions, tried to deny his role in propping them up, but hasn’t been able to remove the blot.

At a recent meeting of senior leaders to pick candidates for by-polls, Siddaramaiah was severely challenged and cornered by some of his colleagues. With diminished moral currency, he has now been chosen as the leader of opposition (LoP) in the assembly, but has had to give up the Congress Working Committee role. The LoP role itself did not come easy to him. The Congress made him wait for a long period, while options and choices were discussed.

What should have been automatic elevation has now come with a loaded message. Like it always happens in the Congress, finally they opted for a status quo. Perhaps the party feared that Siddaramaiah will rebel too, like he nearly did in 2008, when he the same opposition leader’s chair was denied.

D.K. Shivakumar, the self-styled troubleshooter and saviour of the Congress, is also in jail. This does not change electoral arithmetic for the party, but has created a perception dent. His own party colleagues feel that his rags-to-riches story had to end somewhere because his avarice had no limits. There was some whimpering of protest initially, mostly sponsored, but that too is dead now. He is off the headlines.

The Congress had a great opportunity this time to transition into a new generation of leaders. One imagined they will respond to the BJP’s experimentation with new faces like Ashwathnarayan, who crossed hierarchies to become deputy chief minister. There were bright faces like M.B. Patil and Krishna Byre Gowda in the Congress, but they have not been chosen. 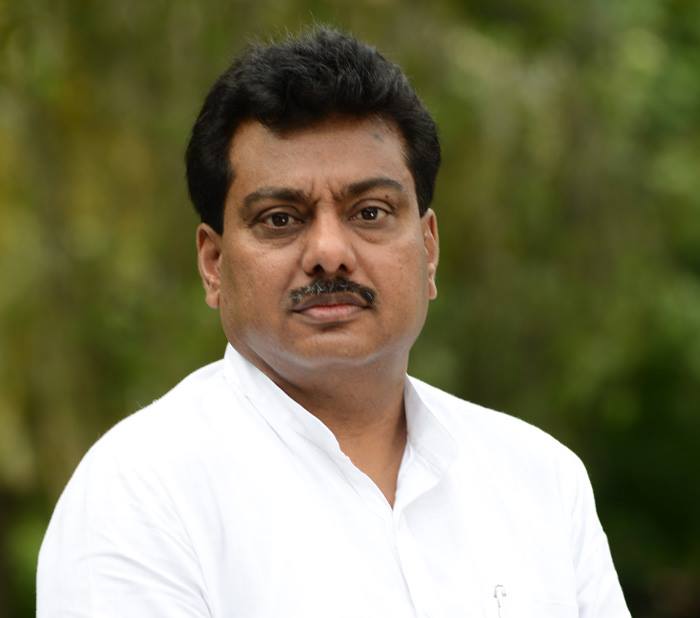 There is a whisper though that M.B. Patil, who has emerged as a formidable North Karnataka face, with deep commitment to irrigation issues, may get charge of the party if Dinesh Gundu Rao is replaced. But in the Congress, one will have to wait till the last ball is bowled. A BJP leader said: “Krishna Byre Gowda was so good in the GST council as Karnataka’s representative that Jaitleyji once asked me if he would crossover to the BJP.”

Even as one makes an argument for the younger generation in the Congress, they have treated power like civil servants. They have been risk-averse, ensuring only continuity and mild learning. They never toured the state and never developed mass contact. Neither did M.B. Patil, Krishna Gowda or Dinesh Rao step out of the shadow of Siddaramaiah when they were in power for five years and later a year in coalition. This has contained their ability to deliver elections to the party, which is crucial. It is one thing to ensure one’s own re-election, but quite another thing to ensure an entire region.

Finally, we are left with Janata Dal (Secular). A party that is marvellous in opposition, but develops unjustifiable arrogance in power. Realisation seems to have dawned after the bitter Lok Sabha debacle in which patriarch H.D. Deve Gowda lost and H.D. Kumaraswamy’s son was defeated that family politics may be anathema to the Karnataka electorate. If they have to retain their 20% vote share, they need to diversify their choices and accommodate electoral talent from outside the family.

Even as Deve Gowda took to the streets to protest the apathy of the Centre in releasing flood relief on October 10, the Damocles sword that hangs on the top leadership is of the telephone-tapping case (the Kumaraswamy government is accused of tapping political rivals and other prominent people), and the IMA case (a ponzi scheme in which poor Muslims lost their savings). The CBI is probing the phone tapping case and the ED has made an intervention in the IMA case. Need we say more?