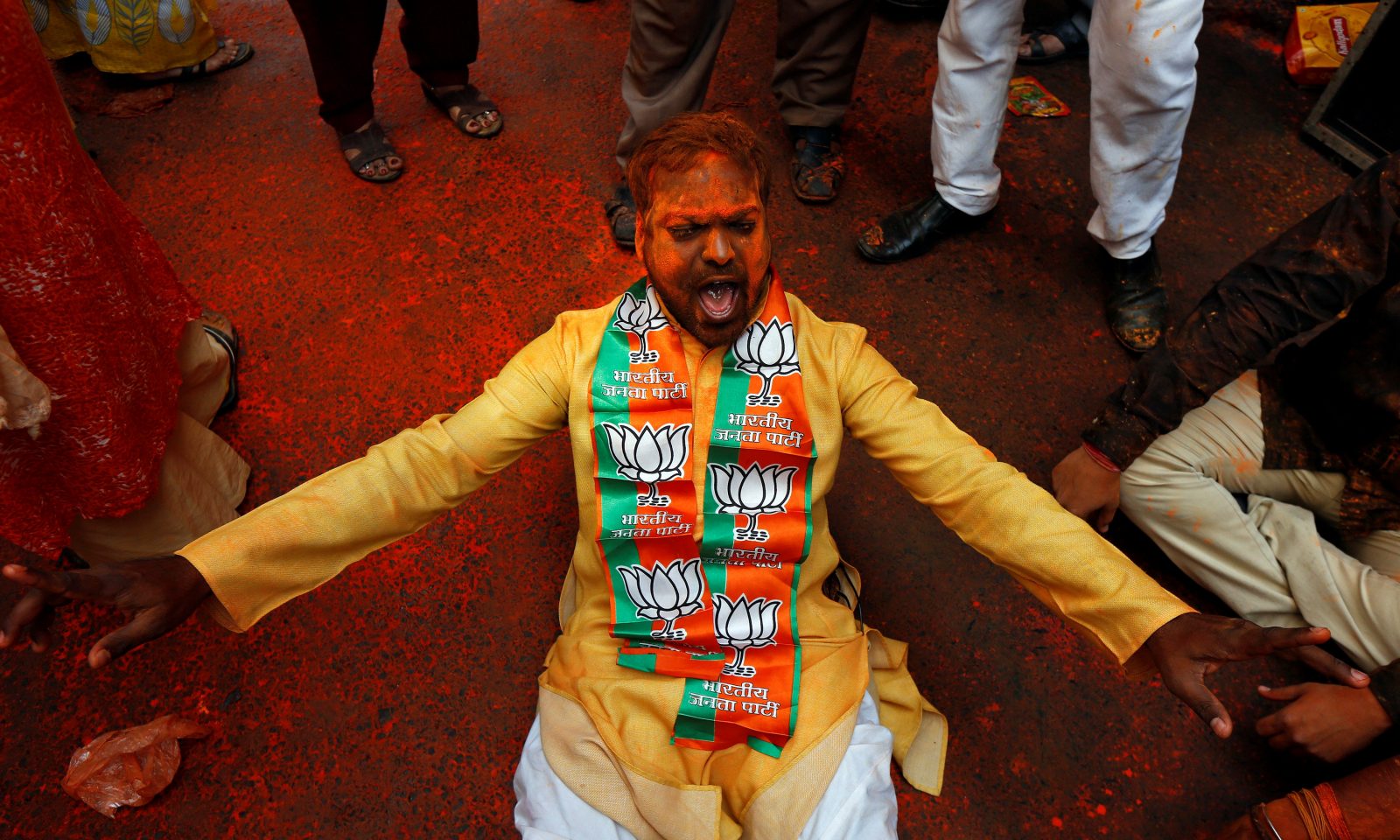 New Delhi: The BJP may have emerged as the single largest party in the Karnataka assembly, but with the Congress and JD(S) coming together for a post-poll alliance, things aren’t exactly looking rosy for the saffron party.

At 6 pm, on a day where the fortunes fluctuated wildly, incumbent chief minister and Congress leader Siddaramaiah, who submitted his resignation to the governor in the afternoon today, and Janata Dal(S) leader H.D. Kumaraswamy spoke to the media after emerging from Raj Bhavan. Kumaraswamy says he has submitted a letter staking claim to form a government with the support of the Congress.

“We have given unconditional support to JD(S)”, Siddaramaiah said. “Congress has extended support to JD (S) to form the government with both parties put together have MLAs more than the magic number of 111. Democracy is run on numbers; numbers are in our favour. The Governor after obtaining the list of elected MLAs from the Election Commission, would take a call.”

Prime Minister Narendra Modi congratulated his party in a tweet:

I thank my sisters and brothers of Karnataka for steadfastly supporting the BJP’s development agenda and making BJP the single largest party in the state. I salute the stupendous work of @BJP4Karnataka Karyakartas who toiled round the clock and worked for the party.

While the BJP is still in the lead, it appears to be falling short of majority in the 2018 Karnataka assembly elections. According to ETV Kannada, BJP is leading in 104 seats, Congress in 78 and JD(S) in 38.

Early results had given the BJP a definite edge over the Congress but a strong showing by the Janata Dal (Secular) changed the wind and gave H.D. Deve Gowda’s party the chance to play the role of kingmaker.

Counting for 222 of the state’s 224 assembly seats is being done today, polling for which was held on May 12. Elections to the two remaining seats were deferred.

BJP’s CM candidate B.S. Yeddyurappa was won from Shikaripura seat by 35,397 votes, according to ANI.

In Bengaluru, the Congress is marginally ahead of BJP. It is leading in 12 seats, BJP in 11, JD (S) in seven.

The highlight of the Karnataka elections so far has been that almost all opinion polls have predicted a hung assembly. It will be the Old Mysore region which will decide, whether there will be a hung assembly or whether any party is able to get a clear majority, according to Omkar Poojari.

A favourable verdict is extremely important for all three key stakeholders – the Congress, the BJP and the JD(S). The Congress is looking to find its lost mojo back, the BJP is hoping the ‘Modi Magic’ works, while H.D. Deve Gowda’s JD(S) is looking to stay relevant in the politics of the state.

Independent journalist T.M. Veeraraghav believes that for the BJP, this entire election depends on its ability to amplify the anti-incumbency – a decisive factor in Karnataka, where no incumbent government has been re-elected in over three decades. But it is facing an inherent crisis of credibility after having projected Yeddyurappa as the chief ministerial candidate.

Yeddyurappa had to step down as chief minister in 2011 following allegations of corruption.

The Congress is facing three problems in the state, according to James Manor. No Karnataka government has been re-elected since 1985. Congress voters are evenly spread across the state, while support for other parties is more concentrated – the BJP has more support in northern and central districts, and the south leans towards the JD(S). The Congress government has also seen three or even four years of drought in different parts of the state.