Karnataka: Another BJP Leader Wants Those Raising 'Anti-India Slogans' to Be Shot

Appachu Ranjan, MLA from Madikeri, said people saying 'Pakistan Zindabad' should be shot on sight or exiled to that country. 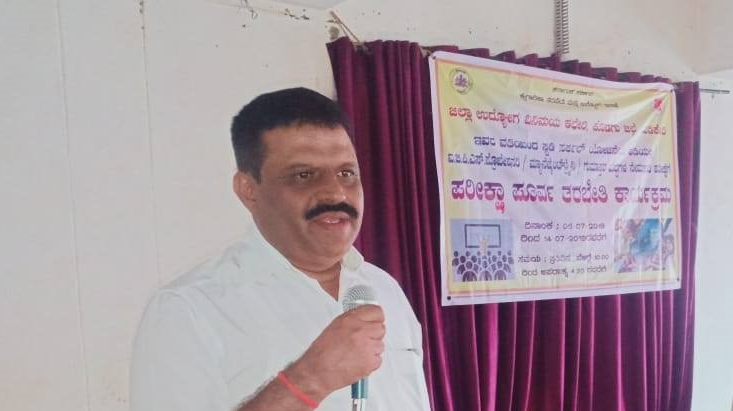 Bengaluru: A day after Karnataka minister B.C. Patil felt the need for a law to shoot people who raise pro-Pakistan and anti-India slogans, another BJP MLA on Monday said such people should be shot at sight or exiled to the neighbouring country.

Appachu Ranjan, MLA from Madikeri, made the statement while speaking about Amulya had raised ‘Pakistan Zindabad‘ slogan at Bengaluru during a Citizenship (Amendment) Act (CAA)-related meeting, along with ‘Hindustan Zindabad’.

“People saying Pakistan Zindabad, despite living in our country, eating food and drinking water available here, they should be shot at sight or else such people should be exiled to Pakistan, and no one should show softness towards them and fight cases in their favour,” he said at Somwarpet in Kodagu.

Also read: When It Comes to Curbing Dissent, Karnataka Is Going the UP Way

Amulya Leona, a woman who said Pakistan Zindabad, along with Hindustan Zindabad, at an anti-CAA rally here last Thursday, has been booked for sedition and remanded to judicial custody.

She was invited to speak as part of “Save the Constitution”, invited her to address the gathering in the presence of All India Majlis-e-Ittehadul Muslimeen (AIMIM) chief Asaduddin Owaisi.

Agriculture minister Patil on Sunday had expressed the need for legislation to shoot such people and said he would make a request to prime minister in this regard.

“A law should be brought in the country that whoever raises slogans against India and in favour of Pakistan, they should be shot at sight.

Bringing such a law is important,” Patil had said.