Karnataka, a Congress Bastion In the Modi Years, Stormed by BJP

By mid-morning on May 23, the Congress-led alliance was struggling to stop a rout –with the BJP leading in 24 of Karnataka 28 seats, including some in the state capital. 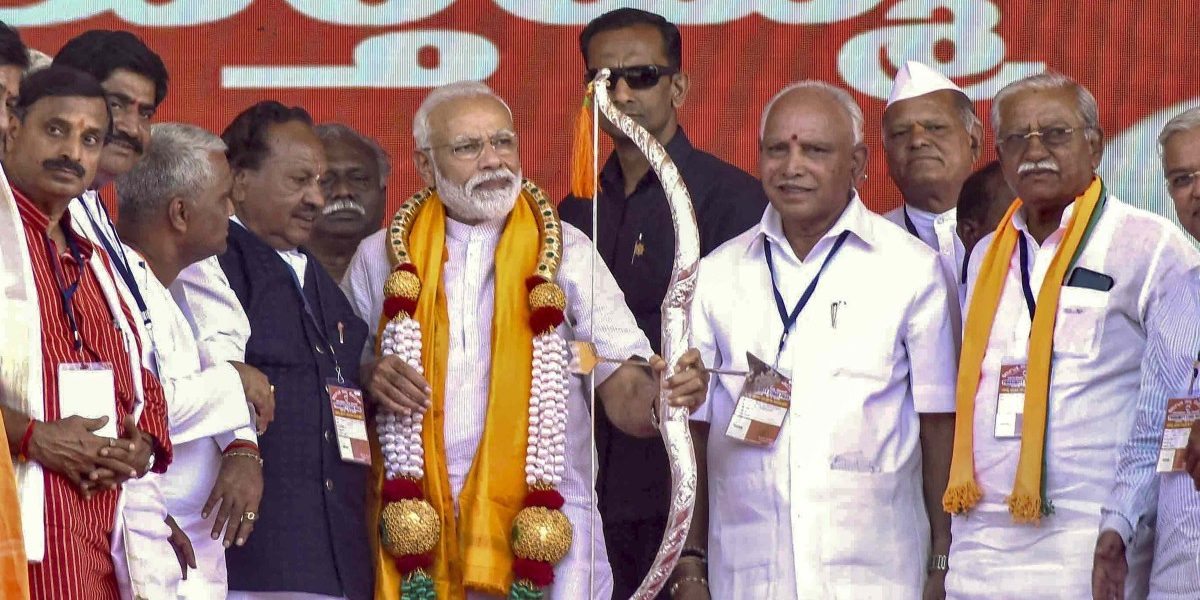 The Congress-led alliance in Karnataka has been left in rout – driven down to three seats in the south of the state, while the BJP leads in 25.

Janata Dal (Secular) leaders, who should have benefited from strong the vote conversion of Congress voters, are in disarray – the regional party is leading in only one seat out of the eight it contested. Among those falling behind are former prime minister HD Deve Gowda, trailing in Tumkur by over 12,000 votes.

One of his grandsons, placed in the party’s safest seat – Hassan – has been declared the winner, but another is trailing far behind a BJP-backed independent in Mandya.

The Congress’ national leaders from the state also took a hard blow. Former union minister Veerappa Moily and Lok Sabha leader Mallikarjun Kharge are both poised to lose their seats, which could spell the end of long careers.

Gateway to the South bursts open

Notorious as the Bharatiya Janata Party’s ‘Gateway to the South’, Karnataka has also been a hold-out for the Congress party – the only large state in which it remained in power, through its plunge in the first Modi government, until the Congress seemed to bounce back in the Hindi belt in December 2018.

In Bangalore Central, the anti-BJP independent Prakash Raj may have cost Congress a seat – his tally of 22,000 votes is double the leading margin of BJP’s P. C. Mohan.

In 2019, it was as close to being a head-to-head contest between the two national rivals as an election in south India has ever been.

In comparison, for most of the past two decades, Karnataka politics was triangular – contested by the Congress, BJP and also the Janata Dal (Secular), which was often the ‘king-maker’ in the state assembly.

The 2018 assembly elections were fought on this pattern, but with an especially tense finale – while the Congress won the highest voteshare, the BJP was the single-largest party. It made an attempt to form a minority government, but a midnight ruling by the Supreme Court enabled the claim of a Congress-JD(S) combine, and made HD Kumaraswamy of the JD(S) the chief minister, leading a precarious majority.

As a result, for the first time, the Congress and JD(S) are contesting a Lok Sabha election in alliance – with the Congress opposing the BJP in twenty of Karnataka’s 28 seats, and the JD(S) in eight. 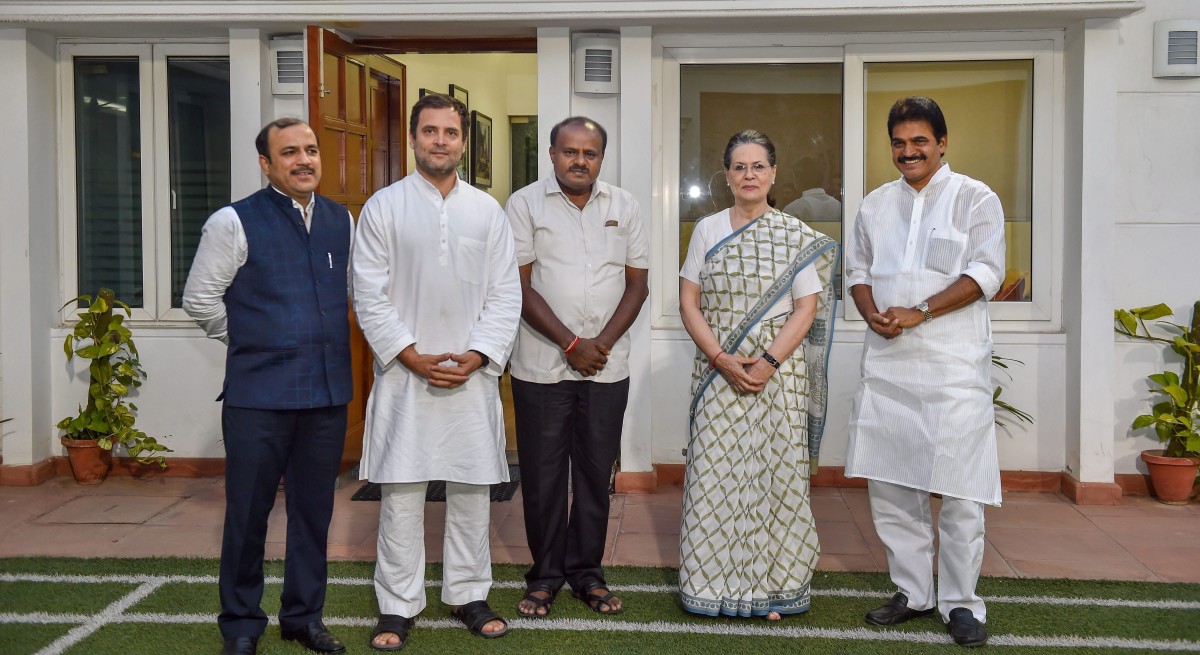 The catch in the coalition

Given their combined vote-shares, they may seem unassailable. Luckily for the BJP, however, the geographical distribution of their support means there is only a marginal advantage to their seat-sharing.

In fact, Karnataka was never the ideal testing-ground for an anti-BJP gathbandhan,  because the JD(S)’s main regional rival is the Congress, and not the BJP. Its strongholds are in Mysore Karnataka, the prosperous inland and southern part of the state, where the BJP has the weakest presence.

The combined state-wide votes of the Congress-JD(S) coalition could produce historically high winning margins in the nine seats of Mysore Karnataka, but leave the Congress with very little advantage in contests in the other nineteen.

There’s also a problem of transfer – while Congress voters are likely to be happy to switch their anti-BJP votes to the ally, what the alliance needed was to hold onto traditional JD(S) voters – who may in face be more anti-Congress – and not lose them to the allure of Modi.

Consequently, most exit polls this past week indicated that, brushing off the alliance, the BJP would hold its gains or even grow them – from 17 seats in the last election, upto as many as 22 (CNN-IBN IPSOS) or 23 (News24-Chanakya), which means the keep within the bastion – Mysore Karnataka – will have fallen.

The Congress’ prominent candidates include Mallikarjun Kharge, its leader in the outgoing Lok Sabha, and MP from Gulbarga, and its dynamic state agriculture minister Krishna Byre Gowda. He will contest from Bangalore North, going up against the BJP’s incumbent, Union Minister Sadanand Gowda.

In the capital, the BJP has fielded Tejasvi Surya to contest from Bangalore South, a 29-year-old already replete with so much controversy that he issued an injunction to 40 media outlets to stop them from pre-empt ‘defamatory’ stories about him. The injunction has since been set aside by the Karnataka high court.

Among the larger issues driving the vote in Karnataka is regional pride, as Congress president Siddaramaiah deftly employed language politics against the encroachment of the BJP. The Kannada vs Hindi debate and a separate flag are symbolic of a emotive resistance to north-Indian hegemony.

A push to define the Lingayats as a separate religion, rather than as a Hindu sect, has been an especially polarising issue. On one hand, the Lingayat community is the largest established vote-bank of the BJP. On the other, scholars and devout leaders are calling for its separate identity from Hinduism.

Other issues include agrarian stress, especially potent as the north of the state reels from drought. The water crisis has grown more severe, as have conflicts around the allocation of water from the Cauvery river in the south and the Mahadayi or Mandovi river in the north. The state capital Bengaluru also faces huge deficits in water requirements, predominantly affecting the city’s poor – and raising the spectre of a ‘Day Zero’ where the water will run dry.