The actor has accused the Maharashtra government of 'political vendetta' because of her criticism of the Shiv Sena.

New Delhi: Barely an hour before the Bombay high court was to hear a plea by Bollywood actor Kangana Ranaut on Wednesday against a ‘stop work notice’ issued by the Brihanmumbai Municipal Corporation (BMC) regarding construction that is underway at her bungalow-cum-office, the municipal body razed down the portion it had termed “illegal alterations”.

According to news reports, the BMC took the action at the actor’s house in the Pali Hill area of Bandra (West), hours before she was to arrive in the city from her home state Himachal Pradesh. On September 9, around 11 am, the demolition began. The BMC also issued a second notice to her, mentioning the demolition.

However, the Bombay HC, hearing the case at 12:30 pm, halted the demolition and asked the municipal body to reply to the actor’s petition.

Kangana, who is perceived as being close to the BJP, has denied there was any illegal construction on her premises. Soon after the demolition started, she took to Twitter to denounce the move by the Shiv Sena-run BMC. Her tweet referred to “my enemy”, presumably the Shiv Sena, and also used phrases like “Babur and his army”; “Today history will repeat itself, Ram Temple will be broken again”; “Pakistan – death of democracy”. She also repeated her controversial comment comparing Mumbai to Pakistan occupied Kashmir (PoK) now.

I am never wrong and my enemies prove again and again this is why my Mumbai is POK now #deathofdemocracy 🙂 pic.twitter.com/bWHyEtz7Qy

Locked in a fight

For the past week, the actor has been locked in a fight with the ruling Shiv Sena and has criticised Maharashtra chief minister and Sena chief, Uddhav Thackeray. Reacting to Kangana’s statement that she felt unsafe in Mumbai after the death of fellow actor Sushant Singh, Shiv Sena MP Sanjay Raut asked her not to come to Mumbai. She hit back at him in a tweet that said, “Sanjay Raut, Shiv Sena leader has given me an open threat and asked me not to come back to Mumbai. After Azaadi grafittis (sic) in Mumbai streets and now open threats, why Mumbai is feeling like Pakistan occupied Kashmir.”

In a veiled attack at the BJP, Raut asked if she had the courage to compare Ahmedabad (in Gujarat, which is ruled by the BJP) as PoK. BJP and Sena have been at loggerheads since the latter refused to align with the saffron party to form the government in Maharashtra after the last assembly polls.

Kangana has also criticised the Mumbai Police, leading the ruling party leaders to claims the actor not only insulted Mumbai and Maharashtra but also the state police.  The comment was also condemned by the BJP, with the former chief minister and current leader of the opposition Devendra Fadnavis telling reporters on Tuesday that her comment was “wrong” and the BJP doesn’t support it.

He, however, stated that it is the duty of the state government to protect the life of an individual. “Hence, though we are not supporting what Kangana Ranaut said, and nobody will support it, still it is the responsibility of the government (to protect her). Because we are not living in a banana republic.”

Two days prior to the demolition, BMC officials reportedly paid a surprise visit to the actor’s office-cum-bungalow and checked the premises. The municipal body thereafter issued her a notice to stop the ongoing work within 24 hours. While her staff refused to accept the notice, it was pasted outside her office on September 8. The notice also warned the actor that she could face a jail term and penalties if the work is not stopped at once.

Her lawyer, on September 8, moved the Bombay HC against the notice. The court said it would hear the matter at 12:30 pm on Wednesday.

Meanwhile, on September 8, even as the Ministry of Home Affairs approved ‘Y’ category security to the pro-BJP actor a day before she was to travel to Mumbai, Congress MLA Ashok Jagtap moved a privilege motion against the actor in the state assembly for her comments “defaming Mumbai’.

The Sena also moved a privilege motion against Republic TV managing director and editor in chief Arnab Goswami in the state legislative council for regularly using “derogatory language” against Uddhav Thackeray, NCP president Sharad Pawar and other legislators on his shows.

As per news reports, Ramraje Naik Nimbalkar, the state legislative council chairman, accepted both the motions, saying, “In the absence of a committee for it, I am going to decide on it (on the motion).” 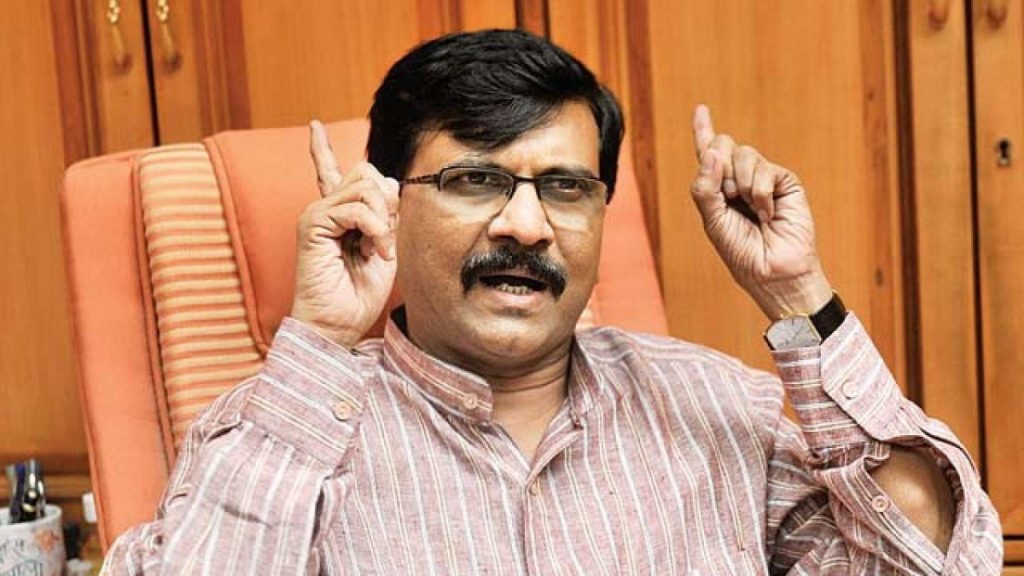 Other allegations against Kangana

The state police have also been directed by home minister Anil Deshmukh to probe a recent allegation made by Adhyayan Suman, who was in a relationship with Kangana, that she took drugs. Deshmukh told reporters that Sena’s Pratap Sarnaik and Sunil Prabhu had raised the matter in the assembly on September 8 and that the Mumbai Police “will investigate this matter”.

Though Kangana’s supporters have accused the Sena-led government of political vendetta, Sarnaik told reporters, “The law is the same for everyone. There is no political vendetta. Security is given to people who are looked upon as idols. If there are allegations of drug consumption against her and if they are false, the people levelling them should be thrown into jail.”

It must be pointed out that the action against Kangana comes hours after Narcotics Control Bureau took actor Rhea Chakraborty into custody for alleged drug use. Reacting to her arrest, Kangana reportedly said, ‘I always said Rhea is just a scape goat, she may be a small-time gold digger or druggie but now she should reveal the names of masterminds behind Sushant’s epic fall, who finished his career? Who snatched his films? Who ruined his reputation and to top it all who gave him drugs? She should expose everyone now or else it will be too late.” This may be in reference to Kangana’s claim that it was Bollywood’s nepotism that contrives to keep ‘outsiders’ at bay that drove Rajput to suicide.

Meanwhile, the BJP has used the controversy around Sushant Singh’s death in its party poster in poll-bound Bihar, his home state. This has given weight to claims that the saffron party – and its friendly media – are trying to gain political mileage out of the actor’s death.