It is not a coincidence that Amit Shah talked about Singh creating “a fear-free” government in UP. This statement is intrinsically linked with the BJP's ongoing campaign for the assembly elections. 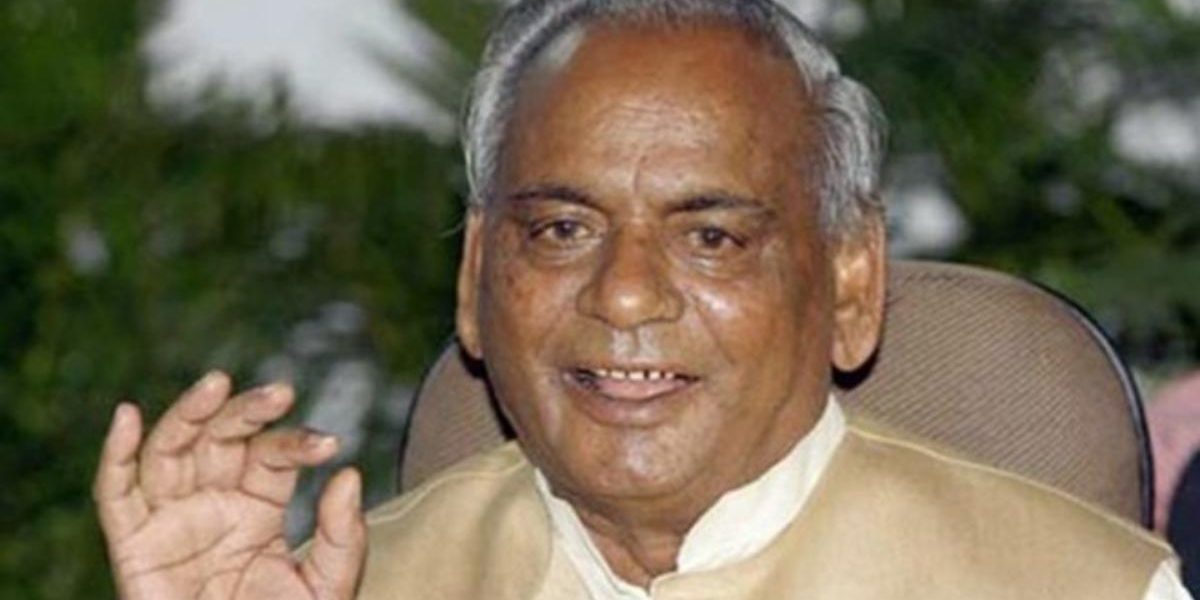 On Tuesday, soon after Kalyan Singh’s name figured in the list of people who have been chosen for the Padma awards this year, senior Bharatiya Janata Party leader and Union home minister Amit Shah tweeted, “Kalyan Singh ji devoted his entire life in the interest of the country. While being the chief minister of Uttar Pradesh, he gave a fear-free and public welfare government to the people. Today, him being conferred with Padma Vibhushan by the Prime Minister is a real tribute to the great life of Babuji (which was) dedicated to the nation.”

In the official list, Singh has been being introduced as a “Veteran political leader and former Chief Minister of Uttar Pradesh” who has been bestowed with the Padma Vibhushan, the second-highest civilian award in India, for his contribution to public affairs with a focus on politics.

While the home minister would like us to believe that Singh has been awarded for giving “a fear-free and public welfare government to the people” and his contributions to nation building, it is worth revisiting his role as chief minister of Uttar Pradesh as well as his politics. Even glancing at Singh’s public life reveals that he is being conferred with the second-highest civilian award mainly for his contributions to strengthening and protecting Hindutva forces in Uttar Pradesh as its chief minister. Prime among his actions was shielding the culprits responsible for razing the Babri Masjid in Ayodhya and paving the way for its demolition.

At the time of the Babri Masjid demolition, Singh was the chief minister of state. When he was asked whether to order firing on kar sevaks who were marching towards the masjid to raze it, he flatly denied permission in writing, arguing that firing would lead to the loss of many lives, chaos and law and order issues across the country. Notably, a few years ago upon being asked about his decision to not order the firing, Singh told the Hindustan Times, “I am proud of my decision as today I can proudly say that I might have lost my government but saved kar sevaks. Now, in hindsight, I feel that subsequent demolition eventually paved the way for the temple.”

This despite the fact that it was the state government led by Singh which had filed an affidavit before the Supreme Court on November 27, 1992, assuring the apex court that his government was “fully competent to prevent the violation of the court’s order and [that] the assistance of force offered by the Central government is not necessary in the present circumstances”. It was on the basis of this affidavit that the apex court had allowed a “symbolic kar seva” to be held on the fateful day, which led to the demolition of the Babri Masjid.

Watch: Kalyan Singh’s Politics and the Rise of Hindutva

In 2019, in the same judgement which paved the way for the construction of a Ram Mandir where the Babri Masjid once was, the Supreme Court noted that the demolition of the mosque was not just illegal but also a “breach of the order of status quo and an assurance given to this Court”.

What is also noteworthy is that Singh was not just another BJP leader, but someone who started his political innings as an RSS functionary and lifelong crusader for Hindutva, despite temporarily leaving the saffron party and joining the Samajwadi Party or his own political outfits such as the Rashtriya Kranti Party and the Jan Kranti Party, after being denied an important role in the government.

It is not a mere coincidence that Shah talked about Singh creating “a fear-free” government. This statement is intrinsically linked with the BJP’s ongoing campaign for the Uttar Pradesh assembly elections and suits the narrative that Yogi Adityanath too has provided a “fear-free” government.

Notably, like the current BJP rule in the state, Singh’s rule back then was preceded by a regime of Janata Dal (Socialist) led by Mulayam Singh Yadav as chief minister. Yadav was routinely vilified by the Hindutva brigade and the saffron party, much like his son Akhilesh Yadav is now by the current regime led by Yogi and his party officials. In recent weeks, Akhilesh has been repeatedly called a “Jinnah lover” for his so-called pro-Muslim stances. In that time, Mulayam was repeatedly called “Mullah Mulayam” for opposing the Ram Janmabhoomi movement, taking ‘pro-Muslim’ stances and ‘going easy’ on minorities.

It is no surprise that Singh has been chosen for the Padma Vibhushan. Moreover, in his selection for the award, there is the message that not just will each contributor to the making of ‘New India’ be duly compensated, but also that the saffron party cares for the Other Backward Classes (OBC), to which Singh belonged.

Today, when the Uttar Pradesh election campaign is mainly centred around Hindu-Muslim and upper caste-lower caste issues, who can be a better mascot for the saffron party than Kalyan Singh? After all, unlike many others, he fits the bill of being both a Ram bhakt and a non-Yadav OBC.