Kailash Satyarthi, Could You Not Find More Worthy Haulers of Peace Than the RSS?

It is but a matter of worry that at the very function which you bejeweled, RSS chief Mohan Bhagwat issued a call against the so called ‘urban Naxals’. 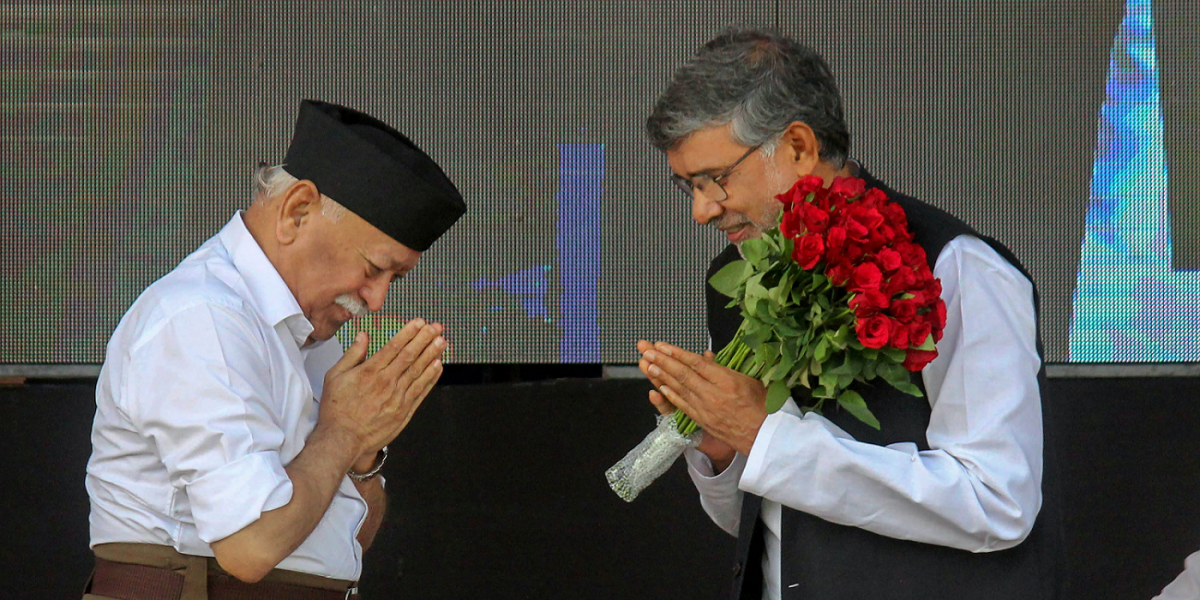 I write this letter to you with a heavy soul. ‘Heavy’, not as in sad, but because I feel burdened by the baggage of your recent visit to the Rashtriya Swayamsevak Sangh (RSS) headquarters for the Vijayadashami function. You are the recipient of the Nobel Peace Prize and therefore, the peace loving citizens of this globe unconsciously feel to have a right on your actions. My writing this letter to you is the use of that collective right on the so-called gospels of peace.

Your attendance of the RSS event has belittled the peace prize which was bestowed on your good self. Imagine Malala Yousafzai, your Nobel co-recipient, going to a function of say Jamat-e-Islami of Pakistan? What havoc would that create? What face would she have if she did that? I may mention that I purposefully avoid sending her to an imaginary Talibani function in Pakistan because the comparison between RSS and Taliban would not be correct even though the actions purported by the two organisations were for a similar end point: one, a Hindu Rashtra and the other, an Islamic Caliphate.

Since we live in times of collective amnesia, it may be worth remembering that the very organisation you decorated was banned thrice by the government of India. The very first memorandum which banned the organisation four days after Mahatma Gandhi was murdered had some remarks which should worry us all who love peace and peaceful means of struggle. The order said, “to root out the forces of hate and violence that are at work in our country and imperil the freedom of the nation…the Government of India have decided to declare unlawful the Rashtriya Swayamsevak Sangh in several parts of the country, individual members of Rashtriya Swayamsevak Sangh have indulged in acts of violence involving arson, robbery, dacoity, and murder and have collected illicit arms and ammunitions. They have been found circulating leaflets exhorting people to resort to terrorist methods, to collect fire arms….the cult of violence sponsored and inspired by the activities of the Sangh has claimed many victims (sic)”.

I suppose an order banning the Taliban in your co-recipient’s country Pakistan wouldn’t sound much different than this Satyarthi? Don’t you think so?

I also know your commitment to the Gandhian philosophy of non-violence. You had always come out as a Gandhian to the world, although knowingly or unknowingly, you have avoided speaking against state sponsored violence. I don’t remember you condemning the brutalities unleashed by the state against the children of Kashmir (most blinded by the notorious pellet guns happen to be teenagers) or even against the killing of tribals in the state of Chhattisgarh by labelling them Naxals. I hope you understand that for every tribal killed, a child is orphaned?

I suppose an order banning the Taliban in your co-recipient’s country Pakistan wouldn’t sound much different than this Satyarthi?

It is but a matter of worry that at the very function which you bejeweled, RSS chief Mohan Bhagwat issued a call against the so called ‘urban Naxals’. This is a problematic term in itself which unfortunately is used in the present day to delineate those who seek to speak for freedom of expression, liberal values and ideas of a free and inclusive society. I would definitely like to hear your opinion on this jargon of hate and more so when the Mahatma had himself said, a man is but the product of his thoughts; what he thinks he becomes. Please let us know what you think of Bhagwat, more so in view of the regular rhetoric of the kind he said at the function? Isn’t he the product of his thoughts? 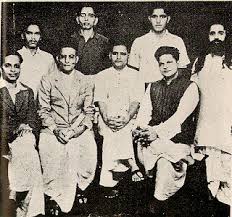 Also, who doesn’t know that the organisation you chose to go to as an honored guest is involved in the assassination of Gandhi? I understand that in the last couple of years, there are desperate attempts by the RSS and it’s Sangh parivar to legitimise Gandhi’s killer, Nathuram Godse. But fortunately, history has a knack of catching up with its characters. Unless of course, they are given a kind of credibility which visits by a Nobel Peace Prize winner will definitely (and unfortunately) bring to their fib claims. I hope I don’t need to reiterate what the Swedish Nobel Committee, which bestowed you with the Nobel Peace, says about Gandhi. They call him their missing laureate, having failed to give him the Nobel Peace despite six nominations.

You should have been careful of the legacy of the RSS before accepting their invitation.

I understand that it is difficult for you to speak on all the issues I mentioned in this letter because of various reasons and you, being a Nobel recipient, are not entitled to echo sentiments on every issue under the sun. But you giving credibility to a function of the RSS is a serious breach of trust in peace. Peace and its gospels should be careful in choosing their friends, sir.

Also Read: There Is No Nuance in Mohan Bhagwat’s Statements on Hindu Rashtra and Muslims

We are living in interesting times where the definitions of inclusiveness, justice, equality and peace are being rearranged to the convenience of those in power. Let’s not partner those who are on the other side of the fence. Those in power are not more important than the peace which you have been given the responsibility to represent. To share the legacy of peace, I am sure you could have found better and more worthy haulers than the very killers of the epitome of non-violence. In the words of Dominique Pire, a peace laureate like your good self, to act without knowledge is folly, to know without acting is cowardice.

Shah Alam Khan is a professor of orthopaedics, AIIMS, New Delhi, and the author of Man With the White Beard. Views expressed are personal.