Mahua Moitra Says People Can Imagine Gods as They Like, Rattled TMC Distances Itself 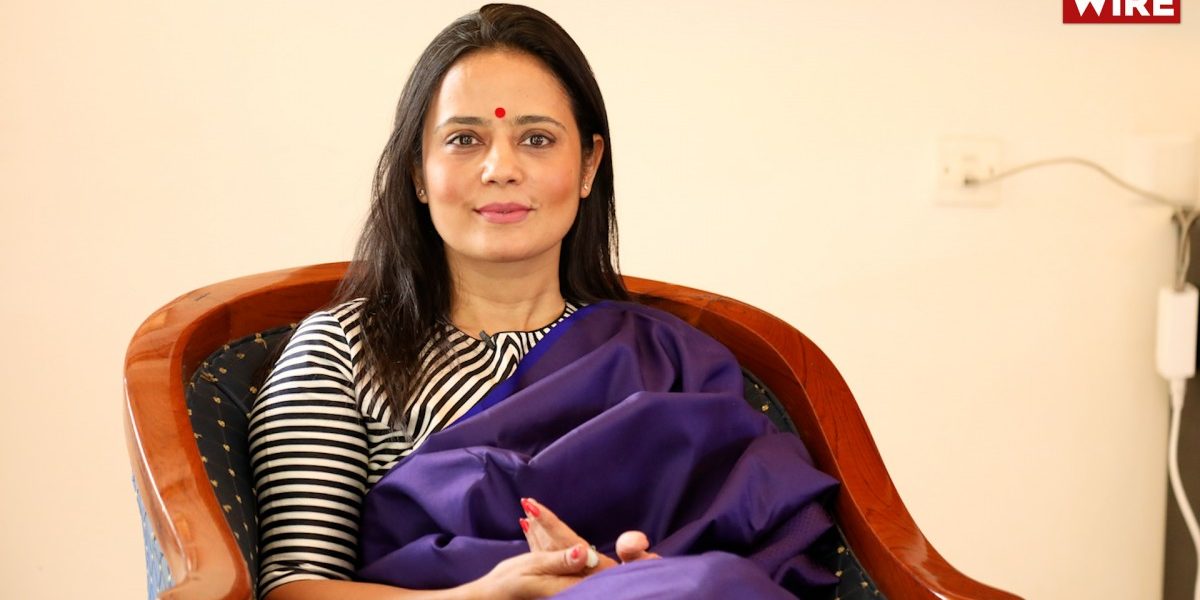 New Delhi: Trinamool Congress MP Mahua Moitra on Tuesday said that she has every right as an individual to imagine Goddess Kali as a meat-eating and alcohol-accepting goddess, as every person has the right to worship god and goddess in his or her own way. Her remarks came on the same day as the controversy created around the poster of Leena Manimekalai’s documentary film Kaali.

While the BJP went hammer and tongs against Moitra and wondered if it was the official stand of West Bengal’s ruling party, a rattled TMC also distanced itself from the comment and condemned it.

While taking part in India Today Conclave East held in Kolkata, the Krishnanagar MP said it is up to individuals how they view their gods. “If you go to Bhutan or Sikkim, for example, when they do puja, they give whisky to their god. Now, if you go to Uttar Pradesh and say that you give whisky to your god as prasad, they will say that is blasphemous,” she said.

Moitra made no comment on filmmaker Manimekalai’s depiction as she had not seen the film but said that people have the right to imagine their gods or goddess in the way they want.

“For me, Goddess Kali is a meat-eating and alcohol-accepting goddess. And if you go to Tarapith (a major Shakti peeth in West Bengal’s Birbhum district), you will see sadhus smoking. That is the version of Kali people worship (there). I, within Hinduism, being a Kali worshipper, have the right to imagine Kali in that way; that is my freedom,” she said.

Moitra said this when asked about a film that had courted controversy after it had put up posters showing a women dressed as a Hindu goddess smoking. The MP said, “I have the freedom to do it (envision a meat-eating goddess) as much as you have the freedom to worship your god as vegetarian and white-clothed.”

After her comments went viral, Moitra issued a clarification attacking the Sangh parivar.

To all you sanghis- lying will NOT make you better hindus.
I NEVER backed any film or poster or mentioned the word smoking.

Suggest you visit my Maa Kali in Tarapith to see what food & drink is offered as bhog.
Joy Ma Tara

“TMC supremo and west bengal Chief Minister Mamata Banerjee should clarify it. This is not the first time that such instances have been reported. Earlier too TMC leaders have done the same. We think this is the official stand of the ruling TMC to hurt the sentiment of Hindus to get votes,” BJP state vice-president Rathindra Bose said.

The ruling TMC, however, distanced itself from the comments and condemned the remarks by Moitra.

The comments made by @MahuaMoitra at the #IndiaTodayConclaveEast2022 and her views expressed on Goddess Kali have been made in her personal capacity and are NOT ENDORSED BY THE PARTY in ANY MANNER OR FORM.

Asked about the row over the poster of documentary film Kaali and Moitra’s comments, Congress spokesperson Gourav Vallabh said in Delhi he would not like to comment on Moitra’s remarks as it was a matter that concerns her and her party.

He, however, added, “We respect gods and goddesses of all religions and that is the character and beauty of our country.”

“Neither myself nor my party acknowledge any medium or any statement by which the religious feelings of any community is adversely impacted. But we have to understand why these things are happening today – because the government is interested that we should not discuss why five per cent GST is imposed on flour,” Vallabh said.