Has the Scindia Scion Overplayed His Hand?

If only a year away from power had made him so uneasy, he may not be cut out for a long drawn political career.

BJP leader Jyotiraditya Scindia being welcomed by his supporters on his arrival at Bhopal Airport, Thursday, March 12, 2020. Photo: PTI

Ravan’s youngest brother, Vibhishan, who deserted his brother, has such a disgraceful place in Indian milieu that while Ram is worshipped and even Ravana is respected by some, there is absolutely no record of anyone naming their child ‘Vibhishan’ in nearly 5,000 years. The unequivocal message while calling someone ‘Vibhishan‘ to his face, in an ostensible attempt to honour him, may be lost only on the very obtuse.

Shivraj Singh Chouhan chose the very occasion of ‘Maharaj’ Jyotiraditya Scindia’s welcome at the BJP office in Bhopal to state: “Kamal Nath is Ravana but we still needed a Vibhishan to bring down his Lanka.”

Those who stake a claim to the legacy of Ram and Ram Janmabhoomi and swear by nationalism appear found the missing link in Scindia. And, like Vibhishan, Scindia may ascend whichever throne he seeks but at the cost of his self-respect.

At the airport and at the ‘Bhajpa karyalaya’ in Bhopal, which he visited for the first time, Scindia looked every bit as uncomfortable – with eyes downcast and shoulders drooped – even as he said: “I will shed my blood for the BJP”.

With the Madhya Pradesh assembly session being shifted to March 26 in view of the threat posed by the coronavirus outbreak, Kamal Nath and Digvijaya Singh have been given some time to work through the mess. It will also give Scindia time to reflect – he will be in the Rajya Sabha for the first time in his career, but it will also be a reminder of how it was the dynastic Congress that gave him a kickstart.

Also read: Jyotiraditya Scindia’s Switch Raises Questions That We Sidestep at Our Own Peril

In 2001, Scindia joined the Congress with a ticket to contest from his father’s seat, picking right where  Madhavrao Scindia left off. Within three years of joining the party, he became a Union minister – something which is out of bounds for most party members. He spent 17 out of his 18 years in politics as a Congress MP, of which he spent ten years as a Union minister. He was made a general secretary and a Congress Working Committee member much before his time would warrant.

If only a year away from power had made him so uneasy, he may not be cut out for a long drawn political career. From Narendra Modi and Amit Shah, whom Scindia now admires, to even Sonia Gandhi, Pranab Mukherjee and Rahul Gandhi, every leader worth his or her time and salt has had to go through prolonged periods of adverse circumstances.

Scindia has shown his weakness. 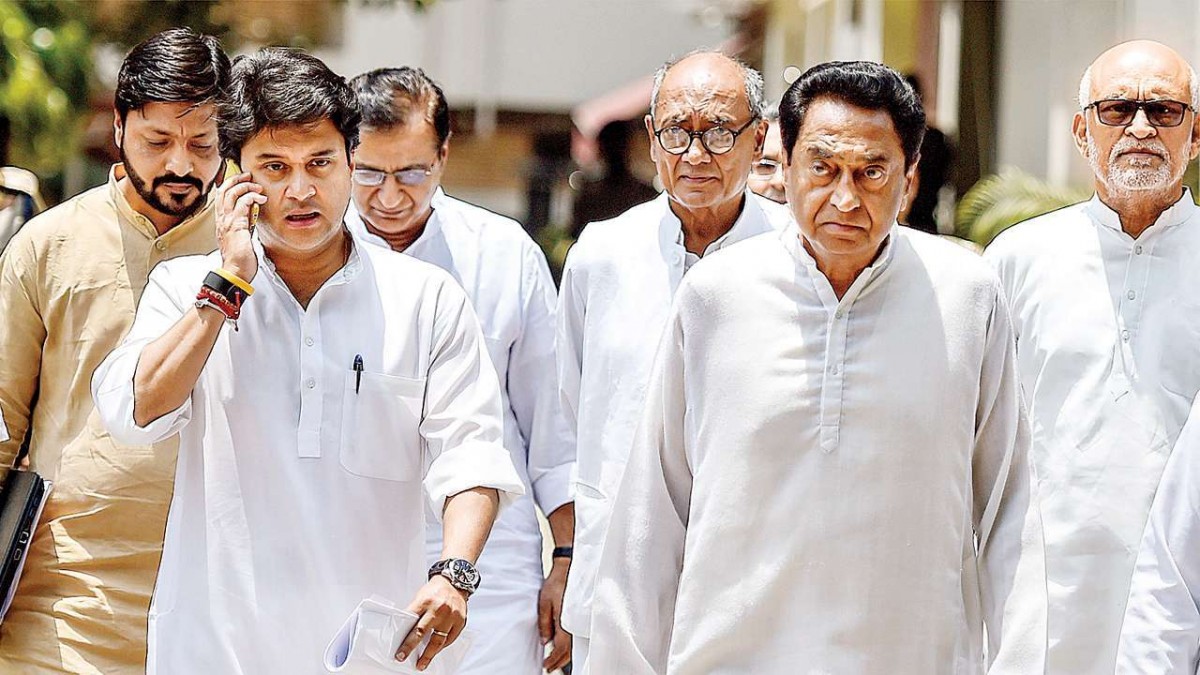 Some within the BJP have analysed the weaknesses of the entire Scindia clan so well over the years that its a part of the folklore in the Gwalior-Chambal region. Shivraj Chouhan himself took to routinely calling him “gaddar (traitor)” and reciting Subhadra Kumari Chauhan’s famous poem ‘Jhansi Ki Rani‘ during the gruelling 2013 campaign when Scindia led the Congress charge. The BJP campaign had coined the phrase “Maaf Karo Maharaj, Hamara Neta Shivraj” for all its television adverts.

The family’s history since Independence has been well documented too: Rajmata Vijayaraje started with the Congress in 1957 and brought down her own government with 35 MLAs in 1967 to make the first multi-party government in the country headed by Govind Narayan Singh. Madhavrao started as a Jana Sangh MP in 1971 but joined hands with Indira Gandhi during the Emergency. He contested the 1977 elections as an independent only to later join the Congress in 1980.

He again left the Congress in 1996 under the hawala cloud but rejoined in 1998. His unfortunate and untimely death brought Jyotiraditya into politics, who would later become the first Scindia to lose in his own fiefdom in 2019 from Guna.

Family histories of loyalty and betrayal matter and voters may vote for a known family, but they can also be quick to discard them. Scindia will have to live with this possibility.

Vidya Charan Shukla was a Union minister for nearly 40 years. He was the son of Madhya Pradesh’s first chief minister Ravishankar Shukla and the brother of Shyama Charan. But his frequent party hopping was noticed by his electorate. It did not matter as long as he was on his side of the secular divide in Indian politics, but as soon as he switched over to BJP in 2003, his career come to an end when he lost his home constituency of Mahasamund to Congress’s Ajit Jogi. He later joined the Congress again in 2007 and was a member till his death in 2013.

Scindia will have to again weigh his losses and gains. He may have been doing so for the past year, closeted with his close advisers. The more politically savvy move for him would have been to enter the assembly and challenge Nath-Singh. Nath has even bated him, saying: “Let him come on the roads if he is so keen.”

With at least 30 MLAs behind him in the assembly, he would have been a force and his time would have definitely come. In the Congress, he was in the top bracket alongside the Gandhis and some even saw him as a potential prime minister. He could have worked on that with his clean image, suave looks and an enviable following in urban clusters. In the BJP, he is not even in the first half dozen at the state level and definitely far behind in the national scene.

His contemporaries within the BJP are unlikely to let him settle so easily as envy and competition will take its toll. Most of them have spent decades climbing up the ladder and will not take easily to someone jumping the queue.

Additionally, Scindia will have to get used to visiting Nagpur and paying obeisance to the bosses there. He may be a Maratha, but Nagpur is no longer ruled by his relatives – the Bhonsles. It’s a new country with new rulers who want to see dynasties die a quick death.