Even as the new anti-conversion Bill threatens to rip apart the state's tribal society, it is the amendments to the land laws that continue to rock the boat. 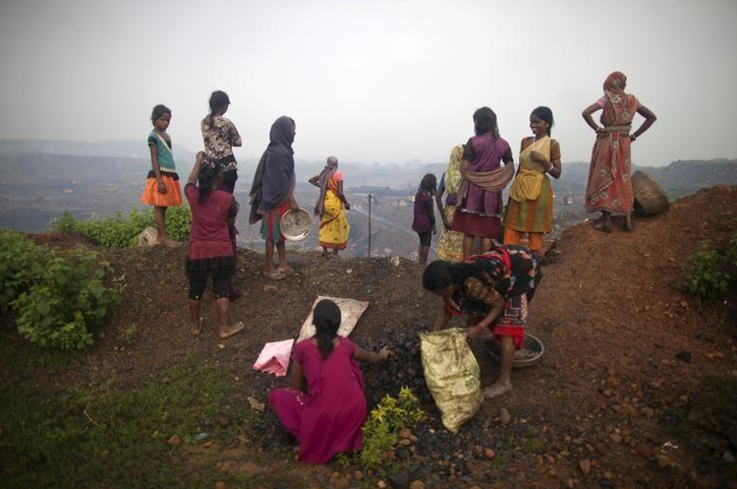 The changes in land laws continue to agitate the tribal community. Credit: Reuters

Ranchi: The anti-conversion Bill passed in Jharkhand earlier this month led to a furore among large portions of both tribal and non-tribal communities. But that doesn’t mean that people have forgotten the amendments made to the Land Acquisition Act, which continues to hurt a majority of the tribal community. The BJP may want to brush the matter under the carpet, but the Chotanagpur Tenancy (CNT) Act and Santhal Parganas Tenancy (SPT) Act continue to agitate the tribal community.

History of  CNT and SPT Acts

Originally authored by Catholic priest J.B. Hoffman, the CNT Act came up in 1908 as a land law, then regarded as a rakshya kavach (protective shield) for the land of tribals in Chota Nagpur. The SPT Act is a similar land Act for the Santhal Pargana, brought about in 1859. Since both Chota Nagpur and the Santhal Pargana are tribal-populated regions in Jharkhand, these Acts contained elaborate rules to protect their land rights. One of the clauses was that non-tribals could not purchase land in these regions.

After coming to power in the state, chief minister Raghubar Das consolidated his position, luring six legislators of the Jharkhand Vikas Morcha into the BJP. He then began talking about amendments to the CNT and SPT Acts, arguing that this exercise alone can usher in ‘development’ in the region.

While Sections 21, 49 and 71(a) were proposed for amendment in the CNT Act, in the case of SPT Act, Section 13 was taken up. The amendment to Section 21 of CNT Act made provision for non-agricultural use of agricultural lands – for which Das was attacked and criticised from all quarters. An earlier amendment to Section 49 of the CNT Act had already enabled the governments to acquire tribal lands for mining and industrial purposes. The BJP government had added another dozen reasons to acquire land, such as for rail lines, dams, canals, pipelines, schools, colleges and hospitals. Amendment to Section 71 (a) of the CNT Act ensured that any illegally grabbed tribal land could not be transferred to non-tribals as the earlier provision said, but had to be returned to the original holder – a revision clearly in favour of the tribals.

The amendments to the CNT/SPT Bills were placed before the Jharkhand assembly on November 23, 2016, and were passed by the House within a record time of three minutes amidst an uproar by the opposition. MLA Paulus Surin hurled a pair of slippers at the speaker Dinesh Oraon, which then lead to a ruckus. The twin land amendment Bills were then sent to the governor, Droupadi Murmu, for her assent. But the situation took a few more unlikely turns before any decision was made.

Shortly after Murmu received the Bills, around 200 different tribal and social organisations called the governor for eight months, pleading and urging her to refrain from giving her assent. Agitated, the tribals were quick to carry out rallies, and held meetings and staged dharnas across Jharkhand, demanding that Das takes back the proposed Bill. The BJP, on the other hand, took to ‘explaining,’ telling the tribals that these amendments were ‘for their own good’.

Interestingly, Laxman Giluathe, the BJP state president, found new ways to argue and win over the tribal communities, which soon led to a divide within the BJP itself. Two camps were formed; one in support of the amendment and another against. Soon enough, governor Murmu took time to ponder over the Bills and eventually returned them to the state government on May 23, asking for reconsideration.

However, Sukhdeo Bhagat, Congress state president, broke his silence on the matter by hitting out at Das, saying, “The chief minister had been arguing that the amendments to CNT and SPT Acts were in favour of the tribal people and it was only through these amendments that development can be brought in the area. He also mentioned how amending Sections 21 and 49 of CNT would help develop Chota Nagpur, which is entirely illogical. According to him, the first will change the very nature of land from agriculture to non-agriculture; the second seems to say that Jharkhand’s BJP government has no plan for the development of non-CNT regions of the state.”

After being pressurised by legislators and parliamentarians within the BJP, Das assured the people that he would drop the idea of amending the CNT and SPT Act during a meeting of the Tribal Advisory Council (TAC) held on August 3. But Bhagat, also a member of the TAC, was present at the meeting and counters all of Das’s claims, saying, “Our party’s new state in-charge RPN Singh is just plugging holes. We would soon undertake campaigns against the BJP’s misrule in the state.”

Opposition parties like the Congress, Jharkhand Vikas Morcha, Jharkhand Mukti Morcha and the Left opposed the amendment proposal of the CNT and SPT Acts. Even tribal and non-tribal legislators from the BJP joined hands in opposition against Das’s move. Senior BJP leaders like former deputy speaker of the Lok Sabha and Khunti MP Karia Munda, and former chief minister Arjun Munda individually wrote letters to Das asking him to reconsider his proposed amendment.

But Das chose to go ahead, allegedly because he was under instruction from the Centre to do so. He even tried to amend the Acts with the help of an ordinance – which coincidentally had been returned by the Rashtrapati Bhavan after delegates from tribal groups called upon the former president, Pranab Mukherjee. Abraham Soy, a youth from Khunti – the village of legendary Birsa Munda – was killed by a bullet when the police tried to stop people from coming to Ranchi to oppose the ordinance. In later days, tribals across Jharkhand decided to boycott the BJP’s MLAs and MPs.

The amendments to the CNT and SPT Acts would attract national and international investors, most of who are eyeing Jharkhand for business opportunities. Soon after Das assumed power, he carried out road shows in cities like Kolkata and Mumbai, urging capitalists to come and invest in the state. These amendments proved to lay the ground for an easy acquisition of tribal land.

“The real reason behind Das going back foot on CNT and SPT Act amendments is that the huge tribal vote bank was shifting away from the BJP because of Das’s move. The social boycotts of BJP legislators and leaders shook them,” said Ratan Tirkey, another TAC member and tribal social leader. He further added, “The BJP was too proud of its majority government in Jharkhand, and hence Das tried to forcefully amend the CNT and SPT Acts. But opposition to his move took shape of a movement in Jharkhand and BJP will have to pay dearly for this daredevilry act in future.”

The monsoon session of the assembly witnessed uproar in the House on the issue of CNT/SPT Act amendment plan, and the parliamentary affairs minister Saryu Roy announced that the state government had decided to take back the Bill. “The Bill would not be placed for formal cancellation in the cabinet. It has now been shelved,” Rai said.

Meanwhile, all of Jharkhand politics was revolving around the CNT/SPT Act amendment, and the issue had managed to drag on for more than two years. Frequent visits by RJD strongman Lalu Prasad Yadav to Jharkhand, though for court appearance in the fodder scam case, has slowly built up into opposition unity as the Lok Sabha elections are nears.

Meanwhile, with a controversial advertisement aimed at Christian missionaries and justifying the anti-conversion Bill by invoking Mahatma Gandhi, Birsa Munda and Congress leader Kartik Oraon; followed by the passing of the Jharkhand Religious Freedom Bill, 2017; and then eventual roughing up of noted economist Jean Dreze, who questioned the intention of the advertisement at a programme of a vernacular daily by some BJP leaders, the BJP government has tried to shift the political spotlight to the anti-conversion Bill from CNT and SPT Act amendment issue in the state.

Even as Jharkhand’s tribal society is yet to recover from the shock of the land Act amendment proposal, the BJP government has brought upon it another blow to bear.