JMM will contest in 43 seats, Congress in 31 and RJD in seven. 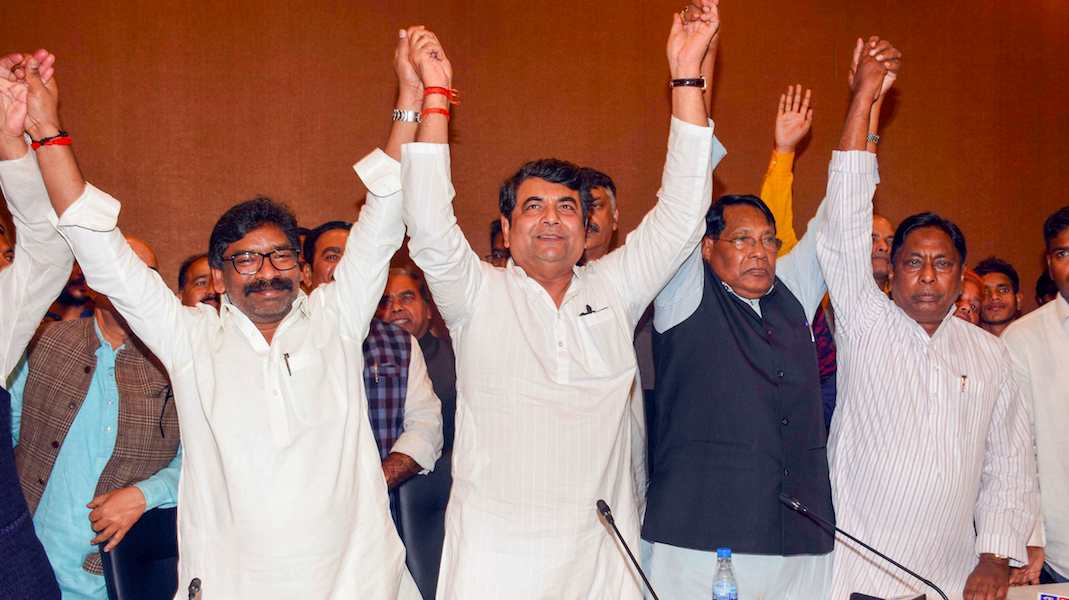 New Delhi: After days of negotiations, seat-sharing talks between the Jharkhand Mukti Morcha (JMM), Congress and the Rashtriya Janata Dal (RJD) culminated on Friday. While the Hemant Soren-led JMM will contest in 43 seats, the Congress – as the junior partner – will fight in 31. RJD, which has a relatively smaller presence in the state, will contest in seven seats.

While Jharkhand has a 82-member assembly, only 81 go to polls. One member is nominated.

At a press conference in Ranchi, Congress leader R.P.N. Singh said that the opposition alliance will project Soren as its chief ministerial face.

Earlier, seat sharing talks between Congress and JMM had hit a roadblock due to disagreements over four seats in which both wanted to contest. The question of whether or not to project Soren as the chief ministerial face also led to alleged disagreements. Both Congress and JMM had laid claim to Bishrampur, Sisai, Ghatsila and Gandey, before eventually coming to an agreement, say sources.

Only when the final list of candidates is released will it be clear as to which party got the ‘better’ deal of the seat sharing arrangement.

Although Congress had held that declaring Soren as the alliance leader would result in aiding the ruling Bharatiya Janata Party’s efforts to consolidate the non-Adivasi population of the state, it finally came around and agreed to JMM’s demand.

According to sources, the alliance eventually concluded that declaring Soren as the leader would help clearly define its campaign. 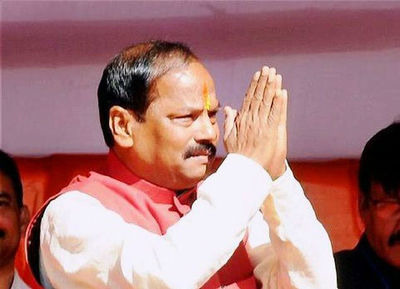 “We can sense a strong anti-incumbency sentiment against the chief minister Raghubar Das, if not against the BJP. Therefore the parties thought that pitching one Soren, who may benefit from his father Shibu Soren’s goodwill across the state will be the right strategy to employ directly against Raghubar,” a Jharkhand-based Congress leader told The Wire.

Since the BJP has already started its “Ghar ghar Raghubar” (‘Raghubar in every home’) campaign in the state, the opposition has found in Soren the potential to run a similar campaign. With Soren as the chief ministerial face, the alliance hopes to consolidate Adivasis who form 26% of the state’s population.

The alliance is also expecting to get support from Muslims who make 14% of the electorate and a sizeable traditional voter base of Congress and RJD across communities.

Until Thursday, there were speculations that Left parties like the Communist Party of India (ML-Liberation) and Marxist Coordination Committee (MCC) will also be a part of the alliance. However, that did not materialise. The Left parties wanted 5-6 seats while the Congress and JMM were ready to give them only two seats – Nirsa and Danwar where they have sitting MLAs.

However, sources in the Congress said that the alliance may not field a strong candidate in these two seats. Marandi has already declared that his party will contest all the 81 seats after its talks with other parties fell through. Congress was willing to give JVM around 8-10 seats but Maranadi wanted quite a few more.

As far as Congress is concerned, it would be happy to have 31 seats in its kitty. It had contested 62 seats in 2014 assembly polls but ended up winning only six. Although it won another two in the by-polls, it forfeited deposits in 42 seats.

“We had won six seats and had come second in 10 seats last time…we won two seats in the by-elections, later including one seat where we had come second. So we were first and second in a total of 17 seats…Even if we get to contest 25 seats, it is a good deal,” a senior party leader had told Indian Express before the final pact was sealed.

Moreover, Congress is still recovering in the state after a significant chunk of its senior leadership resigned to join other parties recently. The Jharkhand Congress chief Ajoy Kumar had quit, complaining that senior Congress leaders undermined the alliance during the Lok Sabha polls. Senior leader Arun Oraon, along with some MLAs, also  joined the BJP recently.

The RJD, on the other hand, will have to make do with only seven against its demand of 15 seats. Since RJD leader Tejashwi Yadav was missing from the presser on Friday, some leaders speculated that he is probably miffed. Soren, too, agreed that there were a few disagreements but added that they “will be sorted out very soon. RJD is a part and parcel of mahagathbandhan.”

In Jharkhand, BJP had polled 51.16% of the vote in the LS polls and won 11 of 14 seats. Yet, the opposition is sniffing victory after the saffron party performed much below expectations in the recently-concluded Maharashtra and Haryana assembly polls. A senior leader of Congress said that given the fact that BJP’s vote share came down substantially from its Lok Sabha tally in the assembly polls, the opposition alliance would concentrate its campaign on state-level issues.