While the BJP machinery has been engaged, the Congress-JMM-RJD coalition is yet to strike hard to cash in on the anti-incumbency factor that is overtly present in many districts in the region.

Ranchi: While BJP’s star campaigners harp on issues of ‘temple’ and Kashmir and the Congress is yet to bring in its senior leaders for campaigns, if non-political citizens closely observing the campaigns in Jharkhand are to be believed, lukewarm voters seem to be greeting the first phase of the assembly elections in 2019.

Candidates hardly talk about local issues. Voters do not expect them to do so either. Traditional issues of sadak (road) and bijli (electricity) no longer exist because these facilities have reached most villages. The issue of quality education in villages does resonate here, though for candidates it is unimportant.

Well constructed and dazzling, white-washed school buildings can easily be spotted, equipped with toilets, drinking water and mid-day meal facilities, but education has disappeared from schools. While a cook preparing the mid-day meal for school children in schools is a common sight, spotting a teacher engrossed in teaching pupils, is rare.

“Nearly all parents have understood the importance of education today. They want quality education for their children, but due to lack of good government school, most look up at private schools to provide education,” said an assistant professor at a graduate college in Gumla, who, having been appointed as a magistrate in the Bishunpur assembly constituency that goes to polling in the first phase, has to move around every day to oversee poll preparedness.

According to the professor, there is a nasty divide among voters along casteist and religious lines like never before. “Situations like tribal-non-tribal divide, Christian-Sarna divide among tribal voters, Hindu-Muslim-Christian divide is too much—a serious cause of concern for a healthy democracy,” he said.

Addressing rallies in Gumla and Daltongan on November 25, Prime Minister Narendra Modi said his government would provide “water to every household in the country by 2024”.

“Just as the work of constructing toilets in every house has been successfully completed, similarly, water will also be provided to every household. Our tribal society will hugely benefit from this mission,” the Prime Minister promised. He also accused the previous Congress governments at the Centre of delaying the resolution of the Kashmir tangle and the vexed Ayodhya dispute. 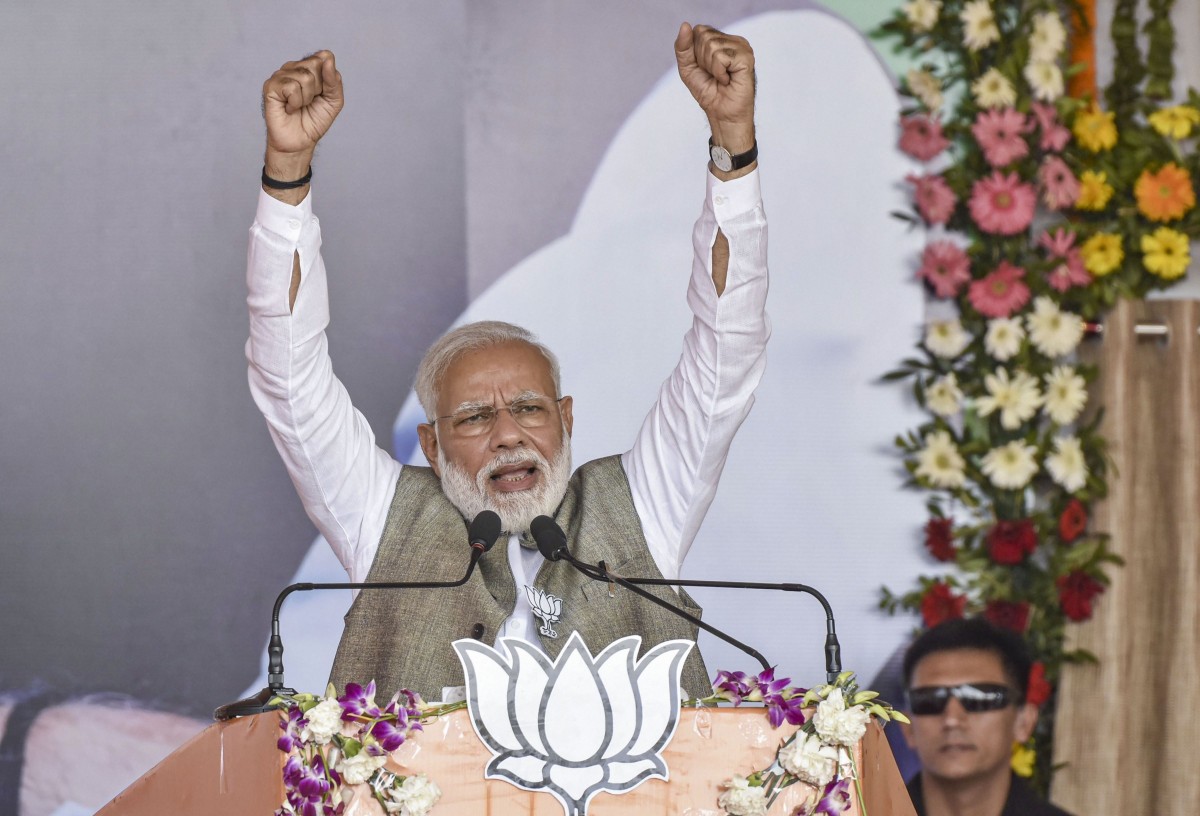 While the BJP has already fielded its star campaigners, the Congress’s senior leaders have yet to step into Jharkhand even as the first phase of the campaign ends in just two days.

Hemant Soren, the working president of Congress’s coalition partner Jharkhand Mukti Morcha (JMM), seems to be the lone fighter against the BJP’s star campaigners. Soren, the chief ministerial candidate of the coalition has spoken of righting the wrongs executed by the BJP during the last five years under Raghubar Das – particularly the recruitment policy of Jharkhand.

Jharkhand Vikas Morcha president and former chief minister Babulal Marandi too took on the BJP by saying that chief minister Raghubar has miserably failed on all accounts.

While constituencies like Gumla, Lohardaga, Bishunpur, Manika are predominantly in the tribal belt, the rest of the first phase constituencies have mixed voters. However, if the aware citizenry is to be believed, a peculiar kind of apathy pervades voter behaviour across the region.

“This time I do not observe the kind of enthusiasm I used to observe a few years ago about elections. Real issues are not being discussed this time. It seems the people will mechanically cast their votes along the lines of caste and religion,” said 60-year-old social activist in Daltonganj Vinod Kumar, who takes an active interest in politics.

Daltonganj is a small town in the Palamau district of Jharkhand, named after British India’s Commissioner (1855-1875) of Chhotanagpur E.T. Dalton, who has written extensively on tribes in the region. Districts like Palamau, and its neighbour Garhwah, are rain shadow zones and receive very poor rainfall.

Also read: Jharkhand Elections: In Jamshedpur East, the Fight Is Between Official and Unofficial BJP

Coincidentally, addressing a rally in Daltonganj on Monday, Prime Minister Modi spoke of ‘water’ – the most valuable commodity for the people of the region. The region also has an acute livelihood problem, and a large number of villagers migrate in search of jobs during the offseason. No candidate, however, has raised issues of unemployment and livelihood.

“Many youths have been trained under the kaushal vikas jojna. But they are jobless. Things like Kashmir and Ayodhya temple hold no relevance for us,” said Chandan Kumar, an unemployed youth in Daltonganj.

While BJP has engaged all its party machinery and top campaigners in the constituencies that go to polls in the first phase, the Congress-JMM-RJD coalition due to its thin presence is yet to strike hard to cash in on the anti-incumbency factor that is overtly present in many districts in the region.

“There is no Pakistan; there is no Kashmir; no temple and no Howdy Modi in the towns and villages of Gumla-Palamau region. People want employment, food security and good education for their children. Most toilets built under Swachh Bharat Mission are not in use. The anti-incumbency factor is strong. But how much of it the Congress-JMM-RJD coalition will be able to cash on is difficult to guess,” said Amarkant Singh, a journalist of a vernacular daily in Ranchi who extensively toured the first phase constituencies. 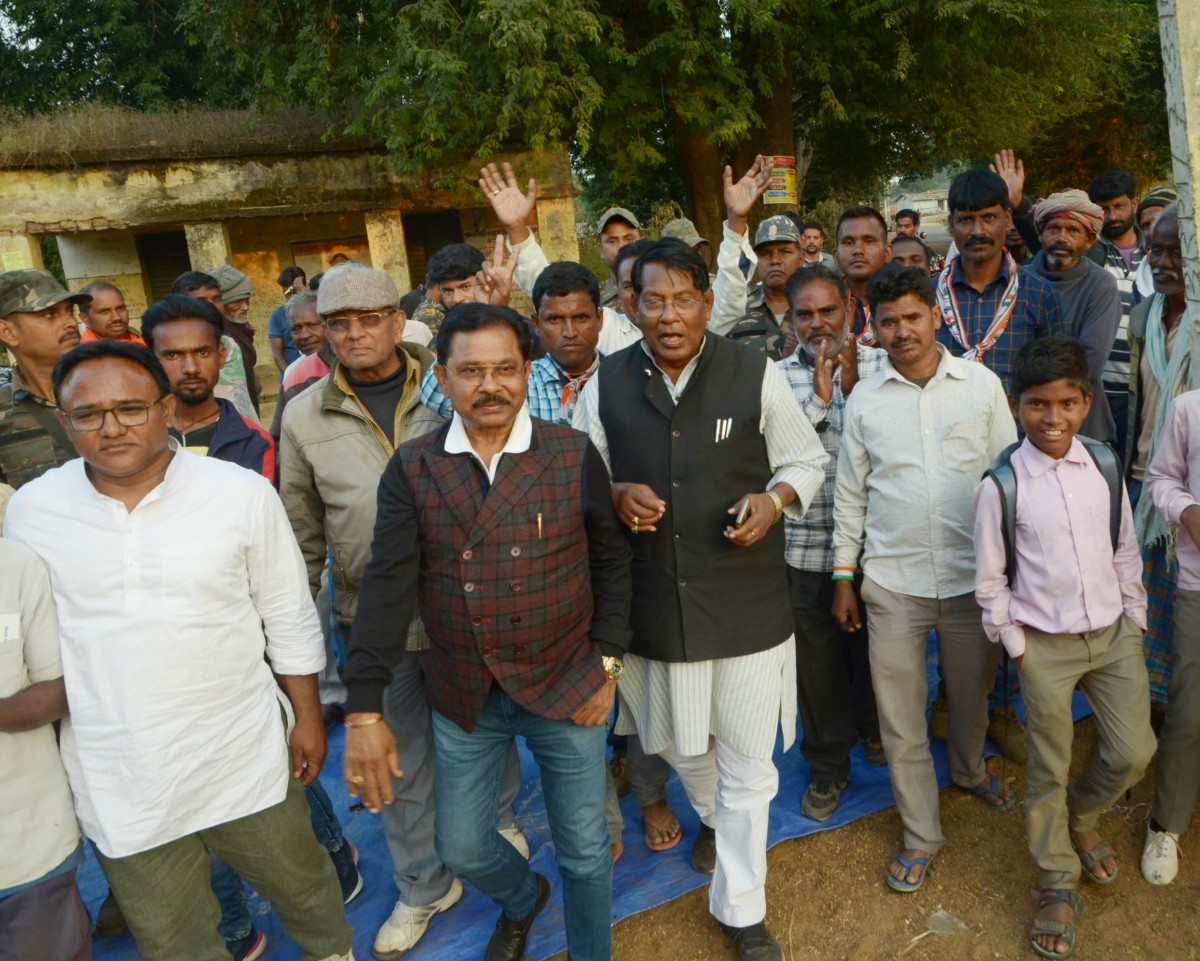 Jharkhand State Congress president Rameshwar Oraon is contesting from Lohardaga, where former Congress president and now sitting MLA in the BJP, Sukhdev Bhagat is struggling to retain his seat. Congress veteran K.N. Tripathy is trying to wrest the Daltonganj seat away from Alok Chourasia of the BJP.

Chourasia, contesting on a ticket from the Jharkhand Vikas Morcha, had snatched the Daltonganj seat from Tripathy in the last assembly election, but had later crossed over to BJP. 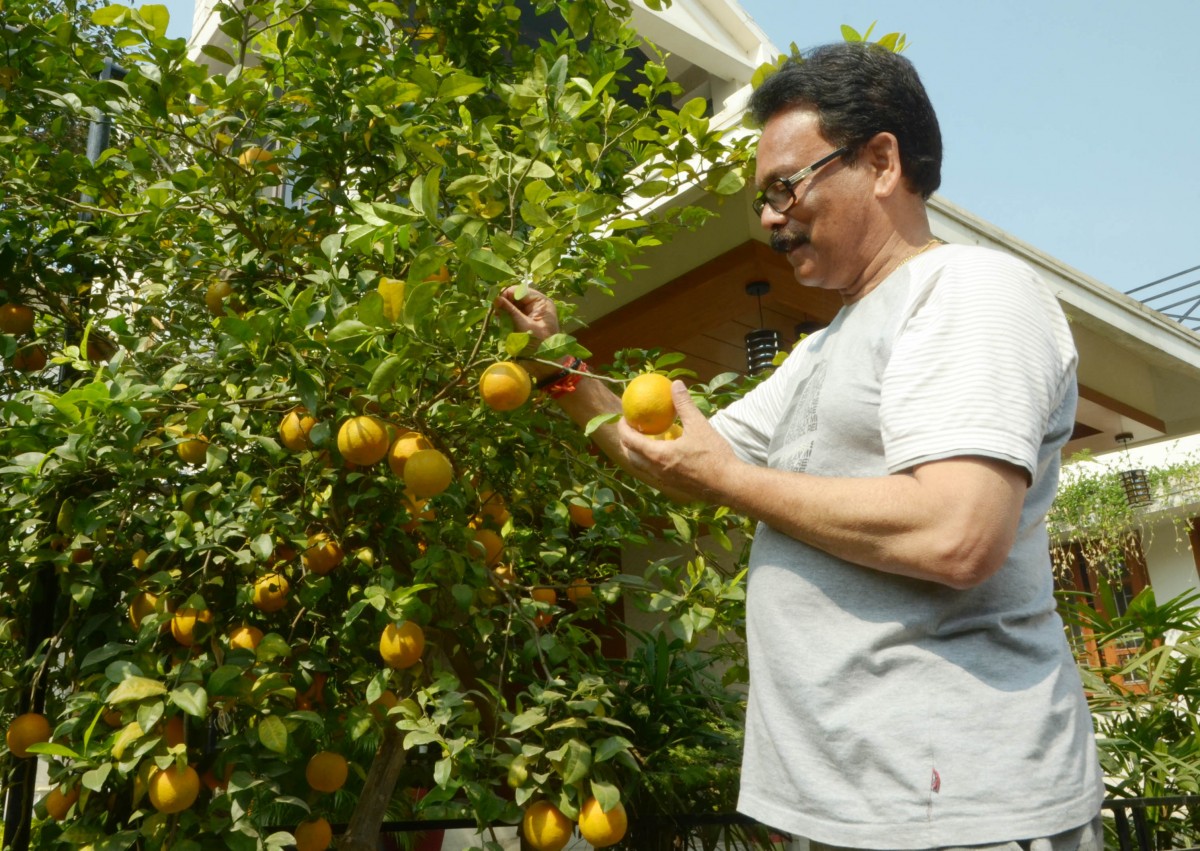 “There is widespread dissatisfaction among voters against Chourasia as he has failed to deliver,” said Ajay Ojha, a local voter. In neighbouring Chhatarpur, the BJP has replaced its sitting MLA Radhakrishna Kishore with a lady candidate Pushpa Devi, following which Kishore sought a ticket from Ajsu Party – the estranged coalition partner of BJP.

Also read: Elections in Jharkhand May Also See a Battle Between National and Local Issues

Owing to the juggling of candidates by the parties contesting elections, voting pattern, in most constituencies of the first phase, has become unpredictable. The BJP however is on the defensive in most constituencies. A total 189 candidates are in the fray for 13 of the 81 Assembly seats in Jharkhand that are going to polls in the first phase on November 30, election office sources said here.