Though the nationalist agenda did not serve the BJP well in Maharashtra and Haryana, the party expects the Ayodhya verdict to give it a fillip in Jharkhand. 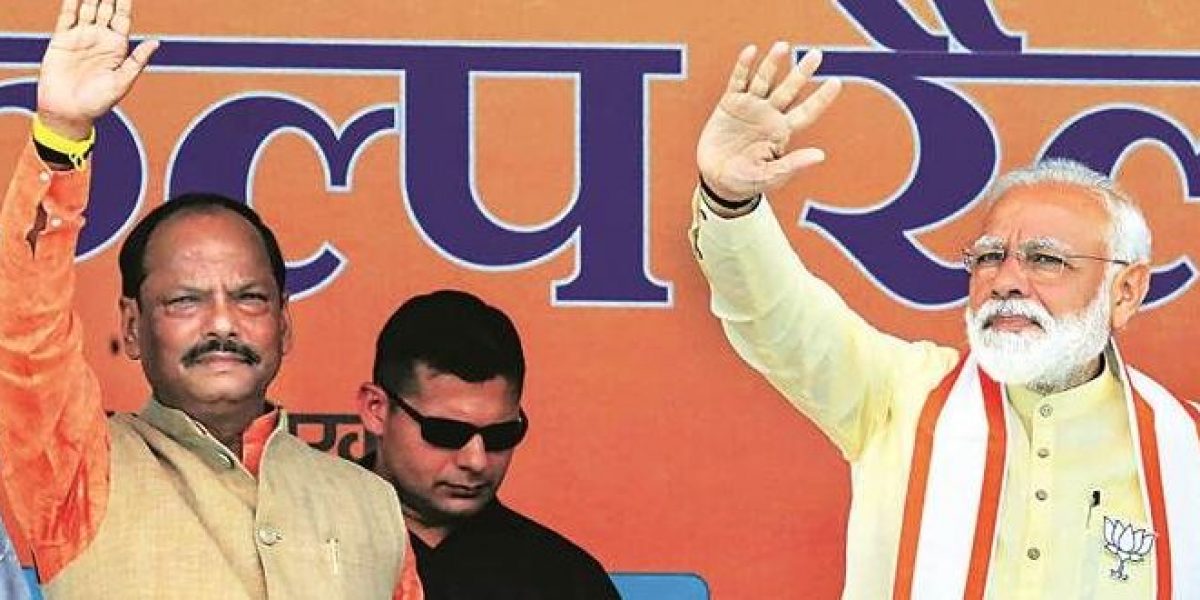 Ranchi: With battle-lines drawn and strategies of parties almost taking final shape, the Jharkhand assembly election is all set to witness a contest between the BJP’s focus on national issues, drawing on Prime Minister Narendra Modi’s popularity, and the opposition’s emphasis on local issues.

Though the BJP is tight-lipped on its strategy, party think-tank insiders indicate that it will go to the polls on issues such as Ram Mandir, Kashmir, “corruption-free Modi government” and the direct benefits provided to people by the Raghubar Das government.

Meanwhile, the JMM-Congress-RJD combine plans to expose the state government’s apparent failures, poor governance, growing unemployment and attempts to amend the Chota Nagpur Tenancy (CNT) Act and the Land Act, 2013 among other things. Already quite a few slogans from either political camps have caught the imagination of voters.

Chief minister Raghubar Das has launched ‘Ghar Ghar Raghubar’ (Raghubar in every house) campaign, mimicking the ‘Har Har Modi, Ghar Ghar Modi’ (Everyone is Modi, Modi in every house) style, while the JMM, the BJP’s arch-rival in Jharkhand, has launched ‘BJP is bar Jharkhand par’ (Send BJP out of Jharkhand this time). While the saffron party has denied tickets to as many as ten sitting legislators, the support of the disgruntled BJP leaders and workers may go to former chief minister Babulal Marandi, whose Jharkhand Vikas Morcha (JVM) has decided to go alone.

A BJP think-tank insider, who is playing a crucial role in the formulating poll strategies, told The Wire that the party will campaign on fulfilling its commitment to build a Ram Mandir in Ayodhya and the ‘ek rashtra, ek pradhan’ (one nation, one chief) principle. “The party also has given clean and corruption-free governance, both at the Centre and at the state level. Besides, the Direct Benefit Transfer (DBT) schemes are popular among people,” the source said.

In the recently concluded Maharashtra and Haryana assembly elections, the BJP also campaigned on national issues, including the dilution of Article 370 and revoking the special status of Jammu and Kashmir. Though the results did not go the way the party expected, the BJP still thinks that national issues will bear fruit with Prime Minister Narendra Modi at the saddle. The recent Supreme Court verdict on the Ram Mandir-Babari Masjid case, too, is being seen as a vote puller. Congress, which is in a coalition with the JMM and RJD, has announced candidates in 24 seats. Under the seat-sharing pact, the JMM is contesting 43 seats, Congress 31 and RJD seven. The JMM has only announced three candidates so far.

Rameshwar Oraon, the Congress’s state president, said that the BJP government in the state has “miserably failed” in all sectors of governance. “Raghubar Das’s tenure has left a scar on all sections of people, particularly tribes, farmers, youth and rural residents. The government attempted to amend the CNT Act and Land Act of 2013 to rob lands off the tribes and farmers. The gap between people and governance is growing every day. Unemployment among youth is growing every day and there is corruption everywhere. We will expose the failures of the BJP government,” he said.

Leader of the Congress in the state assembly Alamgir Alam said that while chief minister Das spent a lot of public money on events like Momentum Jharkhand and employment mela, they have not lived up to expectations. “These events yielded employment with salaries ranging from Rs 8,000-10,000 a month, that too in big cities of other states. How can one possibly survive with this meagre salary in big cities?” Alam asked.

The Congress leaders said the government’s attempts to amend the CNT Act, Santhal Pargana Tenancy Act and the amended Land Act of 2013 have not been forgotten by the people. “The BJP wanted to decimate the people of Jharkhand by amending land Acts that protect them. These things are fresh in the minds of people,” Oraon said.

Jharkhand has 82 assembly seats, of which 81 are elected directly and one legislator is nominated by the governor, usually from the Anglo-Indian community. Presently, the BJP has 37 MLAs, who were later joined by six from Babulal Marandi’s JVM(P) in a cross-over. The JMM has 19 MLAs, Congress only six, while the remaining are held by smaller parties.

Ever since the state was formed in 2000, no chief minister had completed his full term. Raghubar Das, thus, will be the first man to do so. The shortest stint has been ten days: that of JMM chief Shibu Soren in 2005 (March 2-March 12, 2005). In a fluid political situation, upheavals have been common in the state.

JMM working president Hemant Soren said on Monday that the BJP government’s slogan ‘Bhay, Bhut aur Bhrashtachar mukt Jharkhand’ (Jharkhand free of fear, hunger and corruption) was a lie. “The government’s policies are blows on the interests of businessmen, youths, labourers and farmers. This time, the BJP will be given a send-off,” he said at a function at his ancestral home in Nemra in Hazaribagh.

The BJP government claims to have distributed 47 lakh free LGP gas cylinders and ovens among poor rural women, who have availed 35 lakh jobs and self-employment opportunities. PM Modi laid the foundation-stone of the Mandal Dam project in Palamau for irrigation. In order to win tribal votes, the government has also started giving an honourarium to traditional tribal village heads (chieftains) like munda, manki, parha raja etc. The government has also carried out popular beneficiary schemes like the Mukhyamantri Sukanya Yojna for girl children.

Though the JMM and Congress tried hard to get former chief minister Marandi to join their coalition, he was determined to go alone. His party, JVM(P), which in 2014 had eight MLAs – six of whom later defected to the BJP – will field candidates in all the 81 seats across Jharkhand. If this happens, Marandi’s party will be the only one to contest all the seats.

The state will have a five-phased election beginning on November 30, with the last phase on December 20. Votes will be counted on December 23.

V.P. Sharan, a former political science professor of St Xavier’s College in Ranchi, said that the BJP will have a tough fight. “With the AJSU going alone and a few other factors on the ground, it looks difficult for the BJP this time. Marandi is also making a mistake by going alone. The outcome of the elections might startle everyone and in all likelihood, it might be similar to those in Haryana and Maharashtra,” he said.