Jailed in Baroda Dynamite Case, a Socialist Leader Looks Back on the Emergency

Even if Narendra Modi wanted to impose another Emergency, he says, it will not be easy. The media and the judiciary have learnt their lesson from that time and will not give in so easily. 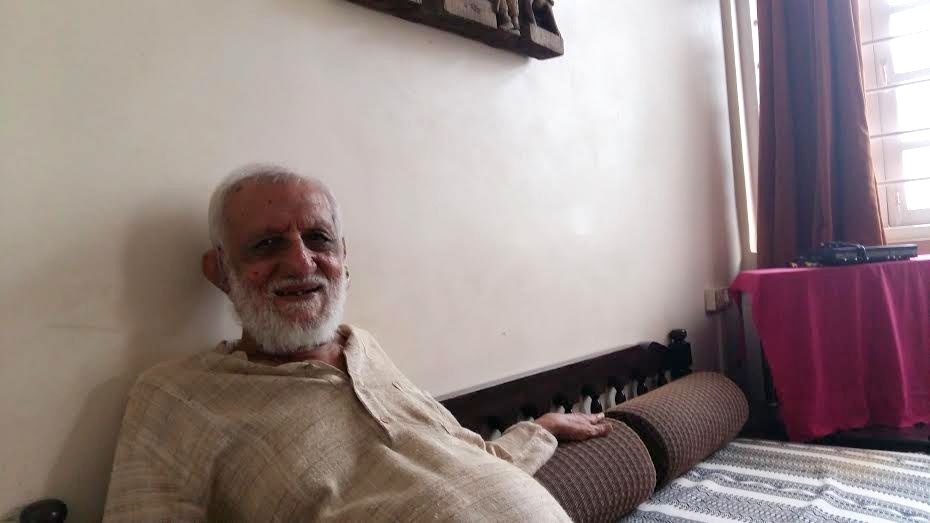 Mumbai: On the morning of June 26, 1975, Dr G.G. Parikh set out as always to go to his clinic—and never came back. His wife and daughter were not worried. At the stroke of midnight, an internal Emergency had been declared and Parikh had made arrangements to disappear. “ I had known that Indira Gandhi would do something drastic—the railway strike of 1974, the JP movement, the student riots and then the Allahabad court judgment unseating her—she was under a lot of pressure and would react,” he says. And she did, by clamping down on fundamental rights, freedom of speech and political activities.

Politicians, intellectuals and activists were being picked up and Parikh, a life-long socialist was sure that he would be too. “Socialists had some experience of going underground in 1942. I simply followed the same methods,” he recalls. Now 91, the spry doctor still has a busy time running his medical practice, managing an NGO on the outskirts of Mumbai and helping bring out Janata, the weekly magazine of the Praja Socialist Party, which has been in existence since 1946.

After staying with friends for a few days, Parikh moved to Gujarat, where a non-Congress government led by Babubhai Patel was in office and the situation was not so drastic as elsewhere. There he stayed for a month and a half, planning, along with other socialists, how to put up resistance. “The socialists’ credo was, no harm to life.” This was where the idea of the Baroda dynamite case was born, though even after all these years, Parikh remains discreet about the details. George Fernandes, who had not yet been arrested, had slipped into Gujarat and Parikh, who was his friend, was entrusted with the task of “looking after him.” He found Fernandes a home and then transport out of Gujarat; thanks to various contacts, Parikh himself was moving in and out of Bombay at the time, though he never went home.“

After a few months, I got a message saying the police was no longer looking for me and I could get back to Bombay. I did and got back to normal life. My wife meanwhile had been arrested. Then suddenly, I was told to go underground again—that was not possible and one evening I told my daughter, I will be picked up by tomorrow. And I was.”

The police came at 5 a.m. and took him straight to Yerwada jail in Poona. There he met up with his party comrades and other political prisoners who all wanted to know the latest news. “I gave them my assessment, that they wouldn’t be out of jail for a while. There were many from the RSS and Jan Sangh too. A few of them wanted to get out of jail and were ready to sign letters apologizing and saying they would not indulge in political activities any more; they did send word to Delhi but there was no response,” Parikh says.

While he was there, a group of policemen came to see him and read out a series of charges accusing him of being part of a group that planned to blow up railway tracks and government establishments. It became notorious as the Baroda dynamite case and the group included George Fernandes, industrialist Viren Shah, journalist C G K Reddy and others. Parikh would not say much except that that he knew Fernandes was trying to source dynamite in Gujarat. With a higher profile now, Parikh was shifted to Tihar jail.

Indira Gandhi announced elections and released political prisoners in January 1977 and Parikh was among them. “I have always felt that she did not have the genes to be a dictator. She had not arrested senior socialists like S M Joshi and N G Goray and that could be to ensure that she always had a channel to talk to opposition leaders.” The socialists joined the Janata Party, an experiment that failed in just about two years. Since then, while other political constituents of the party like the Jan Sangh have thrived, the socialists have dwindled. “Socialists in India have always over-estimated their strength and have not been able to work out their relationship with the Congress—one group wants nothing to do with it, the other says it is the lesser evil,” Parikh analyses. Not that they have disappeared—he still meets socialists and his magazine manages to sells 1500 copies.

Does he fear another Emergency? “I read what L K Advani said, but I am a bit more optimistic. Even if Narendra Modi wanted to, it will not be easy. The media and the judiciary learnt their lesson from that time—they will not give in so easily. Civil society has grown too, though Modi is trying to clamp down on them. I am not even sure the RSS will back him if he attempts something like that—they wouldn’t want to give him so much power. Most of all, I have always felt that Modi is acutely conscious of what the international community thinks of him and if he does impose an Emergency, they will be very critical of him.”