He will serve for three years at the helm. 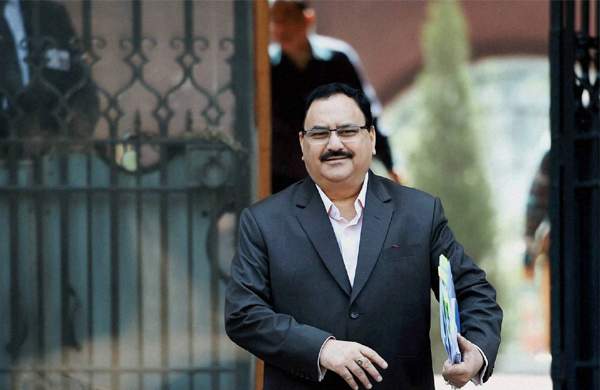 New Delhi: J.P. Nadda was elected unopposed as the BJP national president on Monday after he emerged as the only leader in the fray following the nomination process in which his candidature was endorsed by top party leaders.

Senior BJP leader Radha Mohan Singh, who is the in-charge of the organisational election process, made the announcement at the party headquarters here.

Outgoing president Amit Shah and other senior leaders congratulated the Himachal Pradesh leader, who had been serving as the party’s working president. He will serve for three years at the helm.

He is a former Union minister and is a current member of the Rajya Sabha.

Nadda was first elected to the Himachal Pradesh legislative assembly in 1993 and served as the leader of the BJP’s legislative party. He served as the health and family welfare minister during his second term. He was elected as an MLA for the third time in 2007, again serving as a minister from 2008 to 2010.

Nadda was first elected to the Rajya Sabha in 2012.