It Is G2 Versus 2G…or Four Against a Billion

Indian politics has been usurped by two Gujaratis and two Gandhis, to the detriment of moderation and stability. 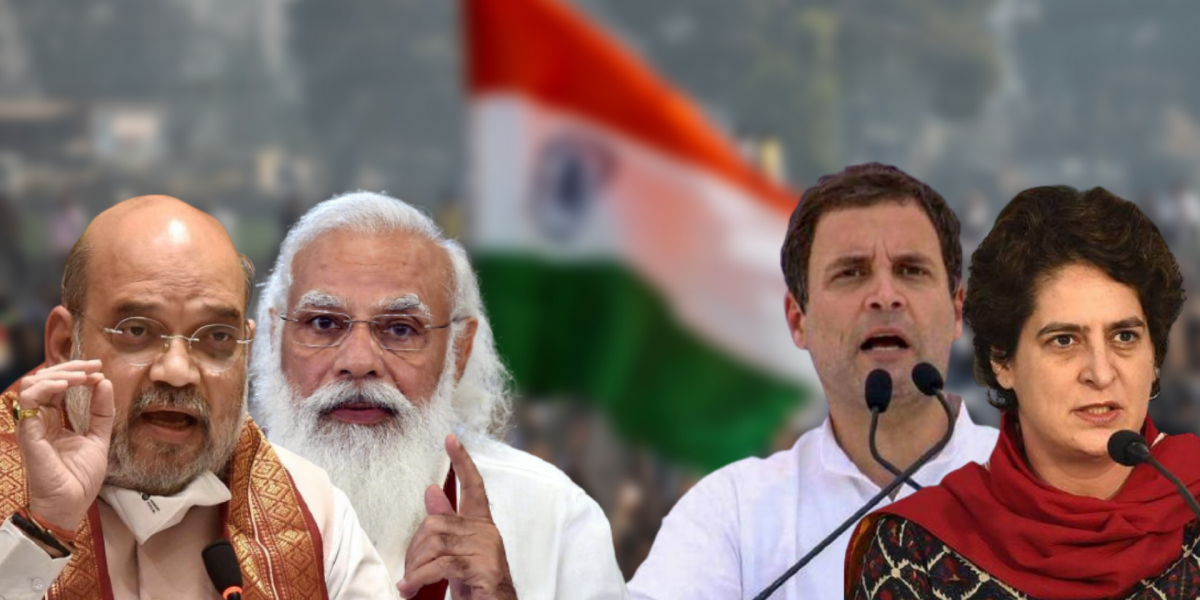 Amit Shah, Narendra Modi, Rahul Gandhi and Priyanka Gandhi Vadra. In the background is a photo of the farmers' protest. Photos: PTI, Reuters. Illustration: The Wire

It may appear utterly incongruous to invoke Angela Merkel – who recently announced her retirement as German Chancellor – to make sense of our political failures and frustrations. During the 16 years she has been at the helm, Merkel remained decidedly un-flamboyant and determinedly un-demagogic – and, that too when the rest of the Europe was flirting with soft authoritarianism and racist nationalism, and when the United States was experimenting with white machoism and cultivated bigotry. She kept Germany on an even keel in an age of global turbulence.

In the just concluded German national elections, when Merkel endorsed her Christian Democrat party’s nominee, Armin Laschet, as her successor, she suggested he could be trusted with her job because he stood for “stability, reliability, moderation, and centrality.”

Unwittingly, she reminded the world of the importance of these leadership qualities. Curiously enough, her party’s Socialist rival (and the putative winner) also marketed himself as her “natural heir”, and the ideal man to redeem those very values.

Back to our troubled land. It is useful to keep in mind that the leadership qualities and values Merkel personified are universal and equally valid for us. And these are precisely the attributes we find difficult to associate with the handful of leaders – in fact, just four – who have acquired a stranglehold on the Indian political landscape.

On the one hand are the two Gujaratis (G2) – Narendra Modi and Amit Shah – and on the other, a brother and a sister (2G). Between them, these two sets have squeezed moderation, reasonableness and stability out of our public life.

First the 2Gs. Punjab was last month’s news, but it is imperative to remember that the brother and sister – without any formal position in the Congress Party – have scripted political instability in a difficult and volatile region. The duo engineered the installation of Navjot Singh Sidhu as PCC president, resulting in the unceremonious departure of Captain Amarinder Singh as the chief minister of the state.

Sidhu is a dangerous demagogue; his open-ended formulation of haq and sacch is short-hand for permanent subversion of established order. His habitual tantrums raise a huge question about the 2G’s judgement of men and matters, an essential attribute of a leader. 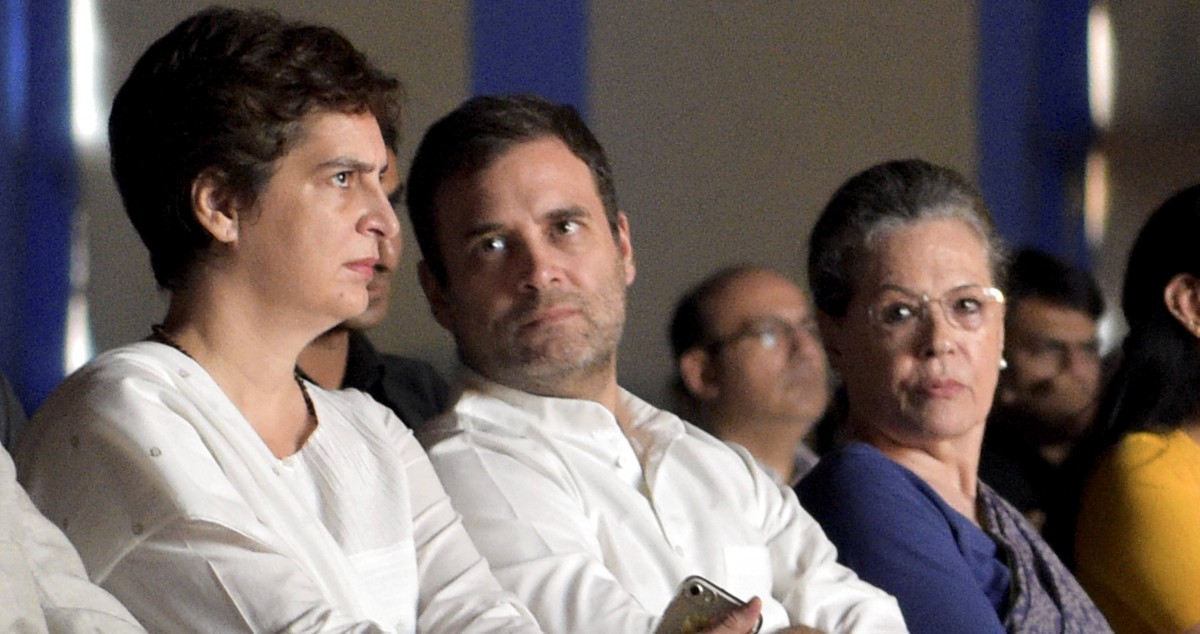 The prospect of lawful, orderly governance in Punjab is now hostage to an unpredictable and unreliable man. Because of the juvenile likes and dislikes of a family, the idea of ‘high command’ and the very idea of the Congress stand diminished. Worse, the Congress governments in Rajasthan and Chhattisgarh have needlessly been saddled with a high command-induced uncertainty. Both the chief ministers are distracted from the task of good governance.

The first sobering lesson that a wise high command needs to learn is that a chief minister under his own party’s cloud loses his efficacy and suffers erosion in his/her ability to command and extract obedience from the bureaucracy and ministerial colleagues.

Admittedly, the G2 occupy positions of pan-Indian importance and consequence, yet there is no getting away from the fact that their values and thinking are shaped by their exertions and experiences primarily in Gujarat. Hence, the G in the G2 sobriquet.

Their Gujarat experience has shaped the G2 into hardened operatives, unafraid to give or take offence, unmindful of protocols and conventions, contemptuous of legal constraints and constitutional restraints. Success at all cost drives them, and every success reinforces the self-hyped claims of  charisma and competence – that dangerous “ will to govern”, that unhealthy fascination and mindless engagement with the policeman’s capacity, caprice and potential criminality to operate outside the law. 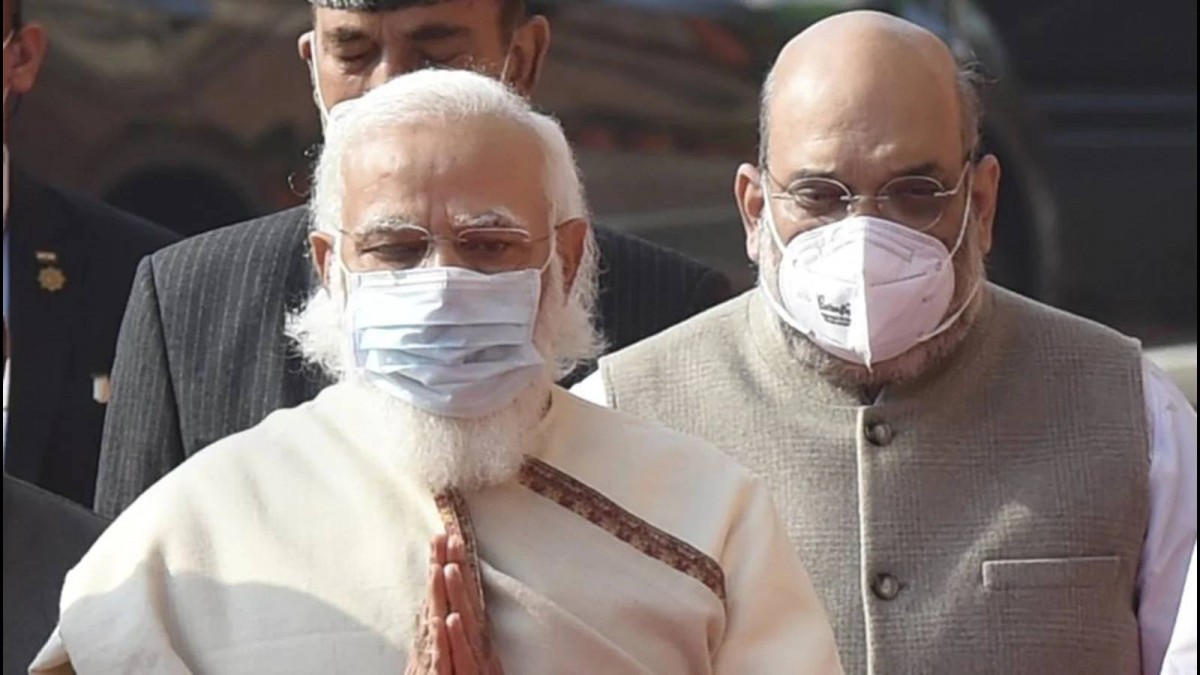 It should be no surprise to anyone that the chief minister of Haryana can allow himself to openly exhort his partisans to forge themselves into a militia to confront the farmers; in Uttar Pradesh, a ministerial convey actually mows down a group of protesting farmers. This new and dangerous proclivity to resort to violence – officially and unofficially against detractors and dissenters – is straight out of the Gujarat blue-book.

Despite their all too obvious differences, a convergence of preferences and impulses can be discerned between G2 and 2G.

The Gandhi siblings, for example, are also not averse to constitutional waywardness and arbitrariness, certainly not in the area of the party’s constitutional formalism.

Both sets of Gs have created their own rationale: the “progressives” believe that Rahul Gandhi is the only person willing and able and determined to stop and confront Modi and the RSS. The Kanhaiya Kumars, Hardik Patels and Jignesh Mevanis find themselves enticed enough to seek their fortunes in the Congress on terms and conditions dictated by the 2G.

Millions passionately believe that Modi and Shah can be excused for their sins, crimes and excesses because they are the bulwark against the Gandhis. It is tempting to believe that occasionally the cunning Gujaratis are not averse to let the tempestuous sister have her “Indira Gandhi moment.”

The Gandhis, as also the Gujaratis, deny anyone dissent and disagreement because the claim is that it is their charisma that enables others to find place under the political sun. Other leaders owe their ideology, platform, position, prestige, indeed the very persona, to the G2 or 2G.

Both lay a claim to a nobility of purpose and intent, hampered by vested interests; both pretend that their hands are clean, even if their respective establishments and connections reek of corruption, criminality and compromise.

For the Congress, the Family is the ideology—a source and inspiration for salvation and redemption; just as for the bhakts, Modi is a uniquely blessed embodiment of progress and prosperity.

This curious jugalbandi between these two sets can only titillate our dark, undemocratic and uncivil impulses. Whereas it is possible to argue that a certain kind of political mobilisation can possibly send the G2 packing, it is unrealistic to assume that the 2Gs will willingly surrender their fiefdom.

What adds to our collective plight is that the two Gandhis remain determinedly un-chastened. The Congress culture clearly stipulates that no Congress leader shall ever – yes, ever – dare inquire into the Family’s inner equations and arrangements. No one can claim to be informed enough to educate the realm as to who in the family is bullying whom or who is calling the shots.

The Family is an opaque phalanx.

True Congress leaders know that the Family will never cede power and control, and that Congressmen will not be able to move beyond them.

The consequences for our democratic polity are painfully clear. If the democratic forces and voices wish to assure the nation that they can provide an alternative to Modi and Shah – an alternative anchored in the ideas of stability, moderation, centrality and  reasonableness – they will have to by-pass the Gandhis in the Congress.