The BJP is trying to take the moral high-ground on corruption by laying the blame for corporate loan defaults on the previous regime. But it is equally on test for the way it handles these cases. 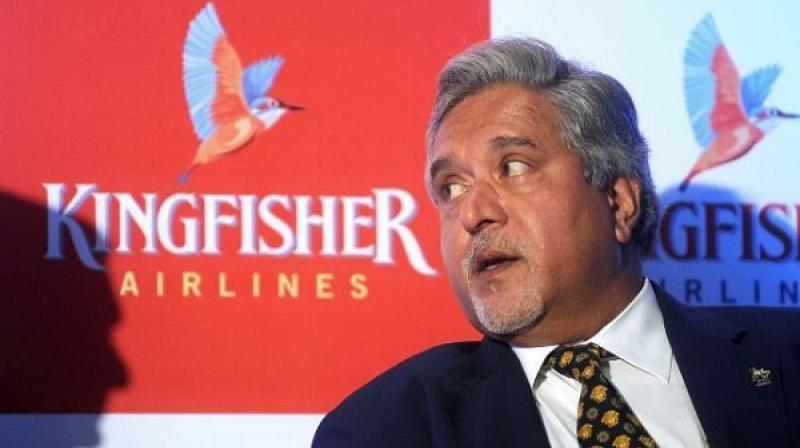 Vijay Mallya leaving the country does not augur well for the BJP's anti-corruption plank. Credit: PTI

India’s security establishment is efficient and alert enough to ensure that an ordinary Greenpeace activist is not allowed to leave the country for a conference in London. The activist was easily identified and prevented from boarding a flight. Yet the same security establishment allows Vijay Mallya, the flamboyant and politically-powerful liquor baron, to leave the country quietly even as the CBI and Enforcement Directorate (ED) are pursuing him in a case of wilful default relating to the non-payment of loans worth 9000 crore rupees to over a dozen Indian banks. The CBI and ED are also probing a loan of 950 crore rupees sanctioned to Mallya’s Kingfisher Airlines, part of which has allegedly been taken out of the country illegally. In the midst of active investigations, Mallya managed to leave the country with effortless ease.

This could not have happened unless those in power looked the other way. Shockingly, Mallya left India on a Jet Airways flight with nearly a dozen baggage items on March 2, which is also the day when the banks moved a special debt recovery court seeking an arrest warrant against him. The banks, suspecting Mallya may flee the country, asked for his passport to be seized. Is this a mere coincidence?

Both Prime Minister Narendra Modi and Finance Minister Arun Jaitley have repeatedly claimed that the BJP-led NDA regime is free of corruption. But many would argue that the manner and circumstances in which Mallya left the country constitute an act of corruption.

Some legal experts are already drawing a parallel between Mallya and former IPL chief Lalit Modi. Both are currently being investigated for alleged money laundering by Indian investigative authorities. It is possible that Mallya, like Modi, may refuse to come back to India. If Indian investigators want to pursue Mallya, an NRI, for money laundering they may have to collect enough evidence to seek his extradition and a criminal prosecution at home. The UK authorities are known to not cooperate unless they are convinced prima facie about the evidence collected and the chargesheet made. Modi had already cocked a snook at the Indian establishment last year when Lalitgate surfaced. He had personally challenged, even dared, Jaitley to prosecute him. How would the Indian stare look in the eyes of the world if Mallya were to adopt the same strategy?

Mallya is only the tip of the iceberg. Participating in a NDTV debate, BJP activist P.N. Vijay named several other influential Indian promoters in the infrastructure sectors who were potentially defaulters. Of the top ten corporate groups that owe banks 7.5 lakh crore rupees, nearly half of these are close to default status. Most members from these groups are politically influential and have friends in all leading political parties.

Vijay has asked for a special alert to be sent around the country by the investigating authorities on the list of fresh wilful defaulters that may surface in the near future. But the problem is that banks exercise a lot of subjectivity in declaring a promoter a wilful defaulter. The broad definition of wilful defaulter is one who has the ability to pay back the loans but is not doing so. Most promoters have the ability to pay back the loans. Since money is fungible, promoters also divert the bank loans surreptitiously to other projects or personal accounts. This is typically done by over-invoicing large project imports running into thousands of crores of rupees. The excess amount paid for imports to an entity abroad typically goes into the promoters’ personal account abroad. The ED is pursuing a similar violation allegedly committed by Mallya.

The over-invoicing of imports has been as routine as a tout inflating the cost of a getting a driver’s license. There are chartered accountants and financiers in India and abroad who adopt standard procedures in bookkeeping to manage the over invoicing of imports. A leading Gujarat-based corporate group known to be close to the present establishment already faces a formal complaint registered by the economic enforcement agencies on charges of over-invoicing imports worth over 4,500 crore rupees.

The BJP is trying to take the moral high-ground over the issue of corruption by claiming the big loan defaults of leading business houses are a legacy handed down by the previous Congress-led government. This is true, but the NDA is equally on test for the way it handles these cases. Recently, the Supreme Court expressed dismay at 1,14,000 crore rupees of corporate loans being written off by banks since 2013-14, perhaps the largest write-off in 48 months. More write-offs are in the pipeline as banks have taken over a dozen bankrupt companies (with mostly useless assets) in the faint hope of reviving them. All this is happening even as big promoters continue to fly their private planes and holiday on their luxury yachts.

The NDA will have to demonstrate that it will walk its big talk against systemic corruption. But the manner in which Mallya left the country does not augur well for the BJP’s anti-corruption stance.