Is it Still Possible to Cast an Educated Vote?

Our true patriotism lies in our will to save the nation from its self-proclaimed 'protectors'. 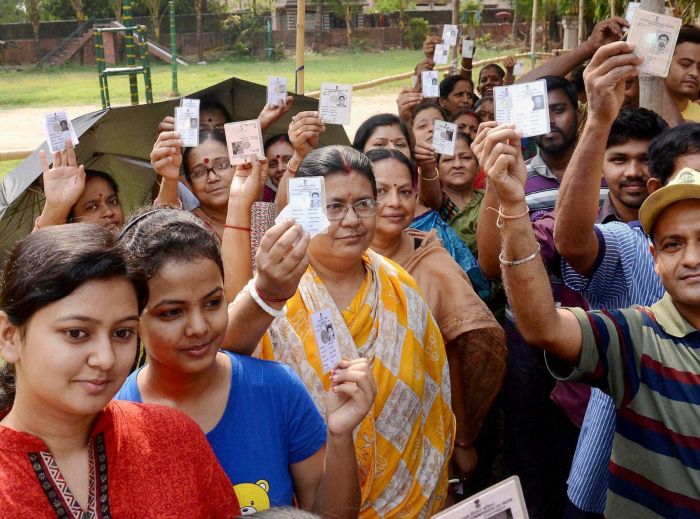 As a teacher engaged in the domain of critical pedagogy, I have always felt that democracy, far from being an object of mass consumption, is essentially a creative practice that involves a high degree of self-reflection and critical consciousness.

I often ask myself: is the act of voting merely a ritualistic exercise sanctifying a form of governance over which – at least for the next five years – we have no control? Or is it possible to educate ourselves and evolve into awakened voters who make the ‘representatives’ realise that we matter? I ask this question because democracy as a mode of engaging with the world needs education – a kind that activates the agency and liberates the consciousness from the principle of domination and the trap of falsehood.

From techno-hallucination to the tyranny of categories

However, there are many obstacles. Take, for instance, the psychic obstacle emanating from the all-pervading techno-hallucination. As social media prepares a toxic ground for fake news, and the addiction to this depthless and instantaneous mode of communication acquires an epidemic character, it becomes difficult to cultivate what a democratic mind needs – the ability to verify facts, the urge to think rationally and the maturity to understand the implications of all sorts of absurdities (say, “Nehru was a Muslim”).

Also read: No One Needs to Prove Their Nationalism, Catholic Church Tells BJP

Think of yet another obstacle emanating from the cult of consumerism that makes us ‘brand conscious’. Yes, in this age of advertisement and seduction, politics too seems to have become a brand. This negates the basic principle of experiencing it as a collective practice for social transformation. As passive consumers, we are now asked to choose a personality or a brand. We need not think of ideologies, we can simply choose ‘brand Modi’ or ‘brand Kejriwal’ – the way one can choose either Lakme or L’Oreal.

As ‘personalities’ become overwhelmingly powerful, the culture of narcissism is normalised. The collective spirit of sharing and doing things together declines. The nexus between the voter as a consumer and politics as a product – or the citizen as a spectator and the leader as a magician – creates the ground for authoritarianism.

Finally, there is another obstacle emanating from our self-perception. It is a vicious circle. Yes, there are traditional and ascriptive identities. But then, with the Census and all sorts of surveys, these identities have further been reinforced and we have allowed ourselves to be classified as Brahmins, Yadavs and Dalits, or Hindus and Muslims. And as the instrumental politics of winning elections at any cost stimulates these limiting identities, we too refuse to see beyond the confines of limiting identities.

We love to see ourselves as the children of ‘categories’. Hence, the caste/religion of a candidate or voter becomes more important than an engaged reflection on the quality of politics, the sincerity of the candidate and the possibility of collective well-being. It obstructs the flow of free thinking.

Can we educate ourselves and overcome these hurdles? Even if television anchors, political leader or ‘election experts’ do not ask this question, we should not forget to ask it. After all, the act of voting is an act of immensely nuanced ethico-political responsibility.

In search of enabling nationalism

Even though this is the time for the ‘festivity’ of elections, we should not forget that the master narrative of emotionally-charged nationalism has caused yet another obstacle. At this moment, when any critical voice runs the risk of being stigmatised as ‘anti-national’, a mature voter is challenged to retain his or her wisdom. To begin with, it needs the clarity to separate life-affirming and enabling nationalism from an aggressive, constraining nationalism. Yes, what goes on these days in the name of nationalism is essentially violent and pathological. This is for the following reasons:

First, it doesn’t need the spirit of love and altruism or the ethics of care. Instead, it demands only the psychology of hatred: you are an Indian because you hate Pakistan, or you come to the street because you want the ‘Muslim traitors’ to get the appropriate lesson. It doesn’t demand anything positive from you. It doesn’t matter whether you are selfish and corrupt in your everyday life, as long as you love war, suspect Kashmiris and want Pakistan to be defeated in cricket. In other words, it is a negative act.

Also read: Invoking Patriotism as a Way of Shutting Down Questions

Second, it equates the nation merely with the land or territory. It fails to see that the symbolism of ‘Bharat Mata’ means a life-sustaining engagement with the people of India – a landless farmer in Bihar, a Dalit artisan in Maharashtra, a Muslim trader in Aligarh, a Kashmiri student in Delhi, a college girl in Nagaland. If the fetish of the ‘nation’ is worshipped without taking care of its people, it breeds some sort of false consciousness – nothing beyond the excitement of a crime thriller.

But then, is it possible to move towards life-affirming nationalism? It is about positive practice, about creating conditions for collective welfare, about love and empathy and it promotes the ground for rooted cosmopolitanism. Even though you are rooted in your language and religion, you can establish an act of communion with the world – you could enjoy Pakistani theatre, you would not reject Iranian cinema and the tales of the Buddhist monks of Vietnam would fascinate you. You would begin to see the limits to the Savarkar-Golwalkar-Modi discourse. Nehru, Azad, Kabir, Nizamuddin Auliya, Gandhi and Tagore possibly strove for this sort of ideal.

We are living in dangerous times. The mass psychology of hatred calls for war, the valorisation of the might of the army and a growing herd mentality has led to a climate where it is difficult to tell genuine concerns from constructed ones. Does cow vigilantism combat the agony of farmers? Does the spectacular demonstration of the surgical strike help the Adivasis of Madhya Pradesh and Chhattisgarh? Would the construction of the Ram temple in Ayodhya assure education and employment for the youth?

I believe we must ask these questions. Raising these questions is not an ‘anti-national’ act. Instead, this reaffirms our true patriotism – our ability to save the nation from its self-proclaimed ‘protectors’.

As voters, can we educate ourselves and make a meaningful choice? Or, is it an impossible dream?