The Invisible 'Other' in Today's Segregated India

The physical segregation of Muslims in Gujarat is a part of the larger Hindutva objective to alienate those considered the ‘other’ from mainstream political processes. 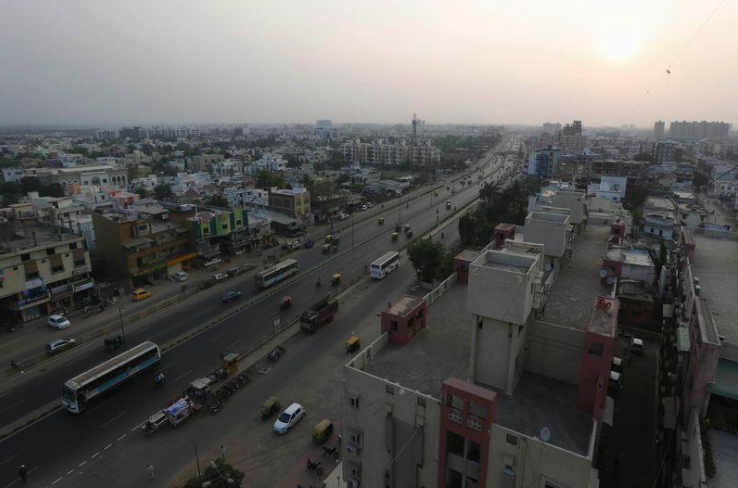 During my recent visit to Ahmedabad, I asked a friend who lives in a Muslim locality of Paldi to guide me through the area. Paldi is inhabited by Jains, Hindus and Muslims who live in separate housing societies. This is the same area where recently a poster surfaced saying, “Don’t let Paldi become Juhapura”.

Muslims who live in this area are perceived to be affluent and educated. To my question of why Muslims prefer to live here and not in Juhapura or some other area, my friend replied, “because of status”. As we were going around the area on his scooter, he kept pointing to spaces belonging to Muslims. He kept identifying areas as ‘safe’, ‘more safe’ and ‘safest’. I was perplexed as he kept mentioning the words ‘safe’ and adding degrees to it. “Why is this safest?” I asked him as we moved ahead. He made an interesting observation: “No one can attack this area if riots take place, this area is safe because there is high concentration of Muslims here. A few hundred people cannot attack an area with a population of more than a thousand”. At the end of the small tour, we came across a building where I saw flags, posters and banners of the Congress party. Pointing to this building he said, “This is the Congress headquarters and one of the main reasons why the area is safe”.

Even 25 years after the Babri Masjid demolition and 15 years since the Godhra incident, Muslims in Gujarat continue to live in perpetual fear. Some 1,300 km from Ayodhya, in Ahmedabad, the impact of demolition was experienced by people who had no direct physical proximity with the mosque. The Muslim population, in popular perception, is associated with certain characteristics. These markers are imprinted both on their bodies and in the spaces they inhabit. It leaves them vulnerable even if an event happens in a distant land in this country.

In the aftermath of the violence in 1992, the Muslims in Gujarat were forced to migrate and live in ‘safer areas’, particularly in Juhapura. It’s very important to understand what ‘safe’ means for Muslims living in India. During my fieldwork, I frequently came across the terms ‘safe’ and ‘safety’ both in Ahmedabad and Delhi. What is it that makes Muslims across regions use the same vocabulary, talk in the same language? As far as I have understood, ‘safe’ for them implies a lot more than an escape from the fear of violence. For them, it becomes an expression of their self, identity and ownership of space. A space where they don’t just feel secure but can also perform everyday rituals of life without a sense of stigma and shame. A space where they can connect with the discourses of citizenship.

Post the 2002 violence, Juhapura emerged as one of the ‘safe’ areas in Ahmedabad which came to have a large concentration of Muslims. Juhapura is called chhota (mini) Pakistan for being a place which has a large population of Muslims from outside that locality. Recently, a video surfaced of a BJP contestant, Shailesh Sotta from the Dabhoi assembly seat, in which he is pointing to topi and dadhiwalas calling them “anti-social elements” and saying their population “needs to reduce”. Last year, on October 12, 2016, Praveen Togadia in his Vijaya Dashmi speech at Rajkot, compared Juhapura with Pakistan’s Lahore – the two places that according to him are “breeding terrorism”. The boundaries such as roads, streets and walls of Juhapura that separate it from Hindu areas are still known as ‘borders’.

The space inside the borders is a safe space for Muslims. For outsiders, Juhapura physically, geographically and socially separates the residents living inside the border with those who live outside. The term ‘border’ is not one without a history; its origin lies in the 70-year-old history of this subcontinent. The term symbolises a geographical area which separates two nations. Used in this context, the term refers to Juhapura as an area that is alien – separate and foreign – within the very territory of India.

The physical geographies of the border are imprinted on the bodies of the subjects of this nation, who are the citizens of the secular, liberal and democratic republic of India. Yet, they are called ‘Pakistanis’. That’s the paradox – how Indian Muslims, even 70 years into their association with the Indian nation state, are represented in the larger narrative and discourse of India as a nation. Who is an ‘Indian’? Are Muslims even considered to be citizens of India?

The denial of justice and impunity to perpetrators of communal crimes has greatly eroded India’s ideas of secularism and liberalism. The demolition of the Babri Masjid as an act in itself was directed to initiate a rabid process of cleansing this nation of the symbols and markers that connect the idea of India to its plural history. It has also led to the process of invisibilisation and silencing of those who are deemed as ‘other’ in the idea of the ‘Hindu rashtra’, thereby indicating a deep departure from the founding principles of this nation.

The Bharatiya Janata Party and Hindutva organisations have been successful to a large extent in achieving these objectives. The cleansing process becomes visible in the actions targeting Muslims in Gujarat: excluding and segregating them, and alienating them from the larger mainstream political and decision-making processes. The objective is to invisiblise voters who are considered the ‘other’, not only in Gujarat but across the country.

Gujarat has been a laboratory for Hindutva to perform and carry out such politics. It has been successful to a large extent in cleansing and invisiblising the ‘other,’ particularly in the electoral processes. Denying candidature and representation to Muslims in Gujarat elections – even though they constitute 9.67% of the total population of the state – clearly point to the systemic way in which they are being excluded from the electoral processes.

In the current elections of Gujarat, time and again Muslim subjects of this nation are reminded of the fact that their association with this nation is subject to the majoritarian consensus. With jibes like ‘Auranagzeb raj’ or ‘anti-social elements’, an ‘authoritarian’ figure of the past is used to represent the subjects of the modern Indian nation state as being threatening and barbaric. The perception of this threat can lead to very violent outcomes, as is evident from the recent horrific murder of a labourer in Rajasthan because of his Muslim identity.

The new development in the Gujarat elections is how the Congress is maintaining its distance from ‘Muslim issues’. Is it because of their newly-formed association with Patidars? Or is it the effect of Hindutva electoral calculations and practices, where Muslims have systemically been rendered insignificant and irrelevant? Or both? Whether the BJP wins or loses in Gujarat, the poignant question to ask is what effect this form of politics will have on the representation and participation of minorities in the nation’s electoral processes, both at the state and national levels.

Asaf Ali Lone is an independent researcher. His research interests are urban segregation, marginalities and resistances.