Former chief minister Marandi discusses how the BJP at the central and state levels has done little to develop Jharkhand. 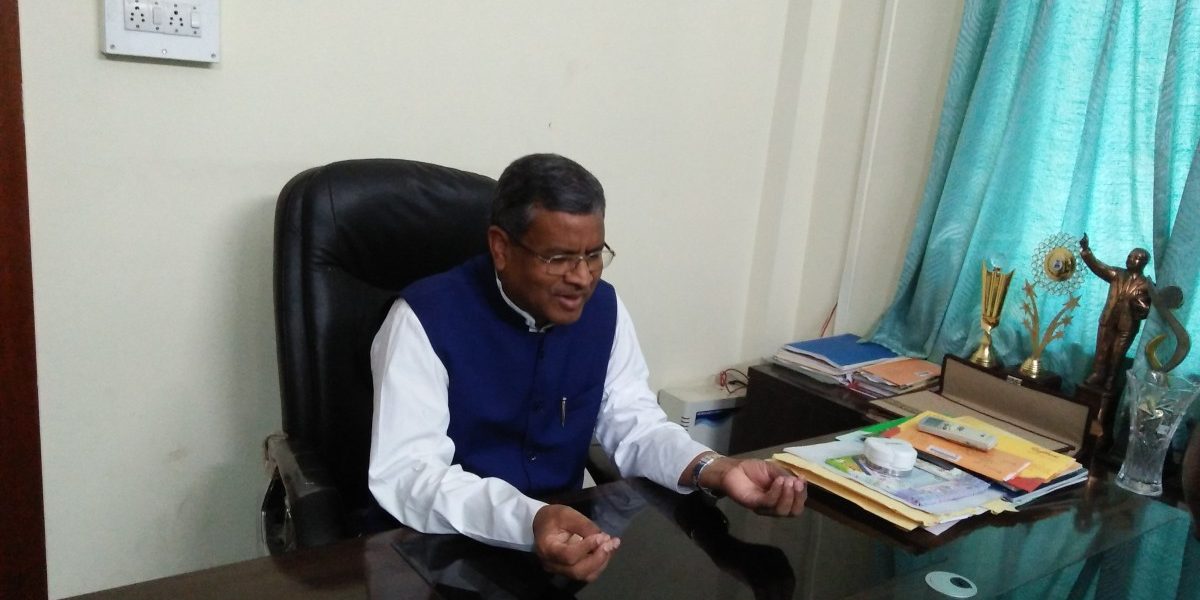 Ranchi: Babulal Marandi, the first Chief Minister of Jharkhand, quit the Bharatiya Janata Party following differences with senior leaders to float his own party – Jharkhand Vikas Morcha – in 2006. He has been a critic of the BJP government both at the Centre and in Jharkhand. Having spoken fearlessly on the issues of government policies and actions, he has played a crucial role in uniting the Opposition in the state. In an interview with The Wire, he talks about progress in Jharkhand, the term ‘urban Naxal’ and more.

How would you rate the four years of BJP government at the Centre and in Jharkhand?

Farmers, Adivasis-Moolvasis, Dalits, labourers, poor people and unemployed youth do not figure as priorities of the government for the Centre as well as in Jharkhand. Sectors such as education, healthcare, law and order and social justice have deteriorated. Unemployment has increased. Youth and women are frantically looking for employment opportunities.

In Jharkhand, men and women from rural areas are migrating along with their children in search of livelihood. The government has totally missed the very meaning of ‘development’. To them, development has become only ‘for the corporate’. For the development of corporate houses, they [the government] tried to amend the Chotanagpur Tenancy Act and Santhal Pargana Tenancy Act. They managed to amend the Right to Fair Compensation and Transparency in Land Acquisition, Rehabilitation and Resettlement Act, 2013.

In Godda, for example, the BJP government of Jharkhand lowered the land rate to Rs 12 lakh per acre. The original rate there was Rs 1.60 crore per acre. This was done specifically for Adani Power Jharkhand Ltd in Godda. When we fought, the Raghubar Das government raised the rate to Rs 25 lakh per acre. It is very clear what the priority is for BJP government and who are in the focus. Thousands of families have settled on gaer majurua land in Godda and these lands have been placed in Land Bank of the Government. They do not want to follow the The Right to Fair Compensation Act, 2013 and want to literally gift land to corporate houses for free.

The government in the last four years has been, at best, visible ‘in roads and monuments’. Meaning, all that the government has done is construct roads and erect monuments.

Your son was killed by Naxals in 2007. Being a victim of ‘naxalism’, what are your comments on the BJP government-coined term ‘Urban Naxal’?

They want to suppress every voice that is raised in support of the poor, the tribals, the farmers and the Dalits. In the past few days, intellectuals, activists, priests who worked for tribal rights, Dalit rights, rights of the farmers and the poor, have been arrested, harassed. They use such weapons like mob lynching to suppress people. It is their vichardhara; they are weak people, they are bhaybhit (fearful). Through suppression they want to display strength. In the four years, they achieved nothing and hence this is what they will do to deflect the attention of the people. They brought the link of Bhima Koregaon incident to Ranchi.

What is the stand of your party ….?

(Interrupts) We are democratic. We believe in vicharon ki swatantrata (freedom of thoughts) and respect it. It is a fundamental right in a civilised society. We are against any sort of suppression to ‘freedom of thoughts’.

Is the recent incident of arrests across the country on the new-found ‘Urban Naxal’ concept in line with BJP government’s way of dealing with Khunti in Jharkhand?

Not only in Jharkhand, dividing the larger society into small groups on the lines of caste and creed is being done everywhere. What happened in Hyderabad with Dalit student Rohith Vemula? Instead of taking it seriously, the prime minister said ‘Don’t kill the Dalits, kill me’. In Jharkhand, tribal people very well understand the divisive plan of the government and they will not be fooled.

People allege that even you tried to divide Jharkhand into groups when you were the chief minister.

I would say that the government should stand by the poor and the oppressed. When I was the chief minister, I decided that the Class III and Class IV jobs be given solely to the original residents of Jharkhand and this is the practice in other states too. I called the Opposition and held discussions on this issue. It is only after they gave their consents that I put the ‘locals’ on priority for Class III and Class IV jobs. As to who a ‘local’ is, it had to be decided as per the last survey records.

Youth of Jharkhand have the right to be employed as clerks, constables, peons and so on in government offices. Then, I decided that all the local ‘haat bazaars’ (village markets) be arranged for the villagers to manage, replacing the practice of auctioning market management to the rich and the powerful. There were 570 haats across Jharkhand where the local villagers were given the right to manage (collect revenue and ensure facilities for shopkeepers and shoppers in lieu). The rich who had interest in these village markets went to the high court. I made the policy of fee reimbursement for poor ST, SC and OBC students studying technical education outside the state. Now, the Raghubar Das government has stopped all of it. How will the poor make progress?

You are playing a key role in uniting the Opposition in Jharkhand against BJP for 2019 though you well know that on previous occasions, parties have fought elections separately. How real is the coalition in Jharkhand this time?

Coalition is a need in today’s situation. People across India are tired of tantrums of the BJP government, they want a united coalition. In Jharkhand too, similar situation prevails and here too people want a united Opposition to take on the BJP in 2019. The coalition is not yet done ‘on the talk-table’, but everyone has agreed on this.

It may be far-fetched, but is Babulal Marandi in the race of chief ministership in Jharkhand?

After setting up our party Jharkhand Vikas Morcha in 2006, we tied up with the Congress for 2009 Assembly elections. It worked well. The issue of CM’s post is not what is important, it can be settled after the elections. Pehle bachcha to ho, phir namkaran ki soche (Let the child be born first, then we will think of a name). Keeping in mind the politics of the country, we have to place the best foot forward.